J.Lo and the Stars Who Court Global Controversy

Lopez is not alone in taking large payments for private performances on international soil, often at the risk of drawing ire from human rights watchdog groups

Jennifer Lopez is making headlines for singing "Happy Birthday" to the leader of Turkmenistan, a man accused of human rights violations.

It's not the first time "Jenny from the Block" has courted global controversy over a live appearance, and Lopez is not alone when it comes to celebrities performing paid gigs for international figures or governments under global scrutiny.

She sang at the wedding of an Uzbek businessman in Ukraine, reportedly for $1m (£660,000), and also at Russian tycoon Telman Ismailov's lavish birthday party for which she reportedly pocketed $1.4 million.

Russia's prosecutors are currently investigating charges against the Cherkizovsky Market which was owned by Ismailov's AST group. The market was shut down in 2009 in response to regulation violations, the alleged sale of counterfeit goods and employment of illegal workers.

According to the U.K.'s Guardian, Lopez declined to discuss Russia's human rights situation ahead of two performances in the region in 2012. In response to a question from a fan concerning the jailed punk band Pussy Riot, she is quoted as saying: "I don't like to talk politics, to be quite honest."

Lopez is believed to be one of the first major stars to visit and perform in Turkmenistan, a nation whose people live in poverty and access to social media and websites run by independent media and human rights groups is banned.

In a statement released on Sunday Lopez's publicist said that had the singer been aware of Turkmenistan's human rights issues, she would not have performed there. The statement also said the event was hosted by the China National Petroleum Corp. (China's state-run oil and gas company) and wasn't a political event and the request to sing happy birthday to the country's leader, Gurbanguly Berdymukhamedov, was made at the very last minute. 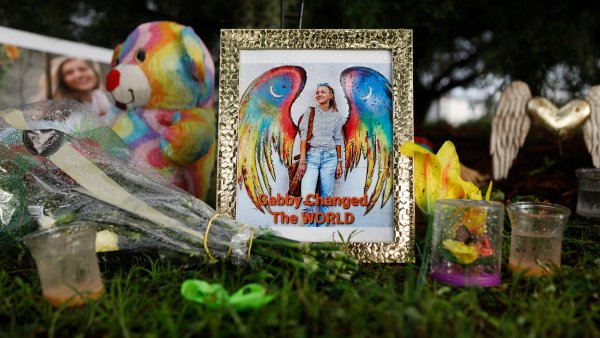 Berdymukhamedov has been criticized for oppressive rule by human rights organizations. As a nation, Human Rights Watch describes Turkmenistan as "among the most repressive in the world."

But Lopez is just one among many celebrities whose appearances on foreign soil has sparked controversy.

Swank wished the leader a happy birthday and Van Damme ended his speech by yelling: "I love you Mr Kadyrov!" Human rights groups accuse Kadyrov of persecuting critics and committing abuses in his fight against insurgents.

"Shame on me," Swank later said. "The bottom line is that I should know where I'm going, and do better research."

The actor didn't stop with a mere apology, however. Swank went on to sack her manager of eight years and most of her management team in the wake of the resulting outcry over her appearance at the event.

While Swank took the high road, Seal lashed out at detractors in Twitter posts. "By going there, I played MUSIC for the Chechenyan people. I'm a MUSICIAN and would appreciate if you leave me out of your politics," he wrote in response to a follower.

Cuban leader Fidel Castro was in the front row when Welsh rock band The Manic Street Preachers played in Havana in 2001. Castro went backstage for a chat before the 90-minute performance, which took place before a massive Cuban flag. At the time the group called the meet-and-greet "the greatest honor" of their lives.

"Cuba is an example that everything doesn't have to be Americanized," lead singer, James Dean Bradfield told the Guardian. Guitarist Nicky Wire insisted the visit was "not like a student Che Guevara sort of thing - it's just that Cuba for me is the last great symbol that really fights against the Americanization of the world."

Back on home soil and lacking any connection to human rights violations, Elton John still managed to raise eyebrows in 2010 when he played at the wedding of political and social pundit Rush Limbaugh, a figure whose remarks about homosexuals had drew outrage in the past.

John reportedly pocketed a cool $1 million for the event, which has since gone to the Elton John Foundation for AIDS.

Also in 2010, entertainer Sting was labeled a hypocrite after he performed at a concert arranged by Gulnara Karimova, daughter of Uzbek President Islam Karimov who is known to run a repressive regime that thwarts political opposition and controls the media.

"I am well aware of the Uzbek president’s appalling reputation in the field of human rights as well as the environment. I made the decision to play there in spite of that," said Sting following his performance.

"I have come to believe that cultural boycotts are not only pointless gestures, they are counter-productive, where proscribed states are further robbed of the open commerce of ideas and art and as a result become even more closed, paranoid and insular," he added.

"I seriously doubt whether the President of Uzbekistan cares in the slightest whether artists like myself come to play in his country, he is hermetically sealed in his own medieval, tyrannical mindset."

Mariah Carey appeared at a New Year's celebration the Gaddafi's paid for at the end of 2008 and Beyonce sang at the same event the following year. Rapper 50 Cent and Canadian singer Nelly Furtado also performed for them at a private concerts in 2005 and 2007 respectively.

Following the Libyan uprising in 2011, many of the boldfaced names who had taken payments from the disgraced leader and his clan - including Furtado, 50 Cent and Beyonce - swiftly donated their fees to charity.

"I was naive and unaware of who I was booked to perform for," Carey said of the appearance. "Going forward, this is a lesson for all artists to learn from. We need to be more aware and take more responsibility regardless of who books our shows. Ultimately, we as artists are to be held accountable."