Arbery's death "is a representation of the ongoing level of distrust that a large part of our communities have in law enforcement and elected officials," NFL's Malcolm Jenkins said.

More than 60 current and former NFL players and coaches signed their names to a letter to Attorney General William Barr last week asking he use the full force of federal law to investigate the fatal shooting of Ahmaud Arbery, a black man followed and fatally shot by white men in his Georgia community on Feb. 23.

That letter from the Players Coalition, a social justice group formed in 2017 in the wake of player protests during the national anthem, said the Department of Justice and FBI are needed to ensure Arbery's case wasn't mishandled by local authorities and that the men charged with murder are held accountable. 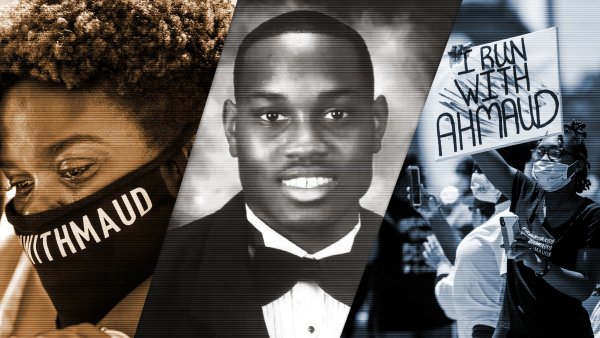 Ahmaud Arbery's Mom Says She Was Shocked But Relieved About Arrests

"The sad truth is that Ahmaud's case isn't unique at all," Jenkins said. "He is a representation of the ongoing level of distrust that a large part of our communities have in law enforcement and elected officials and the importance of placing reform like-minded people in office who will uphold the highest standards of the law for everyone, regardless of color."