This story discusses suicide. If you or someone you know is at risk of suicide please call the U.S. National Suicide Prevention Lifeline at 800-273-8255, text HOME to 741741 or go to SpeakingOfSuicide.com/resources for additional resources.

The parents of Stanford University soccer star Katie Meyer believe their daughter's fear over potential disciplinary action from the school may have contributed to her death earlier this week.

Steve and Gina Meyer are speaking out in the hope of preventing other parents from facing the same tragedy after confirming the statement by an official from the County of Santa Clara on Thursday that their 22-year-old daughter died by suicide.

The promising soccer goalie, who was just months away from graduation, was found dead in her dorm room Tuesday.

"She died by suicide," Gina Meyer told NBC News' Stephanie Gosk on TODAY Friday. "The last couple days are like a parent’s worst nightmare and you don’t wake up from it. So it’s just horrific."

"I don’t even think it’s hit us yet," she continued. "We’re still in shock. But we had no red flags."

In their search for answers over Katie's death, the couple said they believe she received an email regarding a potential disciplinary action from the university. 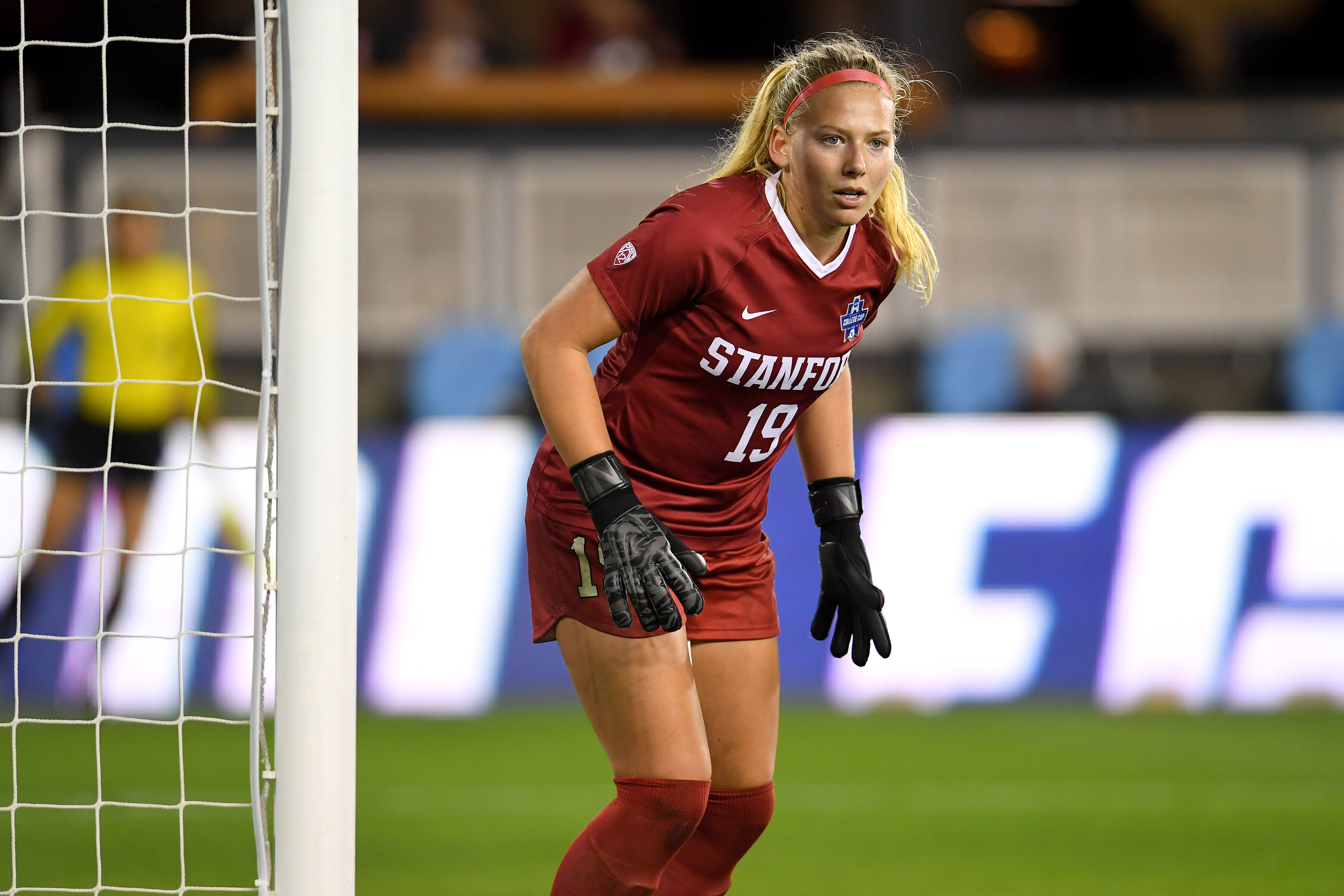 "Katie, being Katie, was defending a teammate on campus over an incident and the repercussions of her defending that teammate (were possibly resulting in disciplinary action)," Steven Meyer said on TODAY.

"We have not seen that email yet," Gina said. "She had been getting letters for a couple months. This letter was kind of the final letter that there was going to be a trial or some kind of something. This is the only thing that we can come up with that triggered something."

Stanford University issued a statement to TODAY regarding the Meyers' belief that their daughter potentially faced discipline by the school.

"Our entire community is devastated by Katie’s death, and we share our deepest condolences with Katie’s family and everyone who knew her at Stanford, across the country and around the world. Katie touched so many lives. We are not able to share information about confidential student disciplinary matters. We as a university community continue to grieve with Katie’s family and cherish our memories of her."

Gina and Steve Meyer now wonder if the combined pressure of school and sports was too much for their daughter.

"There is anxiety and there is stress to be perfect, to be the best, to be No. 1," Gina said.

The Meyers' final conversation with their daughter was on FaceTime just hours before she took her own life.

"She was excited," Gina said. "She had a lot on her plate. She had a lot going on. But she was happy. She was in great spirits."

Her teammates also remembered Katie for her vibrant presence.

"I’ve never seen someone who’s put so much heart and soul into so many different aspects of her life," Stanford senior Sierra Enge told Gosk.

Gina Meyer wore a cardinal red sweatshirt of Katie's during the interview on TODAY just to feel close to her daughter. Katie wore it in a social media post just last week.

"I know it’s going to sound crazy, but every mom is going to understand this, but when you smell it, it smells her, it smells like Katie, just her scent," Gina said as she cried. "I’m wearing it because it just feel I want to be close to her."

The Meyer family hopes to start a conversation about opening up communication between parents and college administrators. Parents often aren't alerted about what's happening with their children because most university students are over 18 and considered adults, but the Meyers feel they missed a chance to potentially save their daughter if they only knew about what she was going through.