States have been loosening teaching requirements to give schools more flexibility on hiring as coronavirus exposures, illness and quarantines add to strains on schools

With teacher absences mounting and substitutes in short supply, parents may be wondering: Who's teaching the kids?

States have been loosening teaching requirements to give schools more flexibility on hiring as coronavirus exposures, illness and quarantines add to strains on schools that also have been tapping librarians, custodians and support staff to help cover classrooms during the pandemic.

Brian McKinney, a parent with students in second and 10th grade in Hays County, Texas, spent part of this week as a substitute, helping sixth graders through a social studies assignment that had them writing essays about the Soviet Union. A former teacher, he decided he could help as he waited out a cold snap that has slowed business at the World War II-themed miniature golf course he and his wife now own. 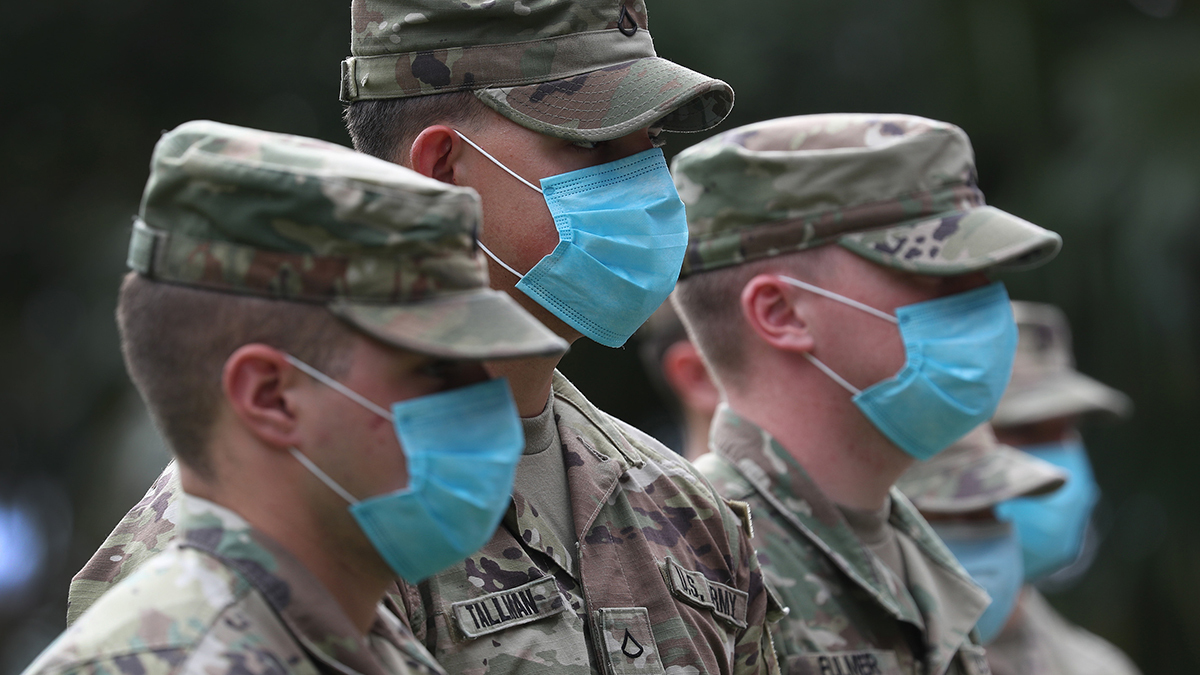 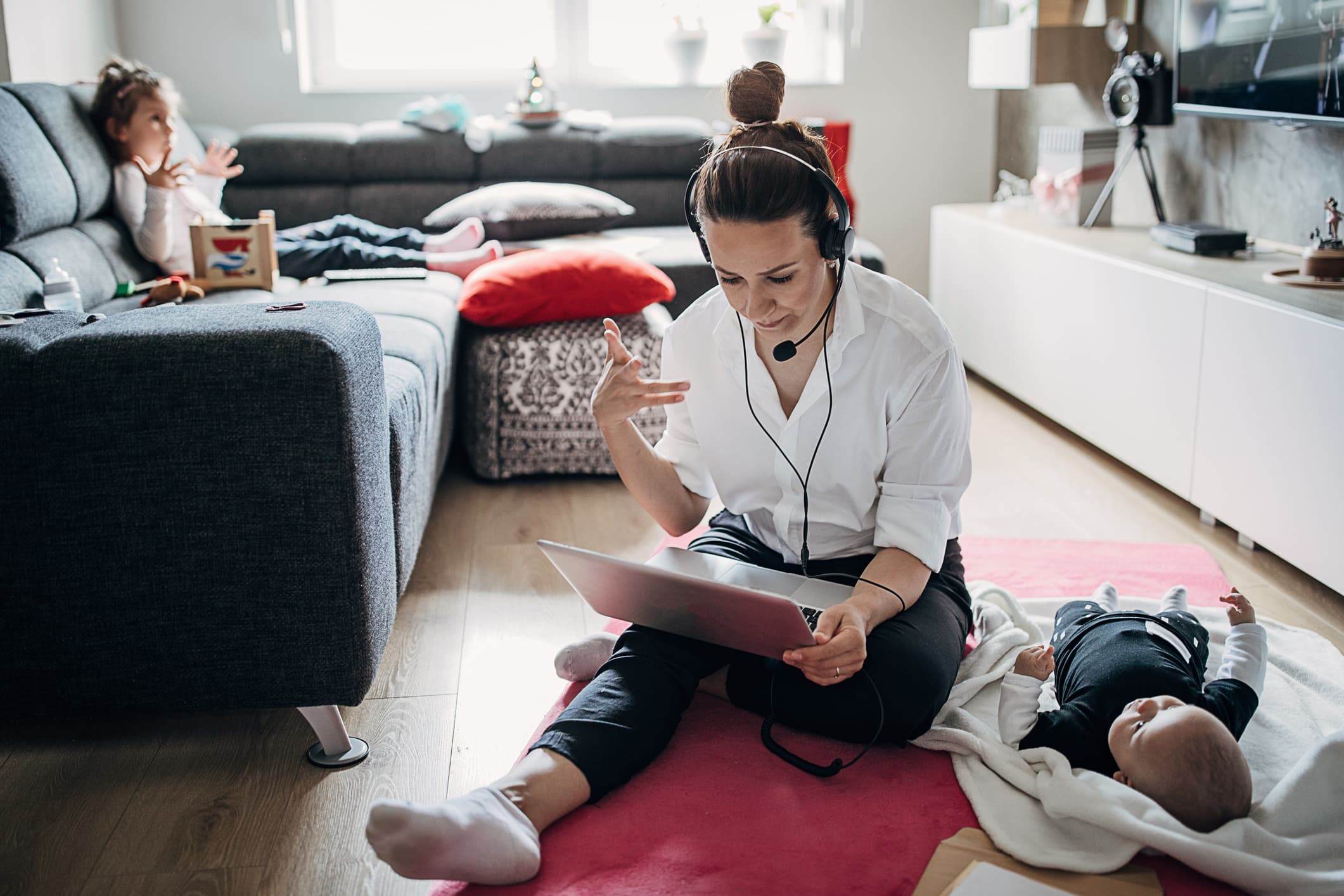 “There was no down time today; I was heavily involved with the kids,” he said after school Tuesday.

The measures have kept schools from having to revert to the waves of remote learning that disrupted homes and left many students behind earlier in the pandemic. Supporters say it’s better to have students in school, where they are supervised and have access to food and services, even if the solutions fall short academically.

Still, the lowering of the bar for teachers raises some concerns about whether schools are just treading water. In some cases when possible, virtual school taught by students’ regular teachers could be a better alternative, said Richard Ingersoll, an expert on the teaching profession at the University of Pennsylvania.

“Remote sometimes might be much more preferable to getting some substitute in there who’s basically babysitting,” he said.

Governors have been issuing executive orders to make more people eligible to work in schools. In states including California, Connecticut, New Jersey and Pennsylvania, governors have taken action to give schools more flexibility to bring back retired teachers for short-term assignments.

Oklahoma Gov. Kevin Stitt and Utah Gov. Spencer Cox have made it possible for schools to dip into the states’ workforces.

“We know that kids learn best in the classroom, so we want to do what we can to help schools stay open. Our teachers and our children deserve our support during this difficult phase of the pandemic,” Cox said in a statement.

In Kansas, the state Board of Education has begun allowing districts to hire substitute teachers as young as 18and with little more than a high school diploma after waiving requirements they have at least 60 college credits, the equivalent of at least two years, to receive a temporary license. The changes will last only until June 1, when the more stringent requirements will return.

State officials in Nevada will consider a similar change for emergencies for the state's two most populous counties later this month. Currently, substitute teachers must have at least 60 college credits — or an associate degree or higher — to obtain a license.

"We are having challenges right now securing orders that we've put in with our local health department because the tests just aren't there," says Superintendent Susan Enfield of the Highline School District, outside of Seattle, Washington.

In addition to asking state workers to step up, New Mexico has called in the National Guard to work as substitute teachers, an unprecedented move that has troops drawing their usual pay for serving on active duty.

At least some schools are choosing to prioritize time with professional teachers, even if it means students don't keep a full schedule.

In Millville Public Schools in New Jersey, administrators were so concerned about the toll on learning after months of staffing challenges that they moved middle and high school students to a half-day schedule — with teachers -- for the month of February.

“After an analysis of our staffing over the past 5 months, we determined instruction at the secondary level has been severely impacted due to students’ lack of access to direct instruction on a daily basis. Moving to an early dismissal schedule will address our staffing shortages by utilizing our current employees so that we are delivering consistent instruction from teaching professionals,” a notice on the district’s website said.

In the Hays Consolidated Independent School District in Texas, where McKinney filled in as a sub this week, at one point in January the district needed 455 subs in a single day, well over the usual 185, and could fill only 40% of the need, district spokesperson Tim Savoy said.

The district raised the pay to an average of $120 a day, up from about $90, and invited parents to join the ranks of substitutes, waiving for some a requirement they have 30 hours of college. About half of the 60 new subs hired in January were parents, Savoy said.

After an orientation that included refreshers on things like classroom management and discipline, along with a background check that included fingerprinting, there are days McKinney has his pick from a long list of assignments but gravitates first to his specialties of history and physical education.

He said remote learning was hard on families like his that had to juggle kids and jobs, and he praised the district for working to stay open, even if it meant making exceptions for those running the classrooms.

“That’s a huge emotional and physiological burden on families,” he said of virtual school, “so I think Hays is just trying to figure out every possible option to not have to do that to families.”

Dr. Uché Blackstock looked at coronavirus prevention strategies like mask mandates ventilation, testing and rates of vaccination before deciding to sending them to New York City public schools. "This is a decision that no parent should have to make, but here we are having to make this decision," Blackstock says.
Copyright AP - Associated Press