The recovered remains will be transferred to Dover Air Force Base, Delaware, for preparation for burial

The remains of seven Marines and a Sailor killed following a “training mishap” off the coast of Southern California were recovered on Friday, U.S. Marine Corps officials said.

The recovered remains will be transferred to Dover Air Force Base, Delaware, for preparation for burial.

A group of service members and veterans are gathering together for a run in honor of the deceased military members who perished in a training incident.

"Marine and Navy pallbearers will place the remains aboard an aircraft bound for Dover AFB in a solemn transfer. From Dover AFB, their remains will then be released to their families in accordance with their wishes," U.S. Marine Corps officials said.

Lance Cpl. Guillermo S. Perez, 19, of New Braunfels, Texas, also died in the AAV mishap and was pronounced dead at the scene on July 30. His remains were transferred Aug. 5 to Dover AFB.

More on the devastating tragedy. 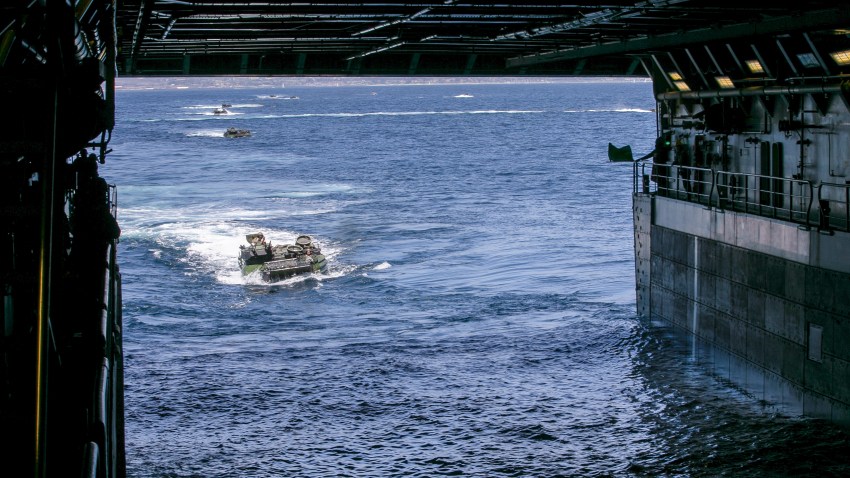 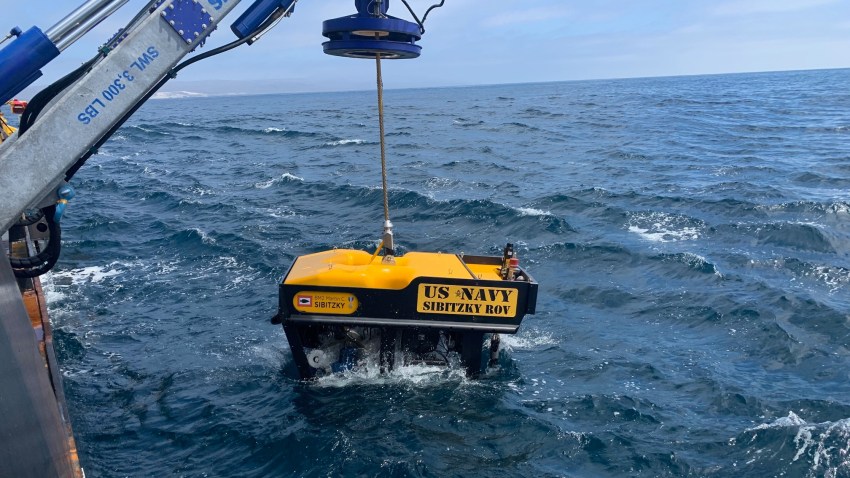 “It’s more of a relief and we’re not wondering where he is at. We now have answers, obviously, it's not the answer that we wanted, but in a way its comforting to know we have those answers,” said cousin Shirley Stubblefield. “He was just an amazing person, very kind and full of life, love. I hardly ever saw him sad.”

The sunken AAV has also been recovered. The cause of the incident is still under investigation.

The AAV sank to a depth of about 385 feet during an evening "shore-to-ship" training maneuver off the coast of San Clemente Island – about 78 miles away from San Diego – on July 30.

Sixteen crewmembers were on board. One Marine was pronounced dead at the scene of the incident. Seven others were rescued, with two transported to the hospital with critical injuries. Another eight service members were missing and later presumed dead.

The identities of the service members presumed dead were released Sunday.

The AAV 'Training Mishap': What Happened?

A total of 15 Marines and one Navy sailor were inside the AAV when the group reported taking on water around 5:45 p.m. on July 30, the USMC said.

The group was traveling from the shores of San Clemente Island to a Navy ship when the AVV started sinking about halfway through their training routine, according to Lt. Cameron H. Edinburgh, a Marine Corps spokesman for Camp Pendleton.

The 26-ton, tank-like craft sank in hundreds of feet of water — too deep for divers — making it difficult to reach.

Eight Marines -- or half of the service members involved in the incident -- were rescued from the sunken AVV that day. Two of them, in critical condition, were taken to Scripps Memorial Hospital in San Diego.

What Is an AAV and What About Prior Mishaps?

The Marines use the amphibious assault vehicles to transport troops and their equipment from Navy ships to land. They are nicknamed "amtracs" because the original name for the vehicle was “amphibious tractor.”

The armored vehicles, designed to be buoyant, can hold more than 20 passengers and up to 250 pounds of equipment and can weigh as much as 30 tons. They are outfitted with machine guns and grenade launchers. They look like tanks as they roll ashore for beach attacks, with Marines pouring out of them to take up positions.

The AAV involved in this incident had three water-tight hatches and two large troop hatches.

The vehicles have been used since 1972 and are continually refurbished.

The Marine Corps commandant, Gen. David Berger, suspended waterborne operations of all of its more than 800 amphibious assault vehicles across the branch until the cause of the accident is determined.

He said the move was out of “an abundance of caution.”

The July 30 mishap was the deadliest of several similar incidents involving amtracs that have occurred during Camp Pendleton exercises in less than a decade.

In 2011, a Marine was killed when an AAV sank during a training exercise in Oceanside Harbor. Six Marines were inside that AAV.

And in 2017, 14 Marines and one sailor were hospitalized after their AVV hit a natural gas line, igniting a fire that engulfed the landing craft during a training exercise at Camp Pendleton, the sprawling coastal Marine Corps base north of San Diego. One of the Marines was critically injured.

The Marine Expeditionary Force is the Marine Corps’ main warfighting organization. There are three such groups, each of which are made up of ground, air and logistics forces.