Is Bernie Sanders Transparent About His Taxes?

Bernie Sanders came under fire this week for failing to make his tax information public.

“Nobody’s seen them, I guess is the point,” Tapper said on his show The Lead.

Sanders quickly retorted, “That’s not true. That is not true. Of course we have released them in the past.” 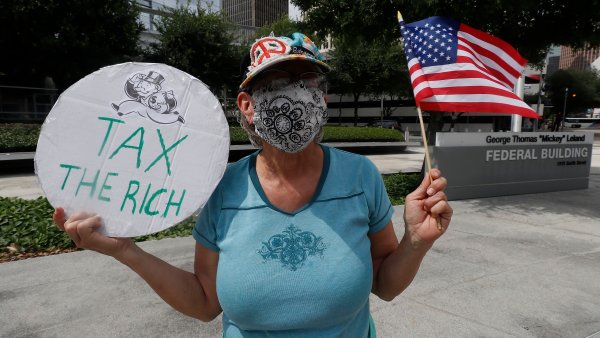 According to the Washington Post, a nonprofit group called Tax Analysts tracks all of the publicly-released tax documents from presidents and presidential candidates past and present. The information dates back to Franklin Roosevelt’s tax forms from 1937.

The website lists just one federal tax document for Bernie Sanders, a 2014 1040 form which shows he earned a gross income of just over $205,000 that year.

However, Sanders only released the first two pages of the form, which leaves out all information about charitable donations or itemized deductions.

Throughout much of the campaign season, Sanders has attacked his opponent, Hillary Clinton, on transparency, but the former Secretary of State has released hundreds of pages of tax information, including her full tax forms dating back to 2000.

Sanders told Tapper he’d release his most recent forms as soon as possible, but that “there ain’t going to be very much exciting in that.”