Five-year-old Elijah Lewis was reported missing on Oct. 14, and authorities had scoured the area near his home in Merrimack, New Hampshire, before moving their efforts to Abington, Massachusetts

What is presumed to be the body of a missing 5-year-old boy from New Hampshire has been found amid a massive search in Abington, Massachusetts, prosecutors from both states said Saturday.

A cadaver dog found the body buried in the ground in Abington, and Plymouth, Massachusetts, District Attorney Timothy Cruz said the body is presumed to be Elijah Lewis'.

Elijah was reported missing on Oct. 14, though he was believed to have been missing for several weeks before that, and authorities had scoured the area near his home in Merrimack, New Hampshire.

His mother and a man she was with have since been arrested in New York City for allegedly asking people to lie about where the boy was living, knowing child protection service workers were searching for him. They have pleaded not guilty to those charges. 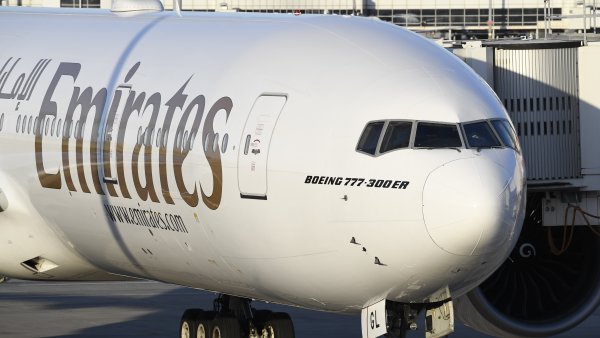 No one has yet been charged in connection with the body found Saturday, but the investigation into what is now considered a suspicious death remains ongoing.

A cadaver dog discovered a body in a grave presumed to be that of missing New Hampshire boy Elijah Lewis during a search in the woods in Abington, Massachusetts, prosecutors from both states said at a news conference.

On Friday, police descended on Abington, about 70 miles away from Merrimack, in activity they later confirmed was connected to the search for Elijah. Officers returned Saturday.

An autopsy on Sunday will confirm the identity of the body -- presumed to be Elijah's from its appearance and condition -- and the cause and manner of death, officials said.

Law enforcement officials are searching an area near Ames Nowell State Park in Abington for clues regarding the disappearance of 5-year-old Elijah Wood.

Investigators have not said exactly who or what led them to the vast area in Massachusetts that includes the 700-acre Ames Nowell State Park, which closed for about a day amid the police investigation.

"Law enforcement uses surveillance video and phone records extensively in their investigations and that was also done in this case, and it was very helpful," said Susan Morrell, a senior assistant attorney general for New Hampshire.

She didn't comment when asked about reports that officials had been led to the scene by a confession.

Morrell noted that the community has been helpful as the investigation unfolded across several states.

"We are very saddened about this situation -- about Elijah's death, about the fact that he was disposed of down here in the woods," she said. "Our sympathies go out to his family and friends of the family and to the community who's mourning his death, and we do appreciate all of the help from the community."

Elijah’s uncle told NBC10 Boston Saturday night that the family is grieving, though there is the tiniest bit of relief now that the little boy has been found.

“A small sense of relief knowing he’s not out there suffering. He's in a better place now,” Randy Stewart said of his nephew, adding, "I don’t like to think my sister would hurt her own child. I don’t hate my sister, I love my sister. I hate the situation, I hate what happened.”

Watch a Massachusetts district attorney and the head of the state police give an update on a massive search in Abington connected to the disappearance of Elijah Lewis, a 5-year-old from New Hampshire.

Local police had asked the public to avoid the area of 500 Chestnut Street in Abington on Friday. They didn't say what the nature of the police activity was, but said there was no danger to the public.

Despite releasing few details about the search, authorities in New Hampshire had said Friday night that they didn’t think they’ll find the child alive.

“We do have a belief at this time that Elijah is deceased,” said Ben Agati, a New Hampshire senior assistant attorney general.

Agati said his conclusion was based on the leads that brought investigators to Abington Friday.

“We’re hoping we’re going to find Elijah to be OK,” said Agati, adding, “at this point we have to face the probability that Elijah is not OK.”

Elijah was last seen about a month ago.

His mother, 35-year-old Danielle Dauphinais, and her boyfriend, 30-year-old Joseph Stapf, were arrested in New York this week, and have been charged with child endangerment and witness tampering, for allegedly telling people to lie about Elijah’s whereabouts. The couple pleaded not guilty on Wednesday to the charges.

Police searched all day Friday in Abington, Massachusetts, in connection to the disappearance of 5-year-old Elijah Lewis of Merrimack, New Hampshire.

It’s unknown if Dauphinais and Stapf were familiar with Abington and Chestnut Street. Family members of the child in New Hampshire told NBC10 Boston Friday they were not aware of any family connection to Abington.

Residents were stunned on Friday that their remote neighborhood might have figured into this mystery.

“I just can’t get over it,” said Chestnut Street resident Eleanor Woods. “It’s very sad to think it’s right down the street from me.”

“Maybe they know someone around here and have been here and realized it’s very rural,” Emily MacDonald said.

Investigators scoured the area by air and on the ground Friday, using police dogs and a grid search in the woods along with the special emergency response team.