Michael Forest Reinoehl, 48, was the prime suspect in the killing of 39-year-old Aaron “Jay” Danielson, who was shot in the chest Saturday night

Both the suspect in the slaying of the right-wing protester in Portland, Oregon last weekend and the victim had handguns when their confrontation started amid dueling street demonstrations, according to court documents made public Friday.

The documents said victim Aaron “Jay” Danielson, a supporter of a right-wing group called Patriot Prayer, was wearing a loaded Glock pistol in a holster and had bear spray and an expandable metal baton when someone said something like “wanna go," which is frequently a challenge to a fight. NBC News has not independently confirmed the details of the incident.

Authorities have said they believe antifa supporter Michael Forest Reinoehl, who was fatally shot by federal agents late Thursday in Washington state, then opened fire and killed Danielson after he took part in a caravan of President Donald Trump supporters who drove pickup trucks through downtown Portland. 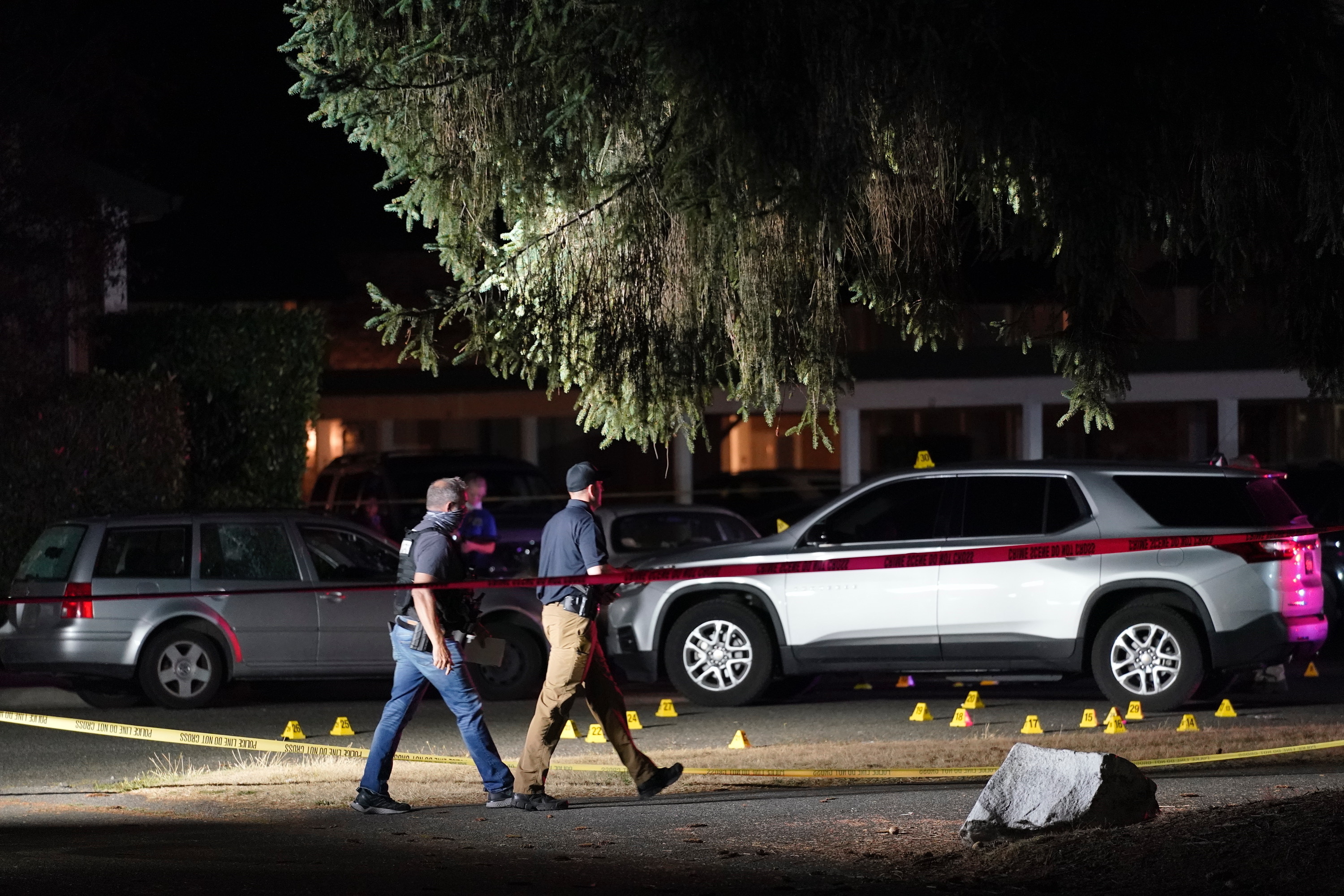 Slain Shooting Suspect Was a Regular at Portland Protests 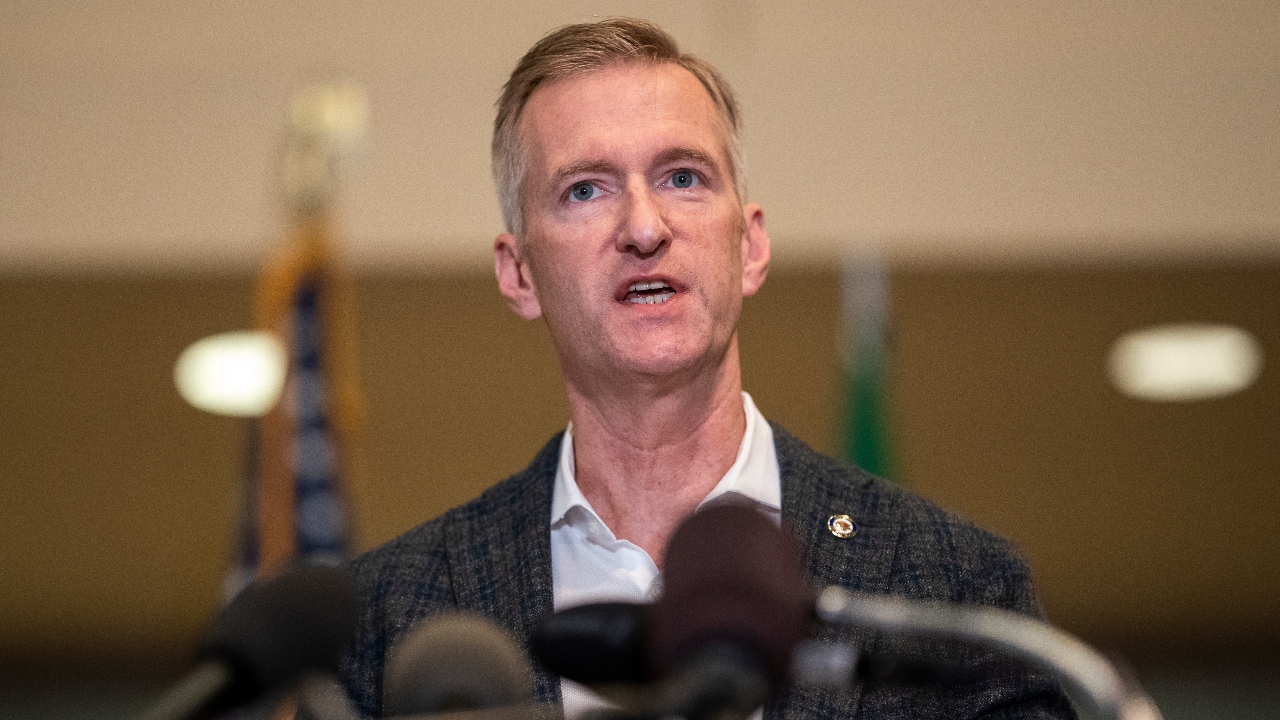 Some of the Trump supporters fired paint ball pellets at counter-demonstrators, while Black Lives Matter protesters tried to block the vehicles.

Law enforcement officials released the information they had compiled — justifying an arrest warrant for Reinoehl on a second-degree murder charge in the Aug. 29 killing — one day after Reinoehl's killing shook a quiet suburb of Olympia, Washington.

Authorities said Reinoehl, 48, was armed with a semi-automatic handgun. A witness who was driving to the small apartment complex that Reinoehl was leaving said she saw him open fire from a car and that the officers returned fire.

Reinoehl then got out of the car and started running away but collapsed amid more gunfire, the witness, Deshirlynn Chatman, told The Olympian newspaper.

“He did open fire first,” she said in a video posted by The Olympian. Lt. Ray Brady of the Thurston County Sheriff’s Department said investigators have not concluded whether Reinoehl fired any shots.

Another video shot during the immediate aftermath showed Reinoehl lying motionless on the street with law enforcement officers in tactical gear and automatic rifles milling around. After several minutes, one man performed chest compressions on Reinoehl.

“Yeah, I don't think he's going to make it,” Jashon Spencer narrated on the video that he posted on Facebook.

Brady said he did not believe the officers involved in the shooting had body cameras or dashboard cameras on their vehicles.

In a videotaped interview broadcast the evening of his death by Vice News, Reinoehl came close to admitting he shot Danielson, a supporter of a right-wing group called Patriot Prayer, on Aug. 29 after a caravan of President Donald Trump backers drove their pickup trucks through downtown Portland.

Reinoehl said he “had no choice” but to do what he did because he thought he and a friend were about to be stabbed.

“I hate to say it, but I see a civil war right around the corner,” Reinoehl, with a partially covered tattoo of a raised fist on the right side of his neck, said in the interview.

Reinoehl told Vice News he was an anti-fascist but was not a member of antifa, an umbrella description for far-left-leaning militant groups that resist neo-Nazis and white supremacists at demonstrations and other events. Reinoehl previously described himself in a social media post as “100% ANTIFA.”

Facebook said on Friday they removed pages related to Patriot Prayer, whose members have brawled with protesters from antifa and other demonstrators in the past.

“They were removed as part of our ongoing efforts to remove violent social militias from our platform,” Facebook spokesperson Sally Aldous said.

It was not immediately clear where Reinoehl hid out in the five days that elapsed since shooting in Portland.

Brady said the “suspect” who was killed — he declined to name him as Reinoehl — left an apartment shortly around 7 p.m. Thursday, got into a vehicle, and was confronted by the task force members. They fired into the vehicle, Reinoehl got out and ran and was shot, Brady said.

Federal agents from the FBI and the U.S. Marshals Service had located Reinoehl on Thursday after a warrant was issued for his arrest and Reinoehl pulled a gun during the encounter, a senior Justice Department official in Washington said. The official wasn't authorized to discuss the matter publicly and spoke to the AP on condition of anonymity.

Brady said the four task force members who fired their weapons were two Pierce County Sheriff’s deputies, a police officer from the Washington city of Lakewood and Washington State Department of Corrections officer.

Brady said investigators haven’t yet determined how many rounds were fired but witnesses Chad Smith and Chase Cutler, who were working on cars nearby, told The News Tribune they saw two SUVs converge on a man in a vehicle at the apartment complex. They said they heard 40 to 50 shots, the Tacoma, Washington, newspaper reported.

Brady said he doesn’t think the suspect lived at the address where he was shot, and that it was not clear what brought him to Lacey, on the outskirts of Olympia, the state capital.

Reinoehl’s sister, who requested her name not be used because of the threats she and her family have been receiving, said in an interview with The Associated Press Friday that she had had not been in touch with him for three years.

She said her brother's son and daughter “need to be allowed to grieve what happened.”

“My heart breaks for those kids but hopefully they can put their lives back together and sort through this and process the trauma that no one that young should ever have to deal with,” the sister said.