‘Trash Collectors' of the Air: The Tool That Could Help Save the Planet

In the global fight pinning the world’s population against rising temperatures and natural disasters brought on by a climate crisis, carbon is the main opponent.

Researchers are racing to find ways to not only reduce new carbon emissions into our atmosphere but also to scrub away carbon that’s already in our air.

It turns out technology that can do just that – facilities that can filter carbon from air molecules like filtering a glass of water – already exists and works. Direct Air Capture (DAC) systems can not only remove CO2 from ambient air, but they can also assist with storing carbon safely underground.

But like most things, in order to make a meaningful difference on carbon levels across the globe, researchers say the planet would need a vast network of DAC systems. And, that would require a substantial investment internationally by governments and private firms.

If we stop burning fossil fuels cold turkey, the planet's temperature crisis may stabilize within a few years, says climatologist and geophysicist Michael E. Mann. He joins LX News to give a reality check about our dangerous climate crisis and explain what humans can still do to prevent a catastrophe.

So, what if, collectively, all government bodies invested in DAC systems on the scale that it would invest in a war? Or a top emergency?

That’s the question that University of California, San Diego (UCSD) researchers sought to answer. The researchers’ findings conclude that investments now could produce long-term returns for generations hundreds of years from now.

“One must have this sort of zen-like willpower to know that this is a very long-term prospect and there are not going to be immediate results,” Hanna said. “Whether that’s palatable or not to the current culture is not for me to say.”

What Is Direct Air Capture and How Does It Work?

Hanna, who focuses on energy research at UCSD, believes the climate crisis – a problem that scientists and governments across the globe agree humanity is facing – needs not only a technical response but a political response as well. And that’s been the focus of Hanna’s recent work for the university.

“The work and the questions we focus on all revolve around climate change and energy systems transformation,” Hanna explains. “And the ways that we, as a society, need to change our engineering systems but also our political systems to decarbonize.”

When it comes to DAC technology that can decarbonize, Hanna said the process conceptually is actually quite simple.

Here’s how DAC systems work: Air from the atmosphere – which is filled with carbon – is sucked into a DAC facility, and once inside, using chemical and molecular binding, the carbon is stripped from the air molecules, and the carbon-less air is released back into the atmosphere.

Meanwhile, the carbon molecules are held back as a liquid, allowing it to be transported for storage underground or other, riskier uses that could potentially re-release it, like turning it into cement.

The uses for a gathered amount of carbon – at this point – are very limited.

Carbon can be used as feedstock for certain chemicals, Hanna said, like in fertilizers.

WIRED magazine reports some researchers are looking into whether captured carbon could be turned into new fuels, making it more lucrative for significant government investment.

Hanna said reusing carbon as a commodity comes with high risk and may defeat the purpose of direct air capture systems in the first place, going from carbon negative to carbon neutral.

“If you care about climate change, you should probably store it away in geological reservoirs. The purpose there being that to address climate change meaningfully in the next 100 years,  you need to put the CO2 away in a place where it’s not going to vent or re-admit into the atmosphere.”

That’s why researchers like Hanna feel carbon needs to be stored in a way that it won't re-impact society.

What if you did the same with carbon emissions?

When the White House announced its $2 trillion “American Jobs Plan” earlier this month, DAC systems made the cut.

The Biden administration lists DAC as a “next-generation industry” it would build in “distressed communities.”

Research shows DAC is a wise investment, but what exactly would such an investment return for the planet?

That’s where Hanna and his researchers step in. The team’s study, published in Nature Communications earlier this year, aimed to answer that question.

“The premise is if governments could somehow come together and direct a lot of funds to technology like Direct Air Capture, what would that actually buy ‘us’ as the citizens of Earth?” Hanna asks.

Using computer programming, the team modeled what would happen if governments contributed tons of funding to build thousands of direct air capture plants across the planet. Then, the team ran climate models to see what the impact would be.

To put a dent in the planet’s rising temperatures, Hanna and his team found that DAC systems would require as much as a 1.2 to 1.9% investment of global GDP each year. The research found such an investment in vast DAC systems could remove 570 to 840 gigatons of CO2 from 2025 to 2100.

But those findings aren’t all good news, Hanna found.

“It turns out that the results are sort of mixed which is one of the things that surprised us. On the one hand, yes, thousands of these plants operating do measurably or noticeably reverse the trend of rising CO2 and draw down a massive amount of CO2 from the atmosphere,” he explained.

But on the other hand, “It’s mixed,” Hanna said.

“Because the temperature, the actual climate response, is quite small. Trillions of dollars directed to Direct Air Capture plants, 70 years of operating, everything is rosy and nothing goes wrong, and yet the temperature difference is only 0.1 or 0.2 degrees Celsius by (the year) 2100.”

Meaning DAC systems aren’t the only answer, but rather part of a potential solution. Other efforts like renewable energy sources and other decarbonizing efforts would need to be in place as well, Hanna says.

“Direct Air Capture is just one negative emissions solution. Tree planting is another. Managing ecosystems that hold lots of carbon is another,” Hanna explains. “There are many of these and our results show we need to be focusing on as many as we can.” 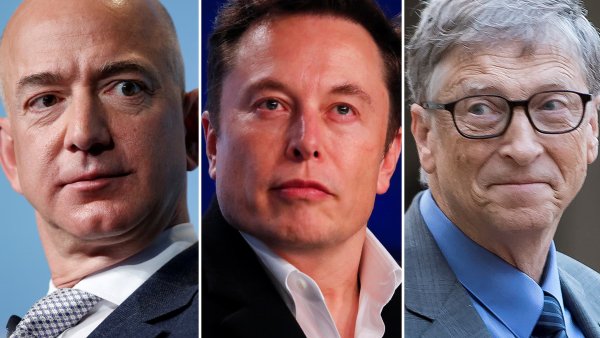 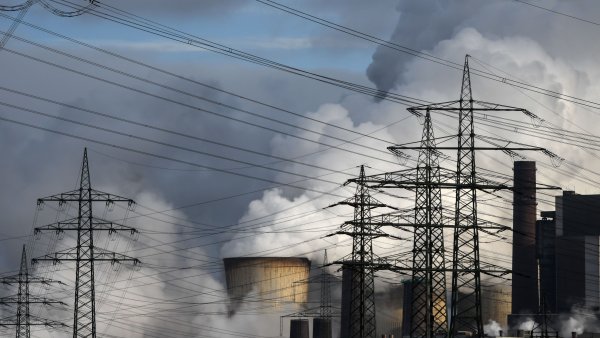 What ‘Energy Transition'? Global Fossil Fuel Use Is Accelerating and Set to Get Even Worse