Booster Shots May Not Be Needed Every Year for COVID, Experts Say

Pfizer and Moderna have estimated that people might need annual shots, while other experts say boosters may be needed only every few years

Scientists have found clues that the world’s leading COVID-19 vaccines offer lasting protection that could diminish the need for frequent booster shots, but they caution that more research is needed and that virus mutations are still a wild card.

Critical studies are underway, and evidence is mounting that immunity from the mRNA vaccines made by Pfizer and Moderna does not depend exclusively on antibodies that dwindle over time. The body has overlapping layers of protection that offer backup.

Pfizer and Moderna have fueled booster questions by estimating that people might need yearly shots, just like with flu vaccinations, and the companies are working to have some candidates ready this fall. But companies will not decide when boosters get used. That will be up to health authorities in each country.

Other experts say boosters may be needed only every few years.

Albert Bourla, Pfizer’s CEO, said Thursday people will “likely” need athird dose of its COVID-19 vaccine within a year of getting the first two doses.

“I would be surprised if we actually needed a yearly booster shot,” said Dr. Paul Offit, a vaccine specialist at the Children’s Hospital of Philadelphia who advises the Food and Drug Administration.

They point to ways the immune system remembers the coronavirus so that once original antibodies fade, the body's defenses can swing back into action if a person is exposed again.

“I’m pretty optimistic. I wouldn’t rule out the need for boosters, but the immune response so far looks actually quite impressive,” University of Pennsylvania immunologist John Wherry said.

Antibodies that form after vaccination or natural infection do wane naturally, but there's evidence that those levels remain strong for at least six to nine months after mRNA vaccination and possibly longer. They also appear effective against worrisome virus mutants, at least for now.

The Public Health Agency of Canada is authorizing “mixed vaccine schedules,” which means someone who received an AstraZeneca vaccine may get Pfizer or Moderna as their second dose.

Scientists do not yet know what's called the correlate of protection, the level below which antibodies cannot fend off the coronavirus without additional help.

“I would imagine we will need, at some time, a booster,” Fauci said. “What we’re figuring out right now is what that interval is going to be.”

To date, 62.8% of the adult U.S. population has received at least one dose of a COVID-19 vaccine and 133.6 million, or more than 40 percent, are full vaccinated. The rate of new vaccinations has slowed to an average below 600,000 per day, according to the Centers for Disease Control and Prevention. That’s closing in on President Joe Biden’s goal of 70% with at least one inoculation by July 4.

The World Health Organization has decided to assign different Greek alphabet letters like Alpha, Beta and Gamma to each new coronavirus mutation in an effort to decrease stigma.

Infections and deaths continue to fall. The nation's seven-day average for daily new cases fell to less than 17,300 on Tuesday, down from more than 31,000 two weeks ago. Daily deaths declined to 588, down from 605, according to data from Johns Hopkins University. In all, the virus has killed more than 595,000 people in the U.S.

So-called long-lived plasma cells are one of the body's backups. Immunologist Ali Ellebedy at Washington University in St. Louis found that nearly a year after people recovered from mild COVID-19, those plasma cells had migrated to the bone marrow where they were continuing to secrete antibodies. That’s why although antibodies do diminish with time, they have not disappeared.

Now Ellebedy is hunting for the same cells in vaccine recipients, and while the research isn’t finished, he’s finding hints that they're forming.

An even more important backup system comes in the form of memory B cells. If existing antibodies are not enough to stop the coronavirus, memory B cells are poised to churn out large numbers of new antibodies, Ellebedy explained. Numerous studies have found those memory cells after COVID-19 vaccination.

The corporation Unilever is helping out with incentives encouraging people to get their COVID-19 vaccine doses. Free Klondike and Popsicle products will be given to patients and staff at clinics.

And if the virus makes it past those defenses, yet another immune branch — the memory T cells — jumps in to eliminate infected cells and prevent severe illness.

With different coronaviruses that cause common colds, people tend to get re-infected every two to five years, Wherry noted.

Based on natural immunity against those related viruses, “we are sort of expecting our immunity may decline,” he said. “But we don't know. For these mRNA vaccines, we may be doing better than nature, better than a natural infection.”

So far, health authorities agree that the most common COVID-19 vaccines in the U.S. and Europe protect against the virus mutations that are currently circulating, though not as strongly as they guard against the original virus.

Moderna filed on Tuesday to request full FDA approval of its coronavirus vaccine, which was granted emergency use authorization in December.

Why? The vaccines mimic the protein that covers the outer surface of the coronavirus, and only certain spots of that protein are mutating, said FDA vaccine chief Dr. Peter Marks. The mRNA vaccines in particular make antibody levels skyrocket after the second dose. Those levels are so high that they offer some protection even when the vaccine and the variant are not a perfect match.

With so many people still unvaccinated, opportunities abound for more mutations to occur. The biggest sign that a booster might be necessary would be a jump in COVID-19 cases in fully vaccinated people, especially severe illnesses and especially if the infections are caused by a new variant.

To get ready, people vaccinated a year ago as part of the first Pfizer and Moderna vaccine trials now are being enrolled in studies of additional shots — either a third dose of the original or versions that have been updated to match a variant that first emerged in South Africa. Moderna says preliminary findings are promising. More results are due this summer.

The National Institutes of Health also just began testing a system in which patients are given a different brand of booster than their original vaccination, to see if it is effective. 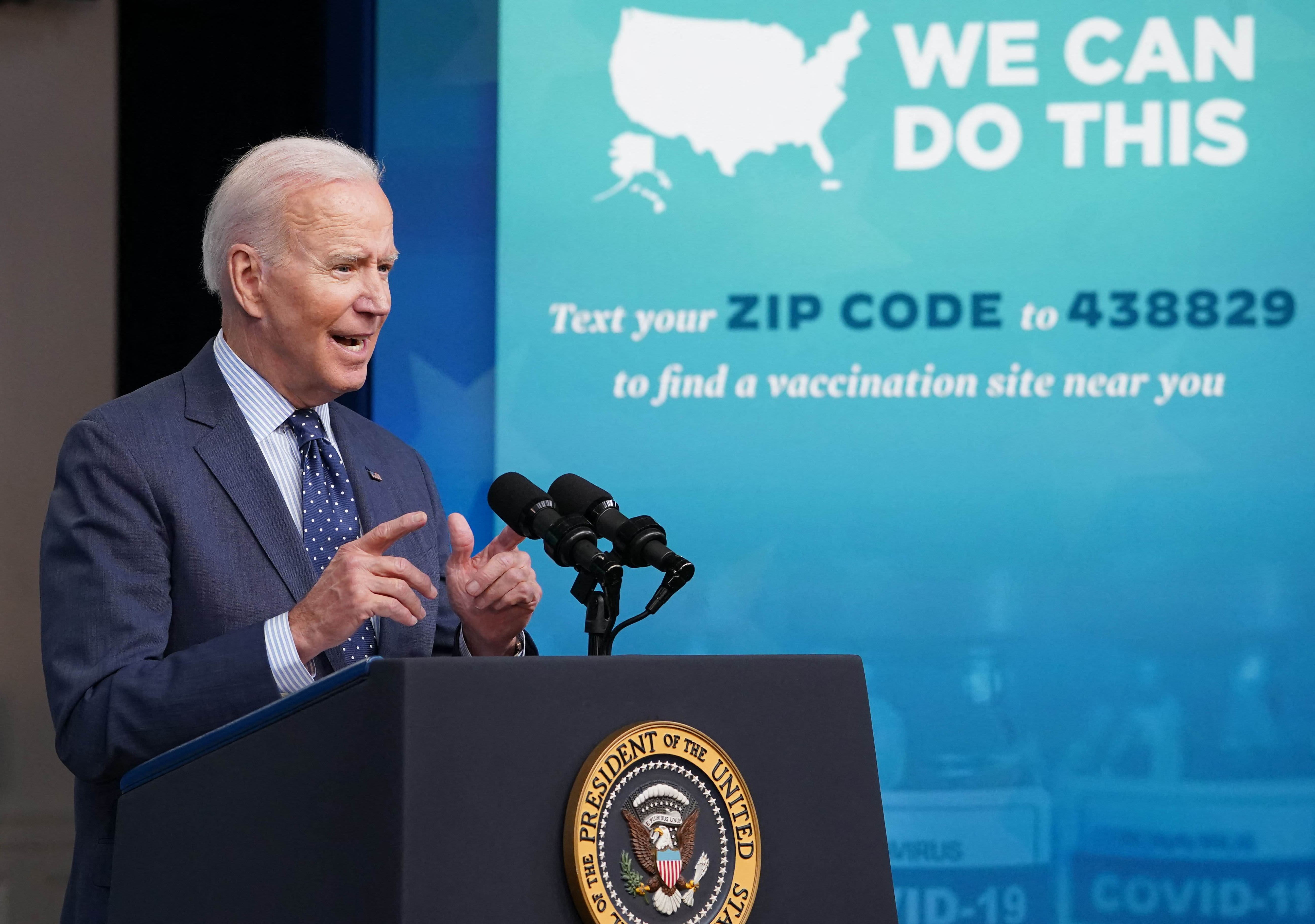 Biden Doubles Down on U.S. Efforts to Get More Americans Vaccinated by the Fourth of July 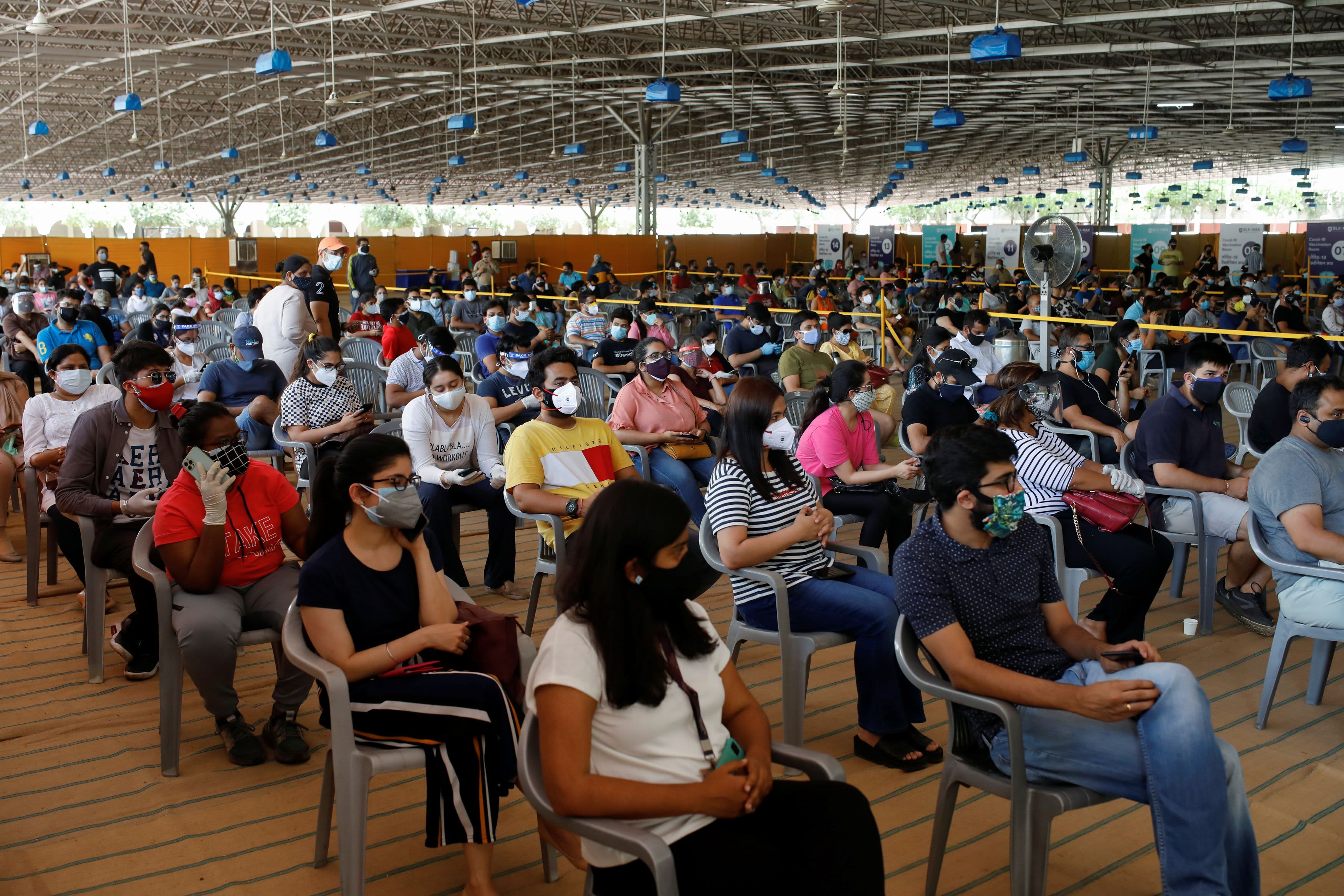 Most of the world's population has yet to receive a first dose. With different countries using different kinds of vaccines, decisions on booster shots may vary widely. Already, the United Arab Emirates has offered a third dose to recipients of a Chinese-made shot, the first formal introduction of any kind of booster.

If boosters eventually are called for, they will not be needed all at once because antibodies fade gradually rather than disappearing suddenly.

“Even if we require boosters or get to the point where we see immunity waning a little bit, we still are going to be far better off than we were a year ago,” Wherry said.