Polls closed at 7 p.m. for Virginians to cast ballots in a governor’s race that’s being closely watched around the nation.

The tight race is seen as a bellwether for midterm elections in 2022 — and voter enthusiasm appears to be high. More than 1.1 million votes were cast early in Virginia in the 2021 race, according to the Virginia Public Access Project. It’s now easier to vote early or absentee, so that chunk of votes has grown considerably.

Several hours after polls closed, the race was still considered too close to call.

In late-night remarks, McAuliffe thanked supporters and called for the vote count to continue. "The fight continues," he said.

Terry McAuliffe, the Democratic candidate for Virginia governor, thanked supporters and called for the vote count to continue in late-night remarks to supporters. 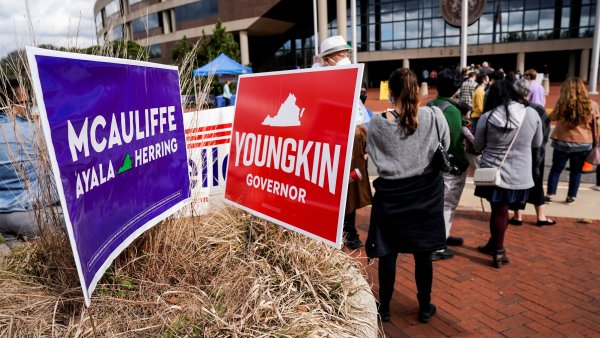 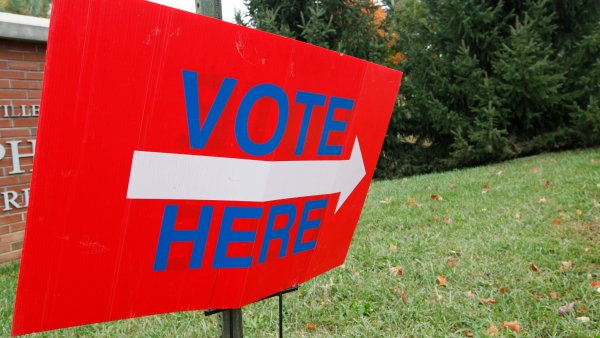 Election Day 2021: These Are the Races to Watch Across the US Tuesday 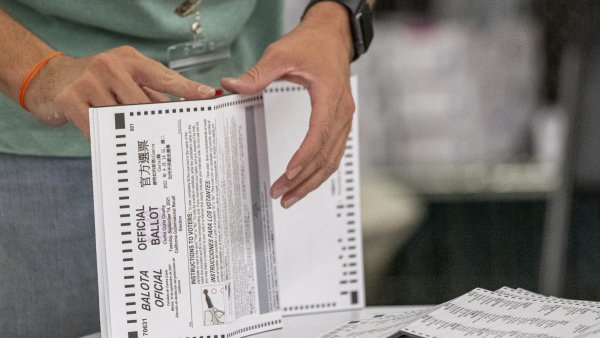 Few Snags for Election Day Voting Amid Scrutiny on Process

Voters electing the lieutenant governor were choosing between two women, guaranteeing that whoever wins will make history. The post has been held by men for the entirety of the state’s history.

Democratic Attorney General Mark Herring was seeking a third term in a contest against Republican Jason Miyares, a delegate from Virginia Beach.

Education, abortion and climate change were issues dominating the election for some voters News4 spoke with in Fairfax County Tuesday afternoon.

"I'm very concerned about reproductive rights, especially with things that are in the docket for the Supreme Court to decide on … and what's going on in Texas. I wouldn't want to see something like that happen in Virginia," said one woman voting for McAuliffe.

"I'm looking for parents' rights and freedoms with the children so that they can have
the input that they need to make sure the children are raised the way they want them to be," a woman supporting Youngkin said.

"If we are not focused on climate change now, when we have the ability to change things, then it's going to be too late," McAuliffe supporter Christopher Weir said.

Another voter said the Democratic control of the General Assembly is what motivated his vote.

"I just think that we need to remain a conservative state, to be honest, and I don't like the way that the liberals are changing this country," Youngkin supporter John Amatetti said.

Education issues were at the top of many minds as voters came to cast their ballots. News4's Drew Wilder reports.

The majority of voters News4 spoke with at a polling place in Chantilly said education was their primary reasoning for coming out to vote.

One woman said Republicans have made too big of a case about Critical Race Theory, which isn't taught in Virginia schools.

“It’s just been a turbulent couple of years anyway. Emotions are high; people want to get their voices out there and they’re going to do it however they can,” one voter said.

Some changes in the way Virginia tabulates and reports its votes gave citizens a look at how things were going Tuesday night much earlier than in years past.

In prior elections, in-person early votes and absentee ballots were added to totals last, late in the evening.

However, in Fairfax County, there were still about 20,000 votes left to be added to early in-person vote counts as of late Tuesday night.

"Bottom line is that the electronic media that records the votes was corrupted in four of the voting machines used at our early voting sites," a spokesman said in an email to News4. "This meant that we needed to rescan the paper ballots from the machines which did delay the full reporting of early in-person voting results."

A spokesman told News4's Julie Carey there is a paper backup for everything, but the malfunction caused the first early vote total, which was reported before 8 p.m., to be missing about 20,000 votes.

The county did report more than 130,000 early in-person votes in the first hour after the polls closed.

Fairfax County told News4 that there were problems with the thumb drives containing early voting results from four polling sites: the county government center, Springfield, Tysons and Mount Vernon. They did not know how long it will take to rescan the ballots involved.

Election Day totals were expected to come in a bit later, and mail-in ballots postmarked by Election Day will make up the final batch. They are set to be added to totals on Friday.

The election results are not official until the Board of Elections meets to certify them on Nov. 15.

See the complete Virginia election results from the Department of Elections here.

A line of people stood outside the Fairfax Government Center when the polls opened early Tuesday.

“I was surprised to see so many people lined up by 6 o’clock,” Konopasek said.