The FBI has released new video showing a person they believe planted two pipe bombs in Washington D.C. the night before the Jan. 6 Capitol riot, and is asking for the public's help to locate the still-unidentified would-be bomber.

Neither pipe bomb detonated and no one was hurt.

In a statement accompanying the new video release, the FBI said it believes the person was not from the area. The agency has previously released other surveillance video of the suspect.

The surveillance footage shows the person sitting on a park bench, with his or her face hidden by a hooded sweatshirt. 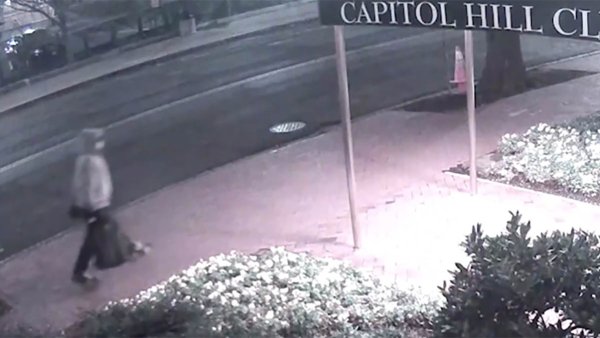 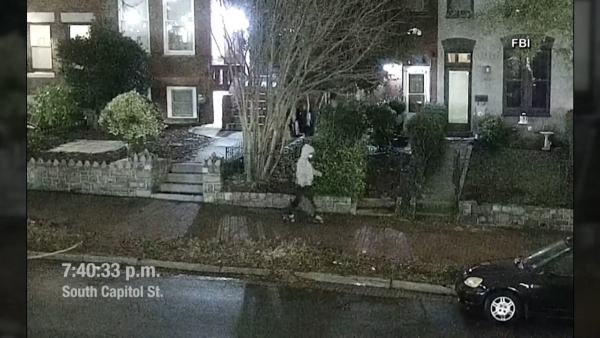 The person wore a face mask, glasses, a grey hooded sweatshirt, gloves, and black and light grey Nike Air Max Speed Turf shoes with a yellow logo, according to the FBI.

The agency also released video showing the route the person is believed to have walked on the night of Jan. 5.

Investigators are urging anyone with information to come forward.

“We know it is hard to report information about a friend or family member, but these pipe bombs were viable devices that could have detonated, causing innocent bystanders to be seriously injured or killed. Your tip could be the one that prevents this person from harming themselves or anyone else,” Steven D’Antuono, assistant director in charge of the FBI’s Washington Field Office, said in the FBI's statement.

A $100,000 reward is being offered for information leading to the identification of the person who placed the pipe bombs.

Anyone with information is asked to call the FBI at 1-800-CALL-FBI, or submit online at tips.fbi.gov. Tips can remain anonymous.