2020 RNC: Speakers, Schedule and How to Watch

Trump gives a formal acceptance speech Thursday night from the South Lawn, but he’s expected to make an appearance every night in the 10 p.m. Eastern hour

Joe Biden and his Democratic Party used their convention last week to argue that the underpinnings of American Democracy hang in the balance this November. This week, it’s President Donald Trump’s turn.

Republicans officially renominated the president earlier Monday and plan to highlight four years of the Trump administration and promises he delivered on, such as overturning business regulations, pulling out of international agreements, appointing two U.S. Supreme Court justices and transforming the U.S. immigration system.

While Democrats held an entirely virtual convention, pulled off without any major technical mishaps, the Republicans are holding a pared-down version of an in-person gathering on Monday in Charlotte, North Carolina. The convention runs through Thursday and includes a presidential speech from the White House South Lawn and a vice presidential address from Fort McHenry in Baltimore.

The convention was originally scheduled to be held in Charlotte until Trump moved it to Jacksonville, Florida, with the hope the Republican-led state would allow thousands to attend. But Trump had to scrap that plan as coronavirus cases continued to climb.

What to watch at the convention:

RENOMINATION AND THE PLATFORM

The GOP has planned for six delegates from each state and territory, for a total of 336, to attend in-person proceedings for the convention’s first day in Charlotte. They’ll hold a roll-call vote to renominate the president, but unlike the Democrats, it won’t be a prime-time affair. Instead, the voting will take place Monday morning, with a recap shown during the evening’s programming.

Trump gives a formal acceptance speech Thursday night from the South Lawn, but he’s expected to make an appearance every night in the 10 p.m. Eastern hour. It’s unclear to what extent he’ll make remarks, but Monday’s theme, “Land of Promise” highlights how Trump helped renew the American dream. Speakers are likely to renew Trump’s focus from last week drawing contrasts with his Democratic opponent and portraying Biden as an ineffective career politician and a “puppet of the radical left,” aligning him with progressives like New York Rep. Alexandria Ocasio-Cortez. While Democrats repeatedly mentioned the impact of the virus and hammered Trump’s response to it, expect Republicans to defend the president on the issue but feature it less prominently. 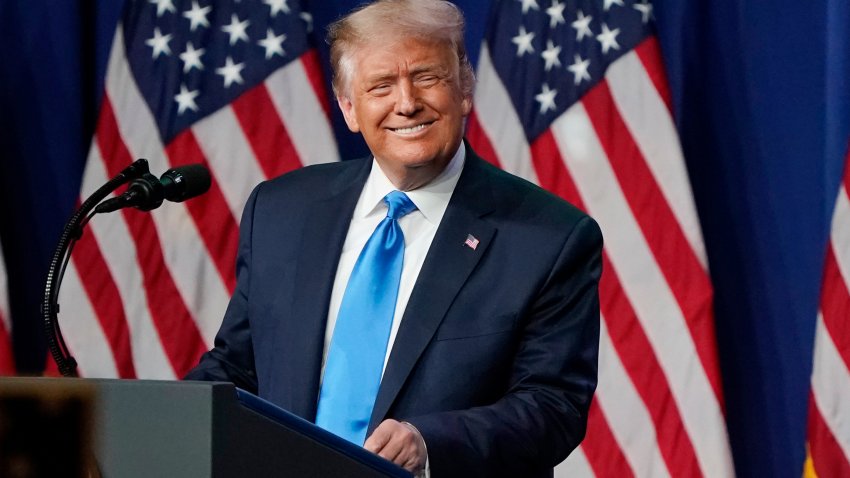 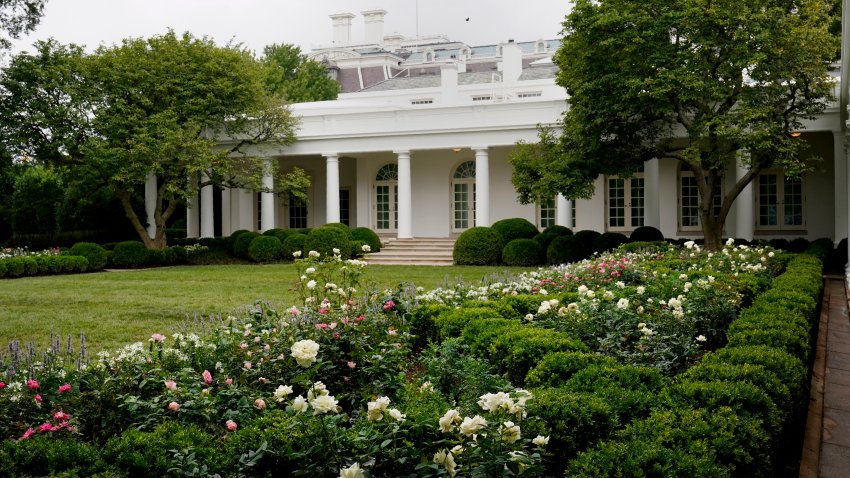 Republicans seen as potential 2024 presidential candidates are sprinkled throughout the week’s proceedings. On Monday, two potential contenders from the Palmetto State will get their chance in the spotlight: Former Ambassador to the U.N. and South Carolina Gov. Nikki Haley, followed by South Carolina Sen. Tim Scott, who is set to give the prominent closing speech.

SPEAKERS: THE BASE AND BACKERS

Democrats tried to show a united, diverse base and featured Republicans backing Biden. Trump has thus far focused more on his loyal base than expanding his coalition. Monday’s lineup mostly stays in that vein.

The opening day’s speakers include some of the president’s staunchest supporters, such as Reps. Jim Jordan and Matt Gaetz; Charlie Kirk, the president of the pro-Trump organization Turning Point USA; the president’s son Donald Trump Jr. and his girlfriend, Kimberly Guilfoyle, who is also the campaign’s national finance chair.

Others include House Republican Whip Steve Scalise of Louisiana, Republican National Committee Chairwoman Ronna McDaniel and former Alaska Gov. Sean Parnell. Also speaking: Tanya Weinreis, a Montana coffee shop owner who received federal loans to pay her employees during the coronavirus; Andrew Pollack, whose daughter was killed in the 2018 school shooting in Parkland, Florida; and Mark and Patricia McCloskey, the St. Louis couple who waved firearms at Black Lives Matter protesters outside their home this summer.

After Democrats pointedly included Republicans during their convention, Republicans have an across-the-aisle speaker of their own slated to speak Monday: Vernon Jones, a Democratic state lawmaker from Georgia who announced in April he was resigned from office after his endorsement but changed his mind, deciding to serve out his term.

WHO WON’T BE THERE

The Democratic convention featured every living Democratic president and the party’s 2004 presidential nominee, John Kerry. The Republican Party, transformed under Trump, is not expected to feature at its convention the only living GOP ex-president, President George W. Bush, or the party’s 2012 nominee. Mitt Romney. Neither man voted for Trump in 2016 or has endorsed him this year.

The daytime business of the GOP delegates will be available starting at 9 a.m. ET on the GOP convention’s social media channels and AT&T U-VERSE, Direct TV, Twitch, Youtube and Amazon Prime TV. The convention will continue streaming at those places when the prime-time programming starts at 8:30 p.m. ET (a half-hour earlier than the DNC convention) and runs through 11 p.m. ET. MSNBC will have convention coverage from 7 p.m. to 2 a.m. ET, with special coverage beginning at 9 p.m. ET. This NBC station will air a special report from 10 p.m. to 11 p.m. ET each night.