California May Seek to Empower Citizens to Sue Over Illegal Firearms

For all California's nation-leading attempts to regulate firearms, the state has not found a way to deter those happy to skirt the laws with stolen or homemade and increasingly prevalent “ghost” guns.

In just two recent examples, police say the first weapon recovered after gunmen killed six people and wounded 12 in downtown Sacramento early Sunday had been stolen. The homemade assault weapon a father used a month ago and a few miles away to kill his three daughters, their chaperone and then himself was unregistered.

The latest mass shooting in a nightclub area blocks from the state Capitol renewed calls for tougher firearms laws from President Joe Biden. Biden called for Congress to take many of the steps nationwide that California already has in place — imposing background checks, banning assault weapons and high-capacity magazines, and outlawing ghost guns.

The most populous state will consider an innovative new approach Tuesday when Hertzberg, at the urging of Gov. Gavin Newsom, expects to take the first step to advance a bill allowing private citizens to sue anyone who distributes illegal assault weapons, parts that can be used to build weapons, guns without serial numbers, or .50 caliber rifles. 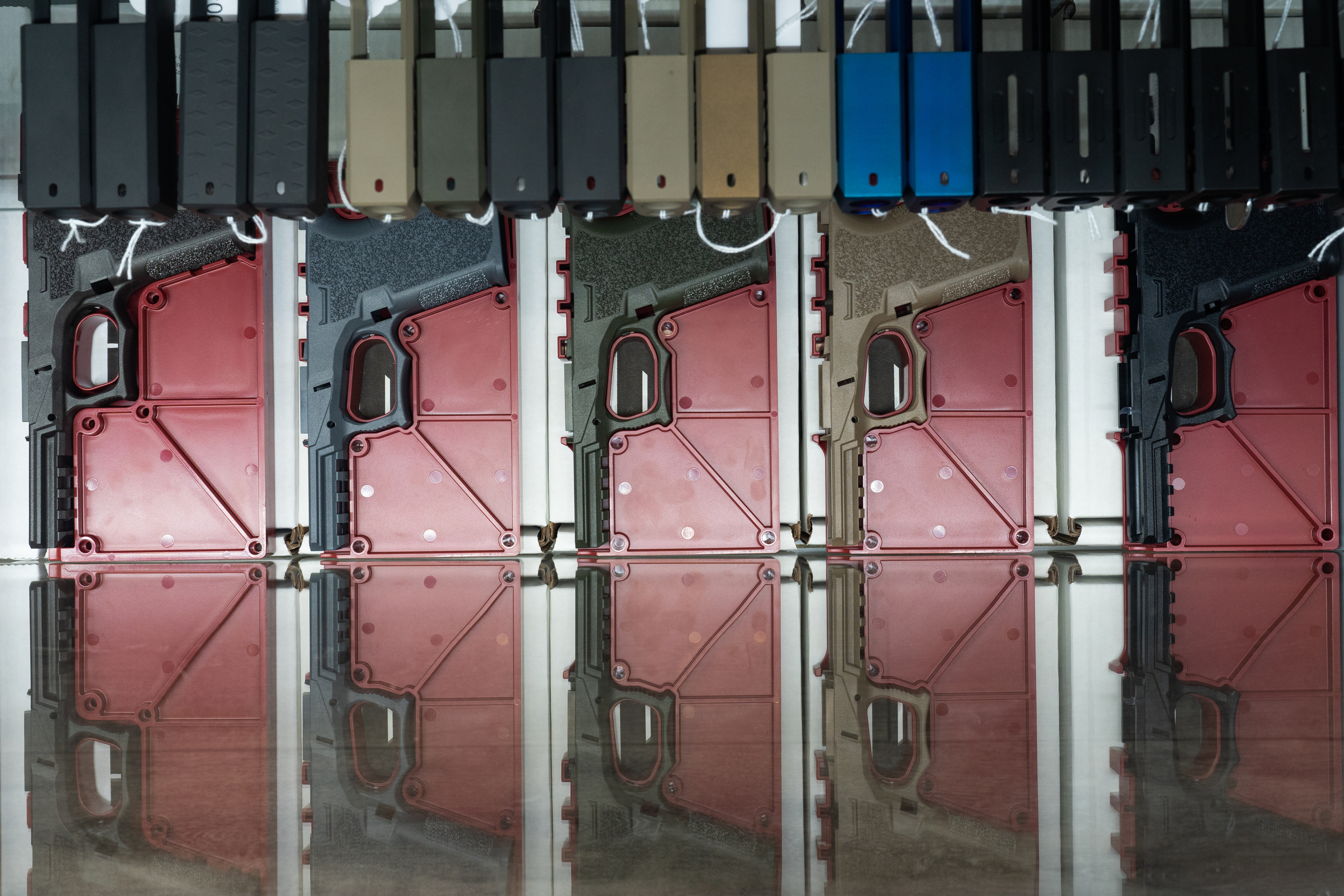 Polymer80's Name Has Become Synonymous With ‘Ghost Guns.' Now It's in the Crosshairs

The penalty: at least $10,000 in civil damages for each weapon, plus attorneys fees.

But the bill would not bar anyone from possessing or using the weapons, though they're illegal under other laws. And it would not include stolen weapons unless they are otherwise made illegal, for instance by filing off the serial number.

“It's going to have hopefully a chilling effect on folks with ghost guns or assault weapons,” Hertzberg said. "You’ve got to have millions of eyeballs looking for these guns. If someone flashes one, talks about it, all of a sudden there’s an incentive among the public in a way that there’s never been before to try to pull them off the street.”

Yet, Hertzberg's bill is patterned after a similar Texas law allowing citizens to go after those who provide or assist in providing abortions. And even if it becomes law, Hertzberg's bill will automatically be invalidated if the Texas law is eventually ruled unconstitutional.

“This is tit for tat political gamesmanship, which is the worst reason to be passing some kind of a bill," said Chuck Michel, president of the California Rifle and Pistol Association and an attorney who wrote a book about California's complicated gun laws. “You’re going to deputize a bunch of amateurs — non-lawyers, non-cops — to judge a neighbor’s actions and then give them the right to drag them into court over it."

“It’s not something that’s really been tried before," Freilich said.

He wouldn't predict if it would be effective, but said the proposal has some “potential challenges.” Among them is encouraging civil actions to punish crimes, and establishing “a bounty” to be collected by those who haven't been directly harmed.

Georgetown University law professor Lawrence Gostin says he's worried for Texans after the state legislature passed a restrictive abortion law in an overnight session. Under the new law, people who assist in providing an abortion to face financial damages of up to $10,000. "They've allowed enforcement of the law to be delegated to people who may be zealots," Gostin said.

His organization is backing other bills, including one that would make it easier for people to sue gun companies for liability in shootings that cause injuries or death. Two other bills also target firearm parts and guns without serial numbers, and those made with 3D printers.

Legislative analysts also raised concerns, including that California's bill might be seen as legitimizing Texas' approach.

Much like the Texas law, the analysts said Hertzberg's legislation is written so broadly that it might ensnare, for instance, “a taxi driver that takes a person to a gun shop,” though Hertzberg said that is not the intent.

Parts used to make weapons are not themselves illegal, but a California law taking effect July 1 will require that they be sold only through licensed firearms dealers.

Sen. Tom Umberg, chairman of the Senate Judiciary Committee and a Democrat like Hertzberg and Newsom, said he expects Hertzberg's bill to clear his committee "in order to continue the conversation about the absurdity of the Texas law.”

Umberg said he supports Hertzberg's goal, though he recognizes that "the enforcement mechanism is susceptible to challenge.”

The bill would then have to clear two other committees before getting a full Senate vote. It would also have to pass the Assembly before going to Newsom.

Hertzberg said he thinks his bill could also help root out dangerous domestic abusers like David Mora. Investigators said Mora used a homemade semiautomatic rifle-style weapon with an illegal 30-round ammunition magazine to kill his daughters at a Sacramento church on Feb. 28 despite a restraining order barring him from possessing weapons.

“I think this will have bigger teeth, sharper teeth than a court order," Hertzberg said. "This goes to somebody’s bank account. You win this case, you seize their bank account. Their world changes.”

On Thursday, President Joe Biden announced a series of executive actions that would both limit self-assembled “ghost guns” and make it easier to flag people who shouldn’t be allowed to purchase a firearm.
Copyright AP - Associated Press