The decision, if it stands, means that ballots postmarked on or before Nov. 3 will be counted as long as they are received by Nov. 9

A federal appeals court on Tuesday upheld a six-day extension for counting absentee ballots in Wisconsin’s presidential election, handing Democrats a victory in their fight to deliver the key battleground state for Joe Biden in November.

The decision, if it stands, means that ballots postmarked on or before Nov. 3 will be counted as long as they are received by Nov. 9. That could mean the winner in Wisconsin won’t be known for days after the polls close.

The decision came just two days after the appeals court put the lower court’s ruling granting the extension on hold. The appeals court vacated that ruling, saying Republicans who sued did not have standing. The court gave Republicans one week to argue why the case should not be dismissed, and the GOP could appeal the case to the U.S. Supreme Court.

Heading into the first presidential debate, polls show that most voters have already made up their minds between President Trump and Joe Biden.

The Republican National Committee, state GOP and Wisconsin Republican legislators argued against the deadline extension, saying people have plenty of time to obtain ballots and get them back to clerks by Election Day. Their attorney, as well as GOP legislative leaders, did not immediately return messages.

The court said the ruling did not order the state and national Republican parties to do something or forbid them from doing anything.

“Neither group contends that the new deadlines established by the district court would violate the constitutional rights of any of their members,” the appeals court said. “The political organizations themselves do not suffer any injury caused by the judgment.”

The Legislature does not have standing to represent a general state interest in federal court, the appeals court said.

Republicans across the country have fought attempts to expand voting, particularly in battleground states like Wisconsin. Democrats contend the move is meant to suppress the votes of people more likely to vote Democratic.

President Trump has slammed mail-in voting as riddled with fraud, while telling his supporters that it's perfectly fine to submit absentee ballots in some key swing states. But is there a difference between absentee and mail-in ballots? In the latest episode of our series "The Myth," Chase Cain is debunking this claim.

“We welcome the court’s decision to expand voting in Wisconsin so that more voters have the opportunity to register and have their voices heard in this election," said Courtney Beyer, spokeswoman for the Wisconsin Democratic Party. "We will continue to ensure Wisconsinites have the information they need to successfully cast their ballot.”

Absentee ballots are normally due in local clerks’ offices by 8 p.m. on Election Day to count. But the Democratic National Committee, the state Democratic Party and allied groups including the League of Women Voters sued to extend the deadline after the April presidential primary saw long lines, fewer polling places, a shortage of workers and thousands of ballots mailed days after the election.

“All Wisconsin voters—regardless of their party or where they live—benefit from election procedures designed to be safe and effective during the ongoing challenges of voting during a pandemic,” said Farbod Faraji, an attorney for Protect Democracy, a liberal group involved with the lawsuit.

The ruling paves the way for a “safer, more inclusive election in November,” he said. 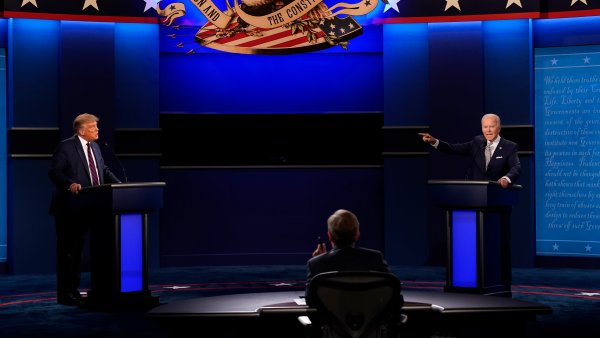 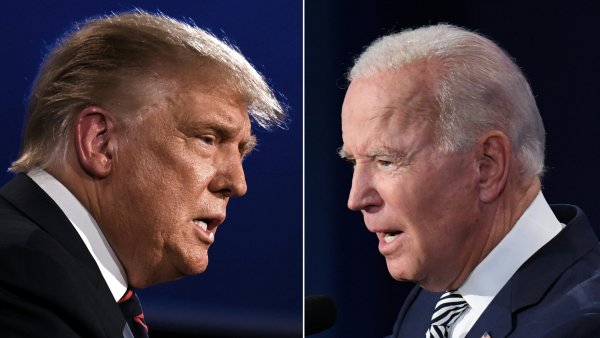 'Will You Shut Up, Man': Interruptions Abound in First Trump-Biden Debate

U.S. District Judge William Conley ruled Sept. 21 that ballots that arrive up to six days after Election Day will count as long as they’re postmarked by Election Day. State election officials anticipate as many as 2 million people will cast absentee ballots to avoid catching the coronavirus at the polls. That would be three times more absentee ballots than any other previous election and could overwhelm both election officials and the postal service, Conley wrote.

As of Tuesday, more nearly 1.2 million absentee ballots had been requested and more than 308,000 had been returned.

Conley also extended the state’s deadline for registering by mail or electronically by seven days, from Oct. 14 to Oct. 21 and declared that poll workers can work in any county, not just where they live. Clerks have reported fears of the virus caused shortages of poll workers in both Wisconsin’s spring presidential primary and state primary in August. Loosening the residency requirements could make it easier to fill slots.

The 7th Circuit upheld both of those rulings as well.

Trump won Wisconsin by less than 1 percentage point — fewer than 23,000 votes — in 2016 and the state figures to be a key battleground again in 2020. Polls show Biden with a slight lead but both sides expect a tight race.