Bernie Sanders’ commanding Nevada caucus victory made him a top target for his Democratic rivals and a growing source of anxiety for establishment Democrats worried that the nomination of an avowed democratic socialist could cost the party in November.

The win solidified Sanders' front-runner status as the race turned to Saturday's presidential primary in South Carolina. The Vermont senator was trounced in the state by more than 40 percentage points in 2016, but he is hoping that his success in diverse Nevada will prove to black voters in South Carolina that his campaign has broad appeal.

Any momentum that Sanders gains in South Carolina could be devastating to former Vice President Joe Biden, who is looking to the state for a commanding victory that can keep his candidacy alive through Super Tuesday. The March 3 contests will unfold in 14 states and award one-third of the delegates needed for the Democratic nomination.

With time running short, moderate Democrats grew increasingly nervous Sunday that Sanders' call for a political "revolution" would drive voters away from the party, both in the matchup against President Donald Trump and in House and Senate races.

Six presidential candidates faced off at the Democratic Debate in Las Vegas, Nev. on Wednesday night. Here are the key moments you may have missed.

"I think it would be a real burden for us in these states or congressional districts that we have to do well in," South Carolina Rep. Jim Clyburn, the House majority whip and the top-ranking black Democrat in Congress, said Sunday on ABC's "This Week."

Prominent Democrats expect Clyburn will endorse Biden this week. The congressman said he'll back a candidate on Wednesday — after the next Democratic debate — and pointed to the impact a Sanders nomination would have on House districts Democrats flipped to take control of the House in 2018.

"In those districts, it's going to be tough to hold on to these jobs if you have to make the case for accepting a self-proclaimed democratic socialist," he said.

Sanders' campaign argued he will bring in new and infrequent voters — largely progressives, young people and voters of color — who have been alienated from the process and seek a drastic overhaul of Washington, not merely trying to oust Trump. 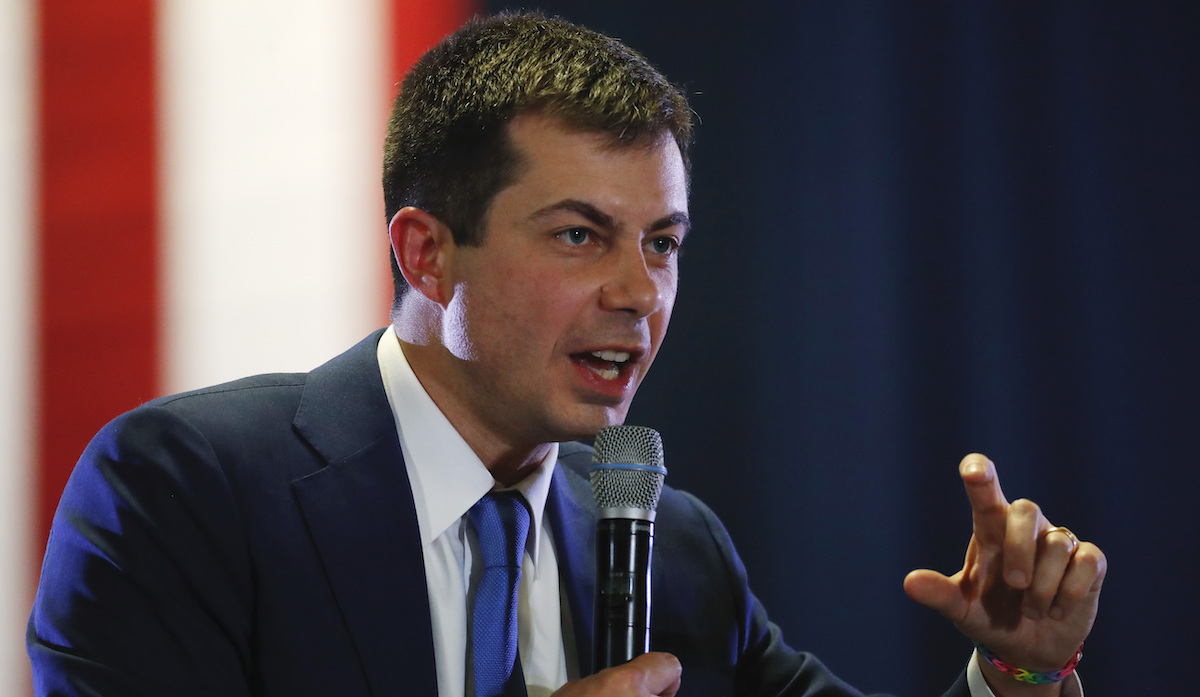 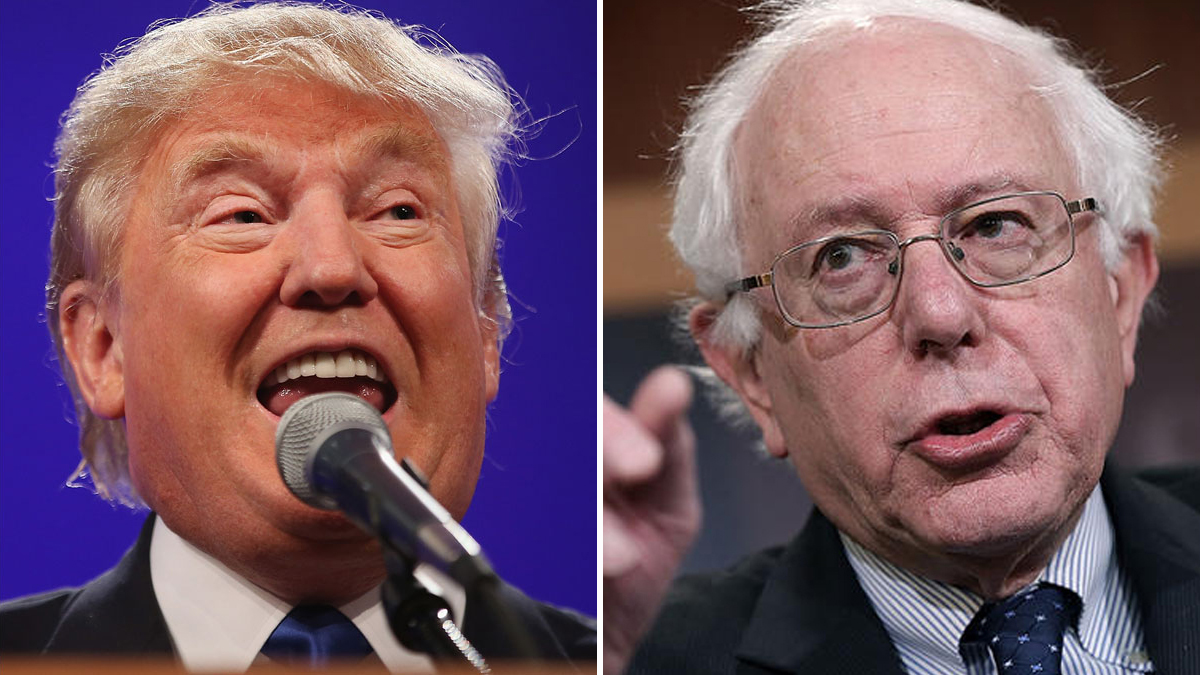 He successfully relied on that coalition Saturday to dominate his Democratic rivals in Nevada, pulling far ahead of Biden, the second-place finisher, and Pete Buttigieg, the former mayor of South Bend, Indiana, who came in third. Massachusetts Sen. Elizabeth Warren landed in fourth, while Minnesota Sen. Amy Klobuchar and California billionaire Tom Steyer were in a close race for fifth as the Nevada Democratic Party continued to tabulate results.

Sanders celebrated the win in Texas, a top Super Tuesday prize and a state that Democrats see trending their way thanks to a growing Hispanic population and opposition to Trump in the suburbs.

Sounding like a candidate who had already secured the nomination, Sanders told thousands of cheering supporters who filled a basketball arena on the campus of the University of Houston that he would win in the state both next month and next fall.

"If working people and young people of this city, black and white and Latino, gay or straight, if our people stand together, come out to vote, we’re going to win here in Texas," he said.

See every time race was mentioned during the ninth Democratic debate in Las Vegas, hosted by NBC News and MSNBC on Feb. 19, 2020.

Sanders was announcing a plan to provide universal, government-funded child care until age 3 and universal pre-kindergarten programs after that. In an interview with "60 Minutes" that aired Sunday night, he said he'd pay for it using part of the proceeds from his previously announced wealth tax, which would be levied annually on fortunes worth more than $32 million.

Sanders' new status was clear as most of his rivals sharpened their focus on him.

On Sunday, Buttigieg ripped Sanders' for his massive and often combative online following, saying the nominee's job "is to call people into our tent, not to call them names online."

Speaking to a crowd of thousands gathered in a high school football field in Arlington, Virginia, Buttigieg said Democrats should nominate someone who will focus on "mobilizing, not polarizing the American majority."

See every time healthcare was mentioned during the ninth Democratic debate in Las Vegas, hosted by NBC News and MSNBC on Feb. 19, 2020.

"Politics will be fierce sometimes, but it is not just combat," he said.

But some Democrats were worried that the new focus on Sanders may be too little, too late. For months, as several Democrats jockeyed to become the chief alternative to Sanders, they largely attacked each other on debate stages and in ads while taking relatively few punches at the Vermont senator.

Indeed, even after Sanders' strong finish in Nevada, Warren avoided launching a direct hit at Sanders even when asked directly whether a Sanders nomination would be a risk for the Democratic Party. The Massachusetts senator is aligned with Sanders on a number of key policies and competing with the Vermont senator for many of the same progressive voters.

Speaking to reporters in Denver, Warren instead continued her attacks on rival Mike Bloomberg, calling him the "riskiest candidate standing on that stage because of his history of hiding his taxes, his history of harassment of women and his history of defending racist policies."

Here is what Bernie Sanders talked about at the NBC News/MSNBC Democratic debate in Las Vegas on Feb. 19, 2020.

Bloomberg, for his part, asked to delay a CNN town hall that was planned for Monday until Wednesday. The move will allow the billionaire former New York mayor to spend more time preparing for this week's debate.

"The country can't afford to let Bernie Sanders skate by another debate without a focus on his extreme record," said Bloomberg spokesperson Galia Slayen. "Mike is preparing for Tuesday's crucial debate, and looks forward to taking part in CNN's town hall on Wednesday."

Party leaders have been reluctant to appear to be putting their thumb on the scale, so as not to rile Sanders voters and further divide the party. It was not clear Sunday that there was any new strategy to try to knock Sanders off course or consolidate support behind a single moderate.

"We gotta hope that some of these candidates develop political skills quickly," said James Carville, a Democratic strategist and one of the noisiest anti-Sanders voices in the party. "The risk in losing the election is deep and profound. We just gotta pray."

Seven candidates took the stage Friday night to debate ahead of the New Hampshire primary next Tuesday. Here are some of the most notable moments.

Dan Pfeiffer, a former adviser to former President Barack Obama, said if no candidates drop out before Super Tuesday and the moderates continue to split the delegate, Sanders likely has a lock on the nomination.

"It’s just simple math," Pfeiffer said, noting that he's not advocating that any candidates drop out to stop Sanders, and that he doesn’t ascribe to the belief among some Democrats that Sanders can’t win.

"Each of these campaigns have a legitimate rationale for staying in the race," he said of Sanders’ opponents.

On Sunday, those Sanders opponents pledged to stay in the race through South Carolina, and several signaled they would stay in through Super Tuesday.

Klobuchar rallied supporters near the North Dakota-Minnesota border, speaking to voters in her home state, which votes on March 3, followed by North Dakota on March 10. Warren campaigned in Colorado, also a Super Tuesday state.

Biden was in South Carolina, the state his campaign hoped would revive his candidacy after poor showings in Iowa and New Hampshire and only modest improvement in Nevada. The former vice president resisted predicting victory in South Carolina and said he isn't banking on Clyburn's endorsement, a blessing that could help Biden shore up support with the black voters his campaign has long argued will be the springboard to a nomination. Clyburn said Sunday he had heard from Democrats disappointed in Biden’s debate performances.

Democrats will debate on Tuesday in Charleston, South Carolina. Steyer said Sunday he has qualified for that debate, after missing the mark for the stage in Nevada.