Unlike with the Democratic National Convention, networks including MSNBC and CNN interrupted the Republicans for fact-checks and analysis

The opening of the Republican National Convention on Monday offered quick proof that how it is covered by the news media will be an ongoing sore spot.

Day One featured a complaint about his coverage by President Donald Trump, some aggressive fact-checking by television reporters and an odd social media backlash against Fox News Channel, the favorite network of the president's fans.

Mostly viewers were repeatedly reminded of who the four-day program, reimagined because of the coronavirus pandemic, was all about. Trump gave an unexpected 54-minute address to delegates during the day, appeared in two segments from the White House in prime time and had his son give one of the featured speeches.

MSNBC and CNN, the ratings leaders during last week's Democratic convention, were again the two commercial networks that showed the most of the party's program during the evening.

But unlike last week, they interrupted the Republicans for fact-checks and analysis. MSNBC interrupted a speech from a nurse who had praised Trump's response to COVID-19 for saving lives. “It's all propaganda,” said contributor Dr. Vin Gupta. “There's no truth to it.”

Similarly, the network broke into a speech by the Missouri couple who stood outside of their house with guns when a Black Lives Matter protest march went by, after noting on an onscreen chyron that they had been charged with unlawful use of a weapon.

MSNBC host Rachel Maddow said, “We do feel a responsibility to make sure that we are not unquestionably presenting things that are false, that are deliberately false and are potentially dangerously false.”

“MSNBC is fact-checking the GOP speakers in real time,” Ingraham wrote on Twitter. “Why didn't they do the same last week for the DNC?”

Fox had its own issues during the first 90 minutes of evening programming, when viewers noticed they could see more of the actual proceedings on CNN and MSNBC.

“The mob, the media, they won't be showing large parts of the RNC that we'll be showing,” Hannity said at the opening of his show.

Former pro football player and Heisman Trophy winner Herschel Walker talked about his long friendship with President Donald Trump on the first night of the 2020 RNC.

Yet it wasn't true. Hannity talked over a speech by a Georgia state legislator, a Democrat who supports Trump, while CNN and MSNBC aired it. Fox aired a conversation in which analyst Brit Hume told Tucker Carlson that the convention was trying to feature more women — while at the same time the other two networks were listening to Republican National Committee chair Ronna McDaniel speak.

It led Trump campaign aide Brad Parscale to complain on Twitter: “Can't believe I have to watch the convention on CNN. Unbelievable.”

Trump appeared in two White House segments, one with essential workers during the coronavirus epidemic telling their stories, and the other with former hostages in foreign countries who had been freed during the Trump administration. All praised the president.

None of the essential workers wore masks, CNN's Dana Bash pointed out during a break.

Andrew Pollack, the father of Meadow Pollack, speaks about the events that followed the shooting at Marjory Stoneman Douglas High School which claimed the life of his daughter.

During the day, Trump complained about spotty coverage of the roll call vote that renominated him as the Republican candidate for president. Some networks abandoned the president's informal acceptance speech in a Charlotte, North Carolina, arena for fact-checking.

Democrats last week turned the traditional roll call vote into a well received television production, with delegates stationed in their home state or territory to proclaim allegiance to Joe Biden. Republicans had 336 delegates — a fraction of the normal amount — support Trump at the Charlotte Convention Center.

It was a split-screen moment for news networks, which dipped in and out of the roll call as they also covered the testimony of Postmaster General Louis DeJoy before the House Oversight Committee.

Trump said his moment was overshadowed by the “scam” and “boring” hearing into whether the postal service was prepared for voting by mail this fall.

Hear what Senator Tim Scott, R-S.C., had to say during his speech on night 1 of the 2020 Republican National Convention.

Listening to the president “underscores the challenge for us in the news business,” said CNN's John King.

“This is a sad thing to say, but a lot of what you have heard from the president of the United States is wrong, misleading or outright lies,” King said.

He corrected Trump's statements calling voting by mail into question, as did CBS News' Major Garrett when that network stopped showing the president. Potential problems outlined by Trump are “highly, highly unlikely” to happen, Garrett said. 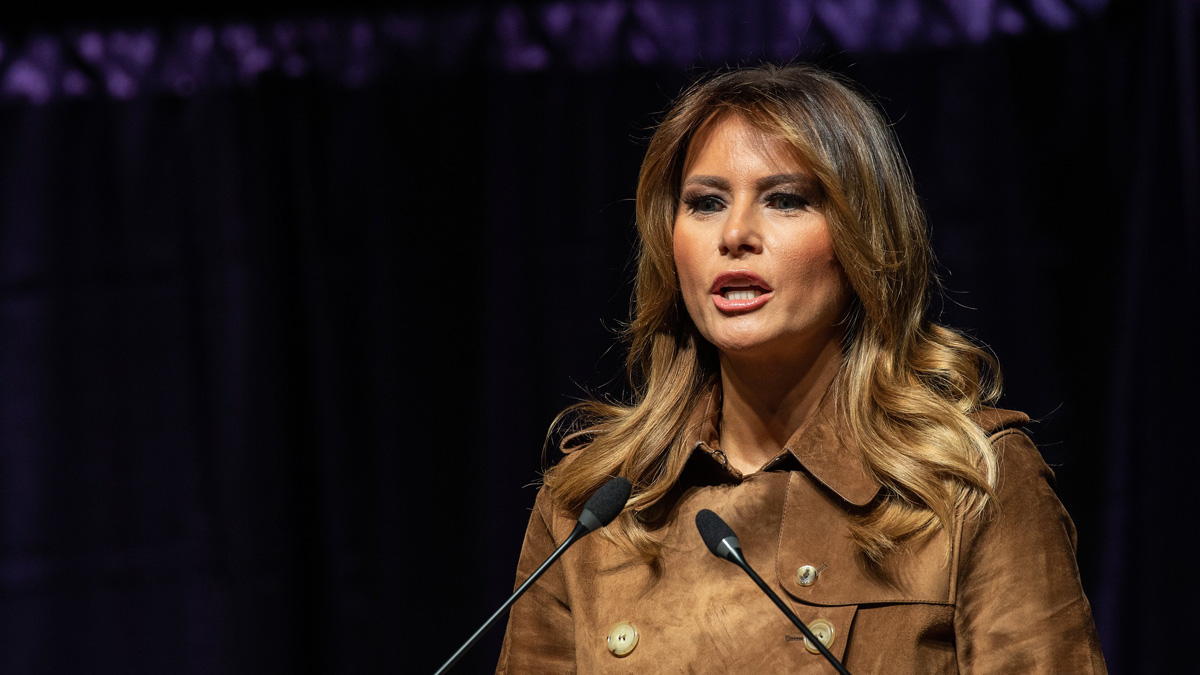 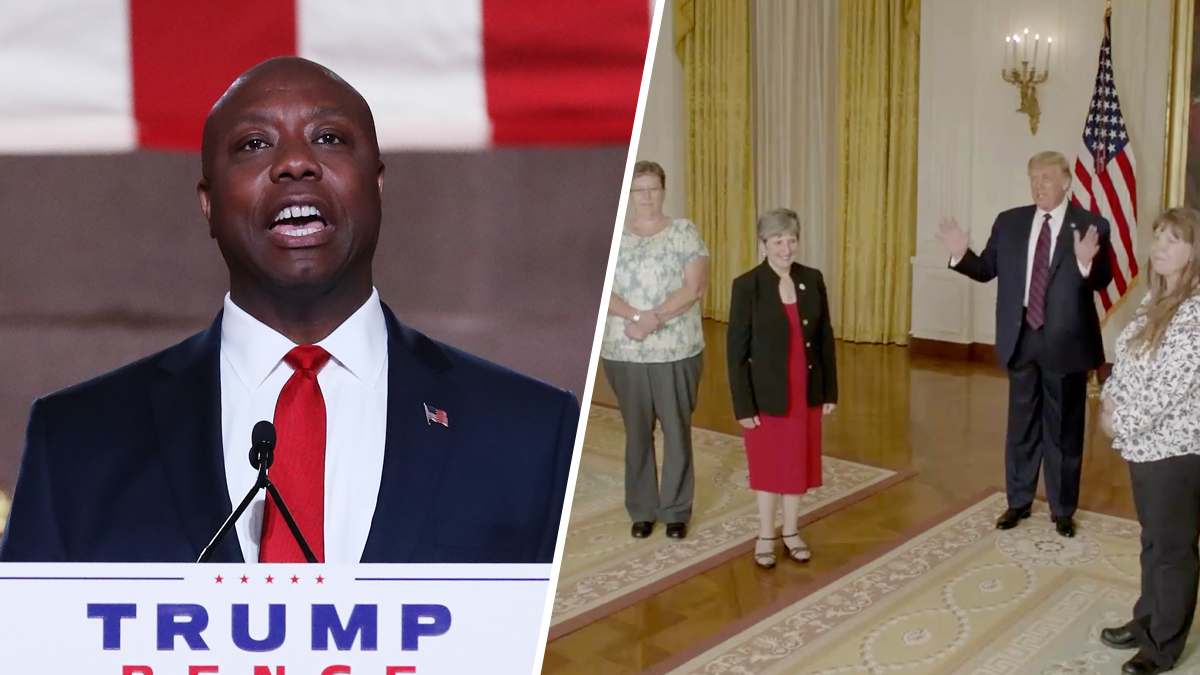 MSNBC's Chuck Todd lit into Trump and the Republicans.

“We were told this convention would be upbeat, optimistic,” Todd said. “Well, what we have just heard from the president was a grievance-filled informal acceptance speech that was filled with so many made-up problems about mail-in voting that if we were to air just the truthful parts, we probably could only air maybe a sentence.”

NBCUniversal is the parent company of NBC News, MSNBC and this station.