Since the Trump campaign went fully virtual on March 13, each video has received at least 1 million hits, according to campaign spokeswoman Erin Perrine

The streaming video began and, within minutes, the president’s eldest son was musing that Osama bin Laden had endorsed Joe Biden.

Subtle, it was not. Welcome to the Trump campaign, digital edition.

Seven nights a week, President Donald Trump’s reelection team is airing live programming online to replace his trademark rallies made impossible for now by the coronavirus pandemic. Hosted by top campaign officials, prominent Republicans and "Make America Great Again" luminaries, the freewheeling shows offer reality according to Trump. The shows are an effort to stay connected with core supporters and maintain enthusiasm for a suspended campaign that has had to rewire itself on the fly. Trump himself has not yet appeared in his campaign’s shows.

A review of one week’s worth of the 8 p.m. broadcasts, ending on the final day of April, reveals a concerted effort to test attacks on Biden, the presumptive Democratic nominee. But the inherently limited effort also raises questions as to whether the campaign can replace the gold mines of potentially new voter data that the rallies delivered as it attempts to reverse a recent slide in a number of battleground states. 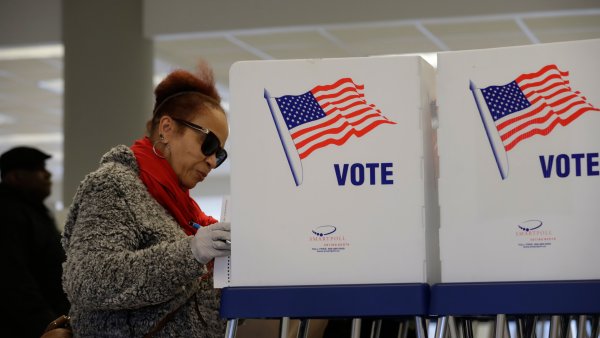 Nebraska Will Open Voting Sites for Primary Despite Concerns 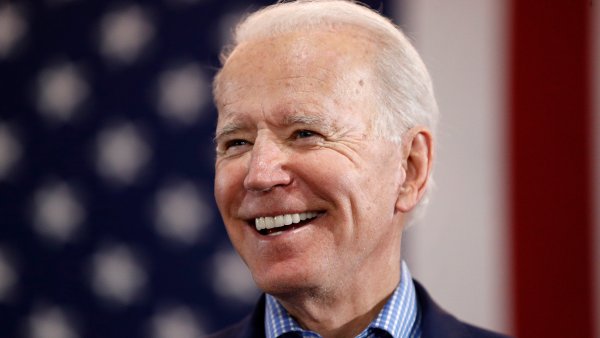 The shows are a proxy for the "Trump TV" network the president considered launching had he lost the 2016 election, and they create an echo chamber for true believers. Akin to actors in a beloved sitcom well into its run, the Trump officials warmly speak in shorthand, trusting that their audience knows the plot and its characters and are tuning in to see programs that, at times, made the president’s infamously off-the-cuff rallies look tightly scripted.

Trump Jr. had seized upon an oddly timed recent Fox News story, which in itself was drawn from 2012 reporting that bin Laden, the late al-Qaida leader, had once proposed assassinating President Barack Obama because doing so would thrust Biden into power and the then-vice president was "totally unprepared for that post," in bin Laden’s estimation. Trump cackled while sitting on the couch next to his girlfriend, former Fox News host Kimberly Guilfoyle, and looked into his Skype camera to declare that even bin Laden knew that Biden "would destroy America."

After Guilfoyle went to cook dinner — it was the couple's second anniversary that night — the president’s son, joined by Republican National Committee official Chris Carr and GOP operative David Bossie, continued to make politically incorrect observations that would draw more scrutiny if they were made anywhere other than a fans-only online broadcast.

President Donald Trump on Thursday said that he "would certainly consider" bringing Gen. Michael Flynn back into his administration if he were "exonerated." Trump, who also mused about pardoning Flynn, did not elaborate further on what circumstances would allow for the indicted former national security advisor to rejoin the White House team.

"China basically screwed the whole world with their lies" about the origin of the coronavirus, Trump Jr. said, before addressing the theory that the pandemic began in a live-animal "wet market" in Wuhan, the epicenter of the Chinese outbreak. "The world would be a better place if China cared a little more about feeding their own people so they don’t have to eat bats. I don’t know, just a casual observation."

Since the Trump campaign went fully virtual on March 13, each video has received at least 1 million hits, according to campaign spokeswoman Erin Perrine. She added that the shows drew more than 300 million combined views in April across all of its platforms: Facebook, YouTube, Twitter, Twitch, Mixr, and the campaign’s own website, with Facebook by far the biggest source of traffic.

Tuesday’s installment, which featured House GOP leader Kevin McCarthy of California, had received 10,943 views on YouTube as of mid-Friday morning. The campaign declined to release any information as to what it could glean in terms of the identity or demographics or hometown of its viewers, all of which was mined from rally sign-ups.

"Given the current dynamic, there are a lot of things up in the air," said Republican strategist David Winston. "Maybe this works, maybe it doesn’t. But you have to be creative as you try to address the issue of how are you going to go about reaching voters."

Former Vice President and the apparent Democratic Presidential nominee Joe Biden, responded for the first time publicly this morning to the sexual assault allegation made by Tara Reade, who briefly worked in his senate office 27 years ago. Biden said on MSNBC'S Morning Joe: "It is not true, It never never happened."

A sense of irreverence, inspired by the president’s lack of filter, permeates the proceedings. On a Saturday night, campaign manager Brad Parscale and Lara Trump, a senior campaign adviser who is married to the president’s son Eric, traded observations about Biden, reinforcing a campaign narrative that the former Delaware senator was not up to the job.

After Lara Trump said Biden cannot "form a coherent sentence," Parscale went on to add, "I feel bad for him. I wish his wife would pull him out of this" and take him to a beach in Delaware.

Parscale said the Trump team moved seamlessly into virtual campaigning after COVID-19 took hold in America and that even after the ground game returns, the campaign will leave its bolstered virtual apparatus in place. He later said his favorite item in his Florida home office was the Hillary Clinton toilet paper that someone gave him in 2016.

"I have boxes of it," he said, "and I take it into the bathroom and it’s just enjoyable since she said so many mean things about me and our campaign and our president." Clinton was the Democratic nominee in 2016.

The Biden campaign has said that, since mid-March, more than 63 million people have engaged with their online content, including livestreams, speeches, press briefings and replays of televised interviews. The candidate has done more online events since a makeshift television studio was set up in his Delaware home.

The Trump surrogates were all sent lights and laptops but the proceedings have a do-it-yourself feel, as the talking heads appear on their couches or in front of campaign signs plastered to home office walls. There are different themes nightly: one show during the week was centered around "Veterans for Trump," another was "Women for Trump" and a third was "Black Voices for Trump."

All were meant to be an answer to what was being shown at that moment on MSNBC and CNN.

"We hope you like it, it’s an unconventional format, basically me hopped up on caffeine doing a rant," said Trump Jr. "But if you like it, we’ll do a lot more of them."