The federal General Services Administration has recognized President-elect Joe Biden as the “apparent winner” of the Nov. 3 election. The move late Monday allows Biden to coordinate with federal agencies on plans for taking over on Jan. 20. Trump, who had refused to concede the election, said in a tweet that he is directing his team to cooperate on the formal transition but is vowing to keep up the fight.

The letter to Biden from Emily Murphy, the head of GSA, came after Trump efforts to subvert the vote failed across battleground states.

Meanwhile, Biden has started rolling out his administrative team with a first wave of Cabinet picks and choices for his White House staff that have prized staying power over star power. 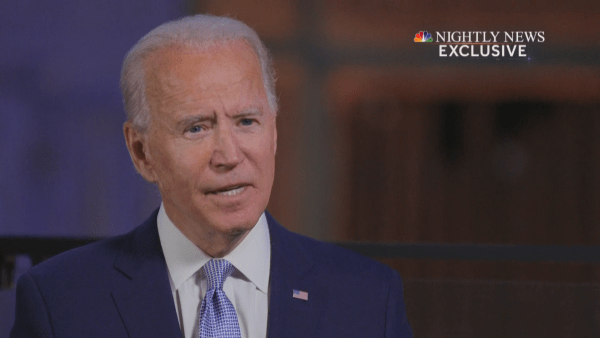 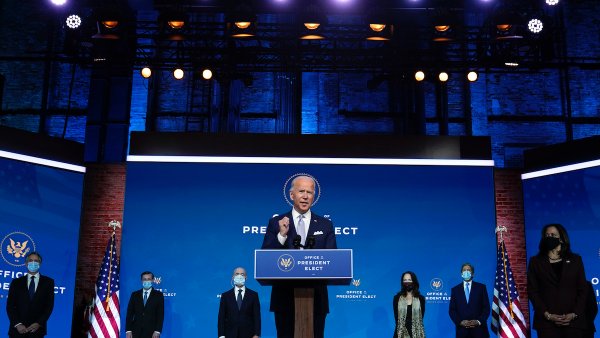 ‘America Is Back': Biden Pushes Past Trump Era With Nominees

A Pennsylvania appeals court judge ordered state officials on Wednesday to halt any further steps toward certifying election results, a day after Gov. Tom Wolf said he had certified Democrat Joe Biden as the winner of the presidential election in Pennsylvania.

Wolf's administration quickly asked the state Supreme Court to block the ruling from taking effect, saying there was no “conceivable justification” for it.

“Since the birth of our nation nearly 250 years ago, no court has ever issued an order purporting to interfere with a state’s ascertainment of its presidential electors — until today,” the administration said in its motion.

Commonwealth Court Judge Patricia McCullough, a Republican, had issued the order and set a hearing for Friday, but canceled it amid the appeal. It wasn't immediately clear if she intended to hold up the certification of state and local contests on the ballot or interrupt the scheduled Dec. 14 meeting of the state's 20 electors.

President Donald Trump on Wednesday phoned into a Pennsylvania state Senate hearing where his legal team was appearing as part of their shriveling legal battle against the election results, NBC News reported.

After calling his lawyers in the middle of the hearing — held at the Wyndham Hotel in Gettysburg, Pennsylvania — Trump launched a breathless, 10-minute long rant about election fraud during which he surfaced many his familiar false claims about dead people voting, illegal ballots, Democrats' corruption and more.

"We have to turn the election over, because there's no doubt we have all the evidence, we have all the affidavits, we have everything," he said, providing no evidence of his various allegations. "All we need is to have some judge listen to it properly without having a political opinion or having another kind of a problem, because we have everything and, by the way, the evidence is pouring in now as we speak."

Biden to Receive First Classified Briefing as President-elect on Monday

Joe Biden will receive his first classified briefing as president-elect and announce his economic team next week.

Biden had been blocked from receiving intelligence briefings and his team members had been blocked from contact with their counterparts in the Trump administration due to the General Services Administration’s refusal to ascertain that Biden won the election while Trump campaign legal challenges against the vote continued. That ascertainment came Monday, lifting those roadblocks to cooperation.

Bedingfield says the team has been in touch with FBI and Department of Justice officials about coordinating expedited background checks for Biden’s senior White House staffers and the Cabinet nominees he announced Tuesday.

President Donald Trump’s personal lawyer Rudy Giuliani is headed to Gettysburg, Pennsylvania, to continue his fight to overturn the results of the election and secure Trump a second term.

Pennsylvania has already certified its results and awarded its 20 electors to Democrat Joe Biden, who was declared the winner of the Nov. 3 election.

Giuliani is leading legal challenges to the balloting in Pennsylvania and other states as the Republican president seeks to maintain his base of supporters and keep his options open for opportunities post-presidency.

Giuliani claimed in a Wednesday interview with New York radio station AM 970 that illegal votes were cast, especially in Philadelphia, that he wants to see disqualified. But a broad coalition of top government and industry officials says the Nov. 3 election was “the most secure in American history.”

In Pennsylvania on Saturday, a conservative Republican judge shot down the Trump campaign’s biggest legal effort in the state with a scathing ruling that questioned why he was supposed to disenfranchise 7 million voters with no evidence to back its claims and an inept legal argument at best.

Chinese President Xi Jinping congratulated U.S. President-elect Joe Biden on Wednesday and expressed hope for “win-win cooperation” amid conflicts over trade, technology and security that have plunged Sino-American relations to their lowest level in decades.

Biden is widely expected to try to resume cooperation with China on North Korea, climate change and the coronavirus following the confrontational approach of President Donald Trump, who launched a tariff war and sanctioned Chinese companies. But analysts expect few major U.S. policy changes due to widespread frustration with Beijing over trade, human rights and technology theft.

China became one of the last major governments to congratulate Biden two weeks ago. There was no explanation for the delay but some commentators suggested Beijing wanted to avoid straining relations with Trump, who had yet to concede and is in office for another two months until Jan. 20.

A statement carried by the official Xinhua News Agency says Xi told Biden “healthy and stable” relations are “the common expectation of the international community."

It said Chinese Vice President Wang Qishan also sent a message to Kamala Harris to congratulate her on being elected vice president.

For the past four years, President Donald Trump has enjoyed the special status of a world leader on Twitter and Facebook, even as he used his perch atop the social media pyramid to peddle misinformation and hurl abuse at his critics.

While regular users could have faced being suspended or even booted from the platforms, Trump's misleading proclamations and personal attacks have thus far only garnered warning labels.

Twitter's rules exempt “world leaders" from some of its rules, such as those barring glorification of violence or encouraging harassment. That means that even if they violate the company's rules, their tweets can stay up behind a warning label (there are some exceptions that are prohibited even for world leaders, such as promoting terrorism or directly threatening someone with violence.)

But on Jan. 20, after President-elect Biden is inaugurated, Trump will lose his world leader status and return to being a private citizen, and at least on paper be subject to the platforms' official rules, like any other user.

On Facebook, the big change will be that Trump's posts will be eligible for fact checks by third-party fact-checkers. And he could face repercussions such as suspension or permanent removal if he violates the companies' rules. This might include targeted harassment or racist threats, for instance. Posting misinformation, unless it's extremely specific about COVID-19 or the voting process, doesn't count.

President-elect Joe Biden is expected to give a speech later today highlighting the challenges facing Americans as the Thanksgiving holiday approaches and the nation faces a surge in coronavirus infections.

The address from Wilmington, Delaware, will touch on "shared sacrifices Americans are making while offering hope "that we can and will get through the current crisis together," his office said in a news release.

Hassan Rouhani said that if Iran and the U.S. could find a path back to “the situation on Jan 20, 2017,” President Donald Trump’s inauguration day, “it could be a huge solution for many issues and problems.”

Under Trump, tensions between the U.S. and Iran have escalated, pushing the two sides to the brink of war earlier this year.

One of Trump’s signature foreign policy moves was unilaterally withdrawing from the nuclear accord in 2018, which had limited Iran’s uranium enrichment in exchange for lifting economic sanctions. Trump has since piled punishing sanctions on Iran that have devastated the country’s economy and crashed its currency.

Rouhani called on Biden to “explicitly condemn” Trump’s maximum pressure campaign as well as “compensate for wrong policies pursued over the past four years,” a possible reference to the massive financial losses Iran suffered as a result of Trump’s sanctions campaign.

In an effort to pressure Europe to find a way around the sanctions, Iran has gradually abandoned the limits of the nuclear deal. Iran’s enriched uranium stockpile, which would have been under 300 kilograms (660 pounds) in the deal, now stands at over 2,440 kilograms (5,380 pounds), according to the latest report by U.N. inspectors.

Rouhani, a relative moderate, along with Iran’s foreign minister, have signaled the country’s willingness to roll back its enrichment and return to negotiations.

Some of Joe Biden’s former colleagues in the Senate who are hoping for a spot in his administration may be out of luck.

The president-elect indicated in an interview with NBC’s Lester Holt that he was less likely to choose a member of Congress for his Cabinet because of the slim margins in the Senate and House. Choosing a person in either chamber, “particularly a person of consequence,” he said, “is a really difficult decision that would have to be made.”

Biden announced his first Cabinet nominations on Tuesday, all Obama administration veterans. But he insisted in the interview that his should not be considered a “third Obama term” because “we face a totally different world than we faced in the Obama-Biden administration,” after President Donald Trump has pushed isolationist policies. In unveiling his national security team, Biden pledged that they would “restore America globally.”

Biden will deliver a Thanksgiving address in Wilmington, Delaware, on Wednesday before traveling to his vacation home in Rehoboth Beach, Delaware, where he’ll spend the holiday with family.