In the new political order of Washington, D.C. — with Republicans running the House — the Environmental Protection Agency has become a punching bag.

Newt Gingrich wants it renamed the Environmental Solution Agency, while businesses surveyed recently by Rep. Darrell Issa, R-Calif., said the agency is the No. 1 obstacle in their path.

And come Wednesday, EPA chief Lisa Jackson likely will face tough questioning when she testifies before the Republican-led House Energy and Commerce Committee on why the EPA thinks it has the authority to regulate greenhouse gases via the Clean Air Act. 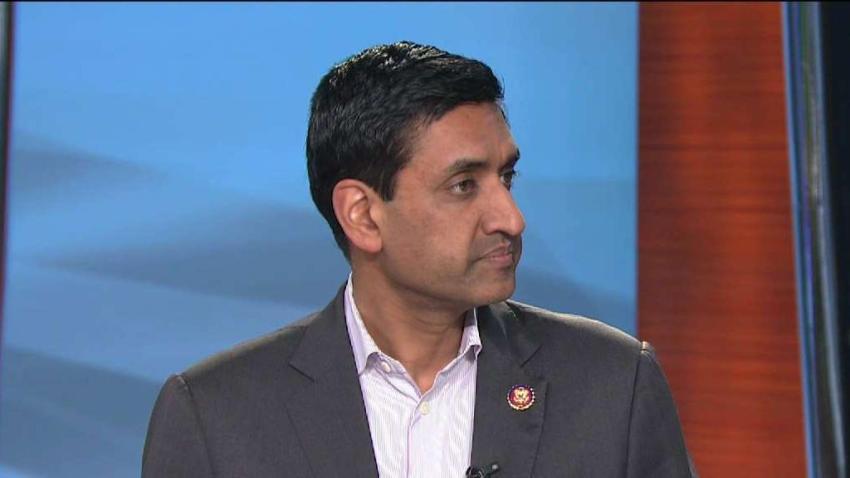 The committee is overwhelmingly Republican, and Upton has called 10 others to testify — all against the EPA strategy.

Such action would also require the support of the Senate, which is still majority Democrat, but Maisano doesn't see that as an obstacle — noting plenty of Democrats "of like minds" with Republicans on this.

Several Senate Democrats from states that rely heavily on fossil fuels — such as Claire McCaskill of Missouri, Joe Manchin of West Virginia and Ben Nelson of Nebraska, all three up for re-election in 2012 — are cosponsoring Rockefeller's bill.

To be sure, the EPA still has supporters: the more liberal Democrats in Congress and folks like David Donniger, climate policy director for the Natural Resources Defense Council.

"The House Republicans pushing this legislation are overreaching, just as they did in the Gingrich Congress in 1995, when they drastically misgauged the depth of public support for protecting health and curbing dangerous pollution," says Doniger, who was the EPA's climate director during the Clinton administration.

Jobs vs. clean air?
But a key difference this time around, and a key weapon for Republicans, is the jobs card. The GOP has made it clear that job creation is its top policy goal and that legislation will be measured by its potential to boost growth.

President Barack Obama knows this, and any environmental rhetoric these days from the White House is dressed up as the opportunity to create new jobs in green industries.

Moreover, while White House officials have insisted over recent months that Obama will veto any legislation limiting the EPA, two recent events have led some to question that.

First, in his State of the Union address last month, Obama stressed a vision for a clean energy economy that includes nuclear energy and the still unproven idea of "clean coal" — two types that appeal to Republicans and those Democrats in coal-reliant states.

"If the Obama administration wants to get legislation done this year on energy that would support his clean-energy goals, one of the things he is going to have to consider compromising on is the EPA and greenhouse gas emissions," Whitney Stanco, an energy policy analyst at the brokerage MF Global, recently told Reuters.

Then, last week the EPA gave notice that it was changing course in a court case involving a long-delayed California power plant. The applicant should not have to comply with tougher pollution standards since the application came in before those new rules, the EPA said.

The move could affect up to 20 similar facilities, the EPA noted, although it insisted the decision had no bearing on EPA's stance to regulate pollution blamed for global warming.

Frank O'Donnell, head of the environmental group Clean Air Watch, saw it as "a disturbing reversal of policy."

It seems aimed at "blunting political attacks" in Washington, he says, but "there is no evidence that this move has cooled off those in Congress who seek to block EPA action on greenhouse gas emissions.

"In fact," he added, "the panel stacked for Wednesday's hearing is further evidence that the Obama appeasement strategy isn’t working."

If Congress does pass legislation limiting the EPA, all eyes will shift to Obama and his veto pen.

"I do have concerns that weak legislation dressed up with a 'clean energy' label could become part of a deal to block EPA," says O'Donnell. "So far, the White House says it opposes efforts to limit EPA. Ultimately, actions will speak louder than words."