From Calamari to Cows: Virtual Roll Call Was an American Travelogue

In Rhode Island, state Rep. Joseph McNamara proudly dubbed his home “the calamari comeback” state as a restaurant worker held the plate of the appetizer without comment

A Montana cattle range, a California beach, a historic bridge in Alabama. A masked man on a Rhode Island beach holding a heaping platter of fried calamari.

These were the sometimes kitschy, sometimes poignant scenes from the first-ever virtual roll call vote at the Democratic National Convention.

The state-by-state tally of the delegates that leads up to the formal nomination of the party's candidate, in this case Joe Biden, is typically shouted from corners of a noisy convention hall floor. But that process, like many convention traditions, had to be reimagined for a socially distanced, pandemic-era convention. Democrats' solution was a video montage of delegates calling out their vote tallies, and flashing hometown pride, from scenic locations across the country.

“We must elect a president who will respect our voices, protect our waters and address climate change," said Chuck Degnan, a veteran, fisherman and Democratic activist from Alaska, speaking from the Native Unalakleet Village.

What exactly are delegates, and how do they determine who becomes the Democratic nominee? We emptied our toy box to explain how primaries and caucuses help the Democratic Party select the next presidential nominee.

The videos brought a light tone to the evening, and a departure from slickly-produced segments and speeches. They mixed TikTok-style homemade goofiness with classic Americana — and, of course, politics.

In Michigan, Sen. Gary Peters stood alongside autoworker Ray Curry in front of a row of shiny cars talking about Biden’s work to bail out the auto industry in the Great Recession. In Louisiana, Rep. Cedric Richmond spoke from an art studio featuring colorful murals. In Kansas, farmer Mark Pringle spoke from the fields.

In Rhode Island, state Rep. Joseph McNamara proudly dubbed his home “the calamari comeback” state as a restaurant worker held the plate of the appetizer without comment. 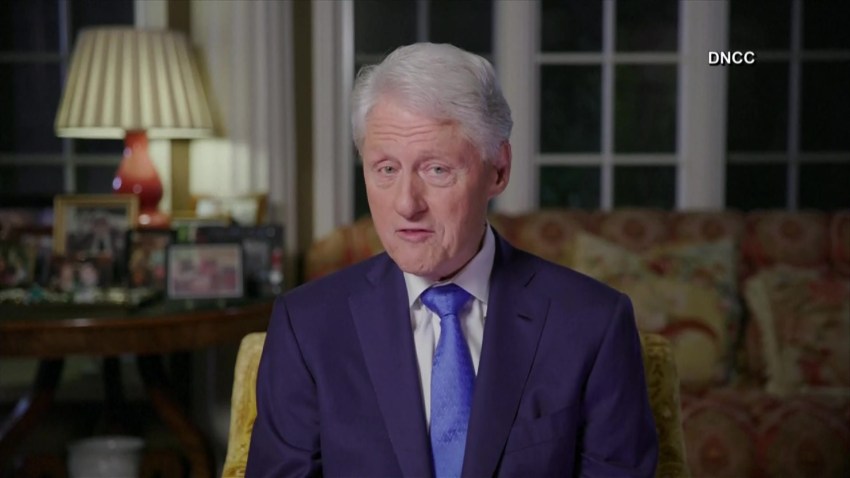 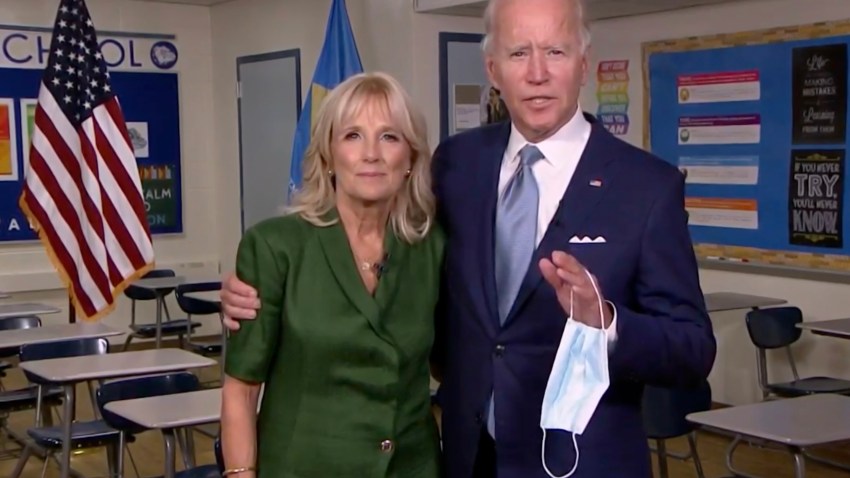 Democrats Make It Official, Nominate Biden to Take on Trump

While many of the videos were light, others took on a more serious tone: In Nebraska, Geraldine Waller, an employee at a meatpacking plant, wore a mask as she spoke about the struggles of essential workers amid the pandemic. Fred Guttenberg spoke about Biden's compassion following the murder of his daughter at the 2018 school shooting in Parkland, Florida. In Wyoming, Judy and Dennis Shepherd spoke about Biden's work to protect LGBTQ Americans more than 20 years after their son Matthew was beaten to death.

In Tennessee, college student Keely Sage marked the 100th anniversary of the ratification of the 19th amendment, which granted women the right to vote.

Each state also cast some votes for Vermont Sen. Bernie Sanders, the last Democrat in the race to challenge Biden. He and his wife, Jane Sanders, stood in the background wearing masks in a video of the Vermont delegation announcing their votes.

Following tradition, Delaware, Biden's home state, was the final state to announce its support for Biden, with Gov. John Carney and Sen. Tom Carper standing at the train station Biden famously used daily to commute to Washington as a young senator.

Watch the best moments from the second night of the 2020 Democratic National Convention. Footage provided is a mixed feed and is a joint effort by the pool and the DNCC.

“Long before this train station bore his name, you’d see Joe Biden up here on the platform with the rest of the crowd," Carney said.

The unexpected travelogue connected as a television event.

It became a guessing game for viewers: Where will my state's delegates speak from? Washington Post editor Tanya Sichynsky tweeted that it was “the most any of us have traveled in months.”

“It's like the Olympic parade of nations,” tweeted NBC's Kasie Hunt, “which I so missed this year.”