Biden Transition Team Didn't Wait for Verdict to Get Busy

Before Saturday's decision in the race, an odd political limbo had taken hold. The Biden team was moving forward but couldn't tackle all that needed to be accomplished

Joe Biden's transition team didn't wait for a verdict in the presidential race before getting to work.

Well before Saturday's victory for Biden, longtime aide Ted Kaufman had been leading efforts to ensure the former vice president can begin building out a government in anticipation of a victory.

Kaufman is a former senator from Delaware who was appointed to fill the seat vacated when Biden was elected vice president. He also worked on Barack Obama’s transition team in 2008, and helped write legislation formalizing the presidential transition process.

Biden first asked Kaufman to start work on a just-in-case transition in April, shortly after the former vice president locked up the presidential nomination at the conclusion of a once-crowded Democratic primary.

The transition can be a frenzied process even under normal circumstances.

Before Saturday's decision in the race, an odd political limbo had taken hold. The Biden team was moving forward but couldn't tackle all that needed to be accomplished; President Donald Trump was claiming without evidence that the election was being stolen from him.

As votes continue to be counted in the remaining battleground states, former Vice President Joe Biden spoke briefly to the press on Thursday to call for the continued counting of legally cast ballots. “Democracy is sometimes messy. It sometimes requires a little patience as well. But that patience has been rewarded now for more than 240 years with a system of governance that’s been the envy of the world.”

It was at least somewhat reminiscent of the 2000 presidential race and that year's postelection legal fight over the recount in Florida. After more than a month, the dispute between Republican George W. Bush and Democrat Al Gore was decided by the Supreme Court — truncating the transition period to just 39 days before the January 2001 inauguration.

Johnson said that in June of 1999 — about 17 months before Election Day 2000 — Bush approached him about heading the possible transition, having seen his father go through the process 11 years earlier. Prior to Election Day, Bush had already settled on Andy Card to serve as chief of staff for both the transition and at the White House.

Johnson thought they were ahead of schedule. But then came the recount. 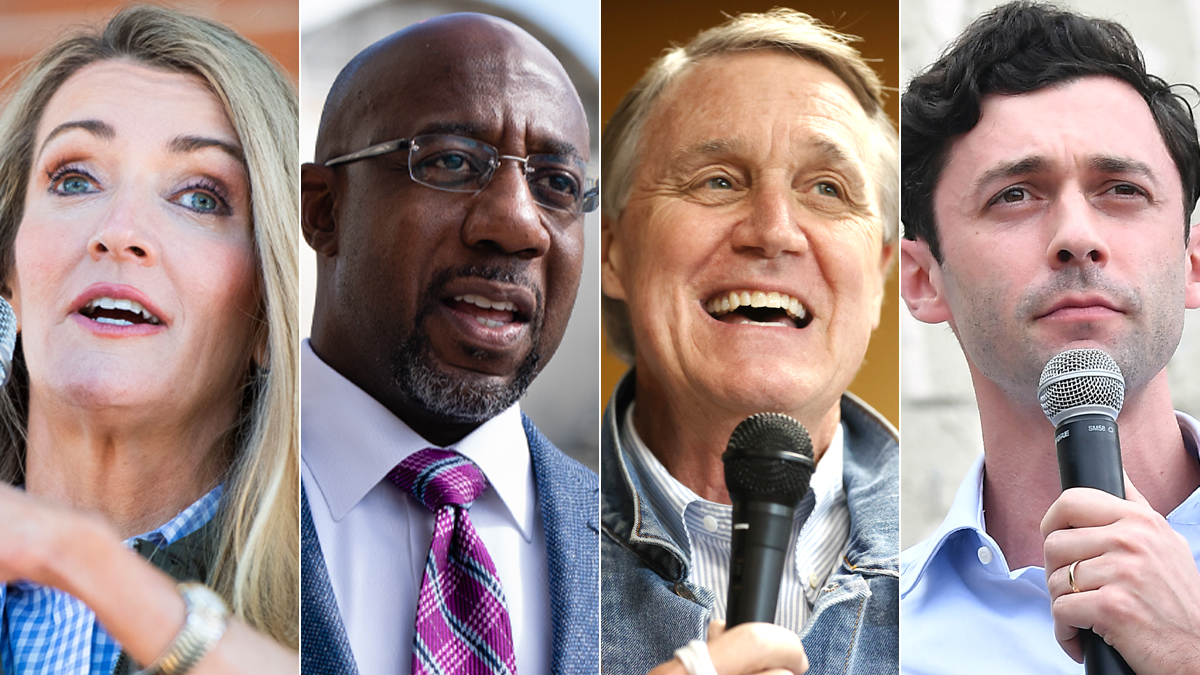 Georgia on Our Mind: State's Races Could Determine Control of the Senate

After an initial 10 days or so, Bush's running mate, Dick Cheney, told Johnson to begin raising money and making staffing decisions, declaring that the race "is going to be resolved one way or the other.”

The Bush team was unable to conduct FBI background checks on potential Cabinet members and other appointees with no official winner declared. Instead, it used a former White House general counsel from the Reagan administration to conduct interviews designed to screen for potential problems that might have turned up in background checks.

"You have to assume you are it and not be presumptuous but they better be working hard as if they are it,” Johnson said of Biden’s team. “And they should have started doing that last Tuesday night.”

Biden's campaign has refused to comment on the transition process. His closest advisers say the top priority will be announcing a White House chief of staff, then assembling the pieces needed to tackle the coronavirus.

A president gets 4,000 appointees, and more than 1,200 of them must be confirmed by the Senate. That could be a challenge for Biden since the Senate may well remain controlled by the Republicans.

The transition process formally starts once the General Service Administration determines the winner based on all available facts. That’s vague enough guidance that Trump could pressure the agency’s director to stall.

Speaker of the House Nancy Pelosi, D-Calif., discussed the continuing vote count and her excitement for Joe Biden and Kamala Harris. Biden leads both the electoral vote and the popular vote, but NBC News has not yet projected a winner.

It’s also unclear if the president would meet personally with Biden. Obama met with Trump less than a week after the election, but there was no dispute about him having topped Hillary Clinton in the Electoral College.

Whenever the process starts, Biden will have to cope with the coronavirus, which has killed more than 230,000 Americans. Biden has promised to use his transition period to meet with the governors of every state and ask them to impose a nationwide mask-wearing mandate. He says he plans to go around any holdouts to secure such rules from county and local officials.

Another key decision will be how Biden deploys his running mate, California Sen. Kamala Harris. His campaign has indicated that Biden will establish a White House-level coronavirus task force like Trump did, but it's not clear if he will tap Harris to run it. Vice President Mike Pence heads the current panel.

Biden has been huddling in his Wilmington home with top advisers and family. Harris has stuck close too, occupying a Delaware hotel with her family since election night and joining Biden as he gave remarks in recent days.

New Jersey Sen. Cory Booker, a former Biden presidential primary rival, said he expects Harris to be “a real partner” to Biden and hopes to see her “managing major issues of importance.”