At the start of the year, Democrats were convinced they’d finally cracked the code.

They’d spent years testing and refining their message on health care reform. They had a popular president to push the effort, and Democratic majorities in Congress to support it. The public seemed receptive to big changes.

Eight months later, the effort is in serious trouble. The White House is almost back to Square One, struggling to break through with a message that has undergone several major course-corrections and on the defensive against wild charges that caught Democrats off-guard.

What went wrong? Bearing the brunt of some of the criticism is Obama himself – once viewed as a sure-fire closer, now facing grumbling on the left for letting critical months slip by without a constant, coherent and consistent argument. Think “change” and “hope” from the campaign, catchwords that Obama practically trademarked. In this fight, his key messages have shifted, from fixing health care to fix the economy, to “stability and security” for people who already have insurance. 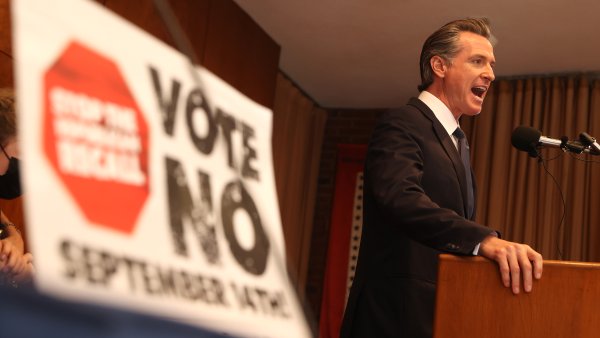 And this week, he returned to an argument Democratic strategists said shouldn't be part of the pitch this year – trying to convince Americans they have a “moral obligation” to help people without insurance, a discredited argument from the reform effort under President Bill Clinton.

“I don’t think the messaging has been very clear,” said Celinda Lake, a leading Democratic pollster on health care. But more so, she added, “the campaign to disseminate the messaging has not been as relentless and organized as it needs to be.”

Said Drew Altman of the Kaiser Family Foundation, “The whole debate drifted in a direction that was disconnected from the core concerns of the American people.”

Democratic strategists see signs of hope in Obama’s recent moves, by focusing on insurance reforms that can provide more security for middle-class voters who are already insured.

Now they want to Obama to do more: Pick one message and stick with it. Steer the Democratic fight over the public insurance option out of the headlines and into the background. Stay above the fray and let his top aides fight the point-by-point policy battles.

In other words, return to being the inspiration leader that Democrats rallied around in the campaign, these strategists said.

“The president does need to get back on the high ground as the moral compass of why reform needs to happen and not spend much time down in the weeds arguing points of policy,” said Anne Kim, economic program director at Third Way, a centrist policy and strategy group that has produced messaging memos on health care. “His job is to tell people health care reform will remove a tremendous burden.”

Democrats fret that Obama has ceded the summer to critics who packed town halls to shout at lawmakers – and whose arguments seem to be taking hold among the public at large.

A new NBC News polls found Obama’s approval rating and voter support for health reform was largely unchanged from a month ago. But nearly half of all voters believe some of the “myths” being spread through the Internet and amplified by Republicans, including that the plan includes coverage for illegal immigrants and amounts to big-government takeover of health care.

White House Press Secretary Robert Gibbs acknowledged this week that the administration has stumbled on messaging.

“I don't think anybody here believes we've pitched a no-hit game or a perfect game,” Gibbs said. “I don't think that's the case.”

Dan Pfeiffer, the White House deputy communications director, said the president isn’t discouraged by the ups and downs of the debate.

“This was never was going to be easy, if it was, it wouldn’t have happened decades ago,” Pfeiffer said. “While the pundit class in this town loves to pick winners and losers on a daily basis in concert with the cable news cycle, the fact is that we have made unprecedented progress toward enacting health reform and are confident on success in the long run.”

But there have been zigs and zags through the past eight months – a far cry from Democratic dreams of one consistent, poll-tested message that would resonate with voters start to finish.

Obama started in the spring with the “experts agenda,” as Altman put it. He talked about implementing health information technology, “bending the cost curve” on health spending, reforming the health care delivery system and funneling more federal dollars into research comparing the effectiveness of medical treatments and procedures.

Each element has been hailed by Republican and Democratic policy experts, but they did little to connect with the average person struggling to pay health care bills, Altman said.

When White House senior adviser David Axelrod briefed Senate Democrats in May, there was not a major emphasis on the insurance reforms that would come to dominate the White House messaging later in the summer.

Obama also focused heavily through the spring on the macroeconomic arguments for overhauling the health care system. The economy had yet to show signs of recovery, so talking about the impact of reforming health care on the economy as a whole may have fit the moment.

It was a solid pitch for his economy agenda, “but not for the health plan,” Lake said. “People want to know how it will affect them.”

Compounding the problem through June was the fact that the House and the Senate blew their deadlines for producing bills. The five committees working on health care had initially planned to release legislation right after the Memorial Day recess. But it wasn’t until mid-July that the committees began producing bills. And even then, the main player, the Senate Finance Committee, was nowhere close to finishing its legislation – and is still plodding along.

“We are in the most difficult period of messaging,” Lake said. “We don’t have a plan we are pointing to with specifics that would garner support.”

Democrats were also still looking for a villain. With all of the major industry players still talking with the White House, it was difficult to find one, Democratic strategists said.

By late July, Obama found one – the insurance industry – as he made another shift. This time, he emphasized reforms to the insurance market, which Axelrod urged senators to describe as “consumer protections.”

Democrats had long talked about the need to focus not on expanding coverage on the 47 million uninsured, but rather the insured, who make 85 percent of voters in an election year, Lake said.

Strategists were relieved to hear Obama start talking about “health insurance reform,” rather than “health care reform.” They liked the fresh attention to promising a more stable and secure existence for middle class voters who are worried about losing their coverage or being unable to afford it.

Lawmakers had hoped to hammer home this message during the August recess, but lost ground amid the spate of angry town halls and an avalanche of claims – which have been discredited – that Obama wants to cover illegal immigrants, establish “death panels,” and guarantee federal funding for abortions.
“In recent days, we have spent additional time correcting the absolute falsehoods about reform, which is a situation aided and abetted by many in the media,” a White House official said.

And this week, Obama returned to making a moral argument to provide insurance for all Americans during a call with faith leaders, a message Democratic strategists said they thought had been dismissed as a smart messaging strategy.

“It is not perfectly clear there is one frame targeted at the insured middle class,” Kim said. “If the message architecture were rock solid then the attack from the right wouldn’t have as much resonance.”

Democrats acknowledge they were lulled into complacency. One party official cited a largely under-the-radar dust up in February when Betsy McCaughey, the former New York lieutenant governor who played an influential role in torpedoing the Clinton reform effort, wrote an op-ed for Bloomberg News in February that Obama planned to ration health care. She cited a provision in the stimulus bill to spend $1 billion on comparative effectiveness research.

Reform advocates thought they won the fight when the money stayed in the stimulus bill, and the issue received only scant attention in the mainstream media.

Then, in May, Republican strategist Frank Luntz acknowledged in a messaging memo to his party that they shouldn’t argue against the need for reform. If even Luntz drew this conclusion from polling, then Democrats thought they were in good shape.

“We weren’t prepared for the level of passion coming from the other side because all signs indicated a greater national consensus on reform,” Kim said. “Luntz said don’t deny the need for health care reform. That lulled us into a sense of complacency – ‘Well, oh, the Republicans can’t say no, the impetus is too strong.’ The forces of ‘no’ were stronger than we thought.”