In unadorned white robes, the first pope from the Americas sets a tone of simplicity and pastoral humility in a church desperate to move past the tarnished era of abuse scandals and internal Vatican upheavals.

The choice of Argentine Cardinal Jorge Bergoglio who took the name Francis reflected a series of history-making decisions by fellow cardinals who seemed determined to offer a message of renewal to a church under pressures on many fronts.

The 76-year-old archbishop of Buenos Aries the first from Latin America and the first from the Jesuit order bowed to the crowds in St. Peter's Square and asked for their blessing in a hint of the austere style he cultivated while modernizing the Argentina's conservative Catholic church.

In taking the name Francis, he drew connections to the 13th century St. Francis of Assisi, who saw his calling as trying to rebuild the church in a time of turmoil.

It also evokes images of Francis Xavier, one of the 16th century founders of the Jesuit order that is known for its scholarship and outreach. Francis, the son of middle-class Italian immigrants, is known as a humble man who denied himself the luxuries that previous Buenos Aires cardinals enjoyed.

He came close to becoming pope last time, reportedly gaining the second-highest vote total in several rounds of voting before he bowed out of the running in the conclave that elected Pope Benedict XVI. Groups of supporters waved Argentine flags in St. Peter's Square as Francis, wearing simple white robes, made his first public appearance as pope.

"Ladies and Gentlemen, good evening,'' he said before making a reference to his roots in Latin America, which accounts for about 40 percent of the world's Roman Catholics . Bergoglio often rode the bus to work, cooked his own meals and regularly visited the slums that ring Argentina's capital. He considers social outreach, rather than doctrinal battles, to be the essential business of the church. He accused fellow church leaders of hypocrisy and forgetting that Jesus Christ bathed lepers and ate with prostitutes. 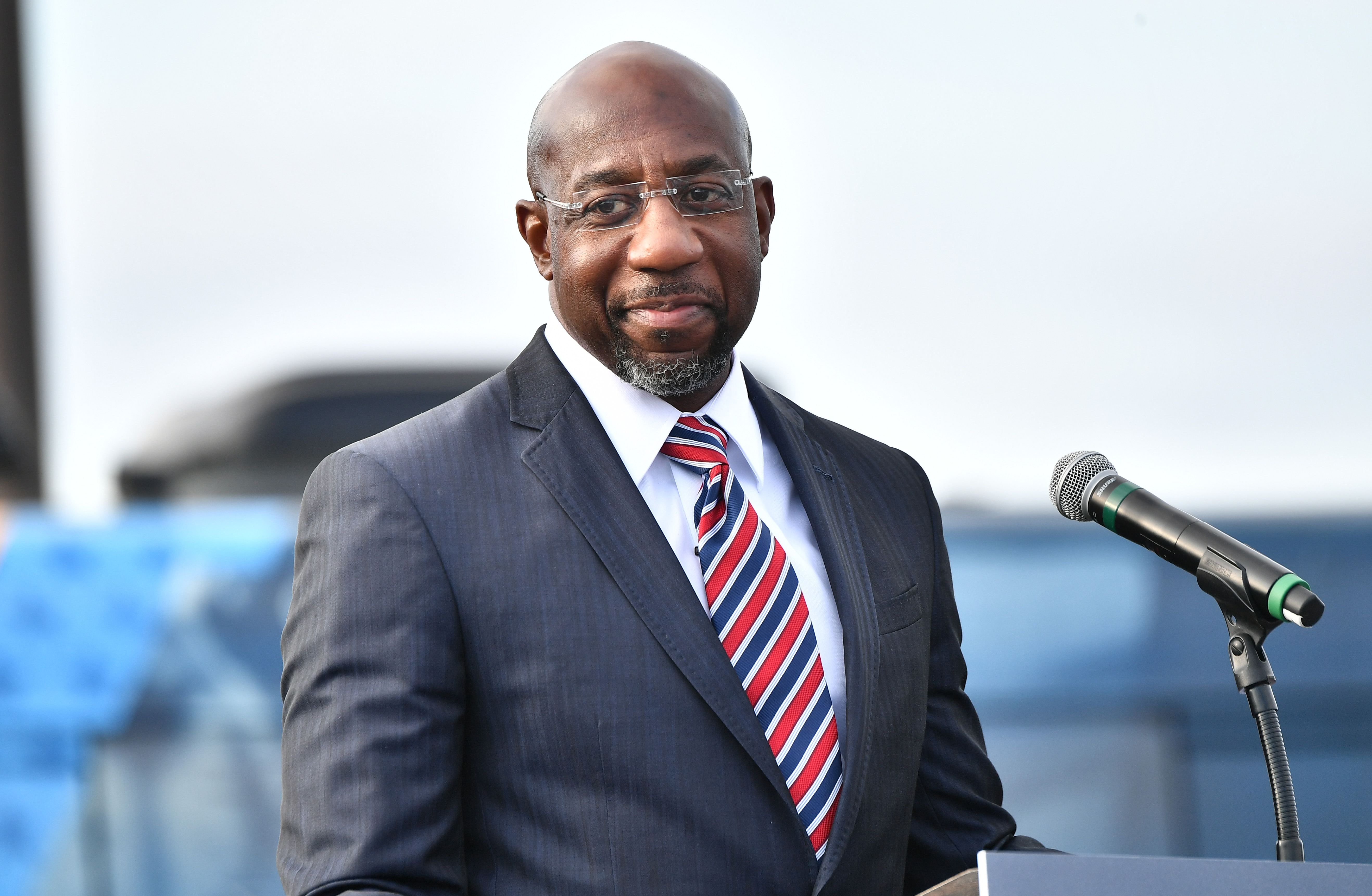 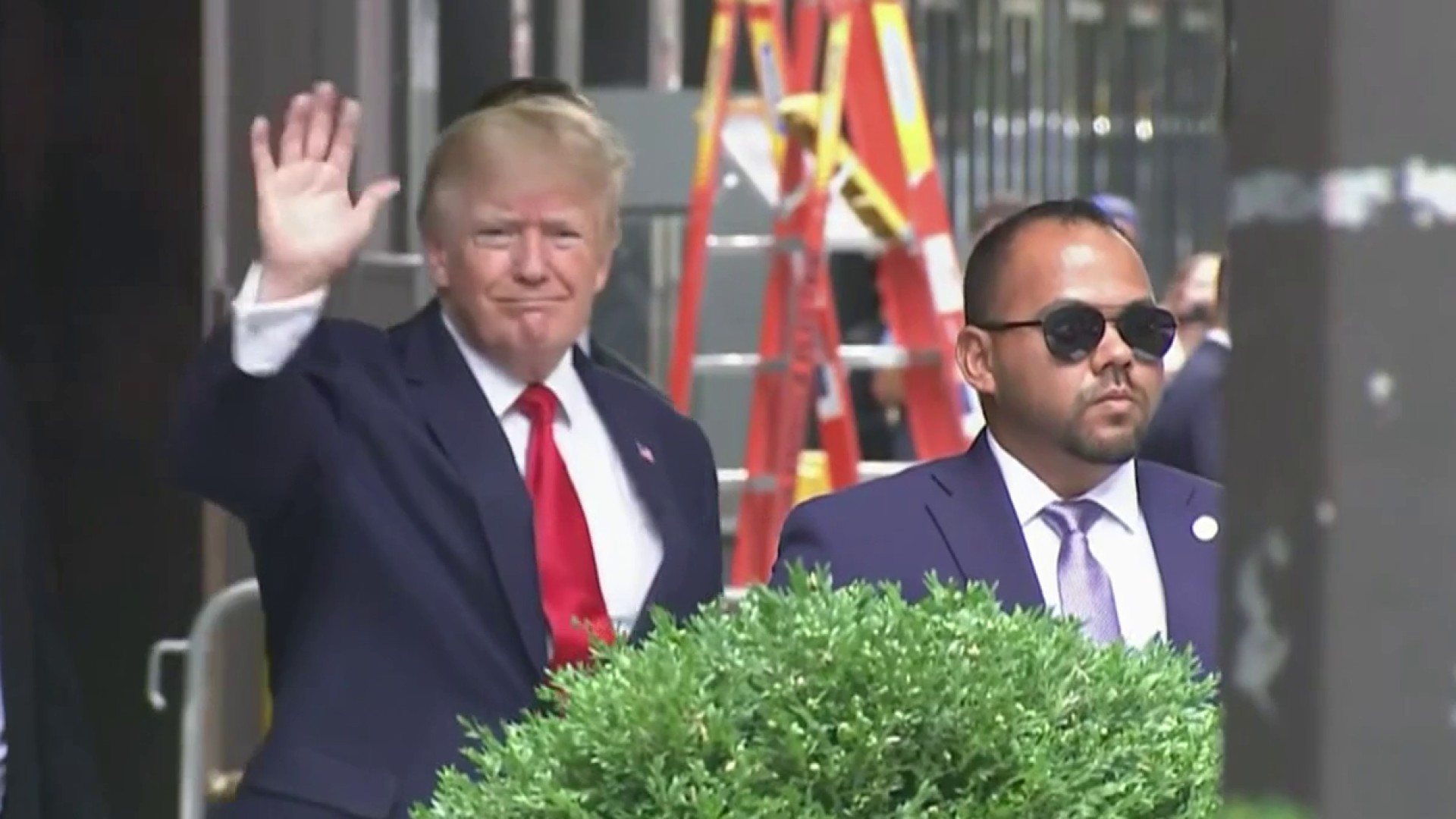 ‘It's an Invitation to Anarchy': Trump's Call to Terminate Constitution Criticized

Bergoglio's legacy as cardinal includes his efforts to repair the reputation of a church that lost many followers by failing to openly challenge Argentina's murderous 1976-83 dictatorship. He also worked to recover the church's traditional political influence in society, but his outspoken criticism of President Cristina Kirchner couldn't stop her from imposing socially liberal measures that are anathema to the church, from gay marriage and adoption to free contraceptives for all.

"In our ecclesiastical region there are priests who don't baptize the children of single mothers because they weren't conceived in the sanctity of marriage,'' Bergoglio told his priests. "These are today's hypocrites. Those who clericalize the Church. Those who separate the people of God from salvation. And this poor girl who, rather than returning the child to sender, had the courage to carry it into the world, must wander from parish to parish so that it's baptized!''

This sort of pastoral work, aimed at capturing more souls and building the flock, is an essential skill for any religious leader in the modern era, said Bergoglio's authorized biographer, Sergio Rubin. Bergoglio himself felt most comfortable taking a very low profile, and his personal style has been the antithesis of Vatican splendor.

"It's a very curious thing: When bishops meet, he always wants to sit in the back rows. This sense of humility is very well seen in Rome,'' Rubin said before the 2013 conclave to choose Benedict's successor.

Bergoglio's influence seemed to stop at the presidential palace door after Nestor Kirchner and then his wife, Cristina Fernandez, took over the Argentina's government.

His church had no say when the Argentine Supreme Court expanded access to legal abortions in rape cases, and when Bergoglio argued that gay adoptions discriminate against children, Fernandez compared his tone to "medieval times and the Inquisition."

This kind of demonization is unfair, says Rubin, who obtained an extremely rare interview of Bergoglio for his biography, the "The Jesuit.''

Is Bergoglio a progressive a liberation theologist even?

He's no third-world priest. Does he criticize the International Monetary Fund, and neoliberalism?

Does he spend a great deal of time in the slums? Yes,'' Rubin said. Bergoglio has stood out for his austerity.

Even after he became Argentina's top church official in 2001, he never lived in the ornate church mansion where Pope John Paul II stayed when visiting the country, preferring a simple bed in a downtown building, heated by a small stove on frigid weekends.

For years, he took public transportation around the city, and cooked his own meals. Bergoglio almost never granted media interviews, limiting himself to speeches from the pulpit, and was reluctant to contradict his critics, even when he knew their allegations against him were false, said Rubin.

That attitude was burnished as human rights activists tried to force him to answer uncomfortable questions about what church officials knew and did about the dictatorship's abuses after the 1976 coup.

Many Argentines remain angry over the church's acknowledged failure to openly confront a regime that was kidnapping and killing thousands of people as it sought to eliminate "subversive elements'' in society.

It's one reason why more than two-thirds of Argentines describe themselves as Catholic, but fewer than 10 percent regularly attend mass. Under Bergoglio's leadership, Argentina's bishops issued a collective apology in October 2012 for the church's failures to protect its flock. But the statement blamed the era's violence in roughly equal measure on both the junta and its enemies.

"Bergoglio has been very critical of human rights violations during the dictatorship, but he has always also criticized the leftist guerrillas; he doesn't forget that side,'' Rubin said. The bishops also said "we exhort those who have information about the location of stolen babies, or who know where bodies were secretly buried, that they realize they are morally obligated to inform the pertinent authorities.''

That statement came far too late for some activists, who accused Bergoglio of being more concerned about the church's image than about aiding the many human rights investigations of the Kirchners' era.

Bergoglio twice invoked his right under Argentine law to refuse to appear in open court, and when he eventually did testify in 2010, his answers were evasive, human rights attorney Myriam Bregman said.

At least two cases directly involved Bergoglio. One examined the torture of two of his Jesuit priests  Orlando Yorio and Francisco Jalics  who were kidnapped in 1976 from the slums where they advocated liberation theology.

Yorio accused Bergoglio of effectively handing them over to the death squads by declining to tell the regime that he endorsed their work. Jalics refused to discuss it after moving into seclusion in a German monastery.

Both men were freed after Bergoglio took extraordinary, behind-the-scenes action to save them _ including persuading dictator Jorge Videla's family priest to call in sick so that he could say Mass in the junta leader's home, where he privately appealed for mercy.

His intervention likely saved their lives, but Bergoglio never shared the details until Rubin interviewed him for the 2010 biography. Bergoglio who ran Argentina's Jesuit order during the dictatorship told Rubin that he regularly hid people on church property during the dictatorship, and once gave his identity papers to a man with similar features, enabling him to escape across the border.

But all this was done in secret, at a time when church leaders publicly endorsed the junta and called on Catholics to restore their "love for country'' despite the terror in the streets. Rubin said failing to challenge the dictators was simply pragmatic at a time when so many people were getting killed, and attributed Bergoglio's later reluctance to share his side of the story as a reflection of his humility.

But Bregman said Bergoglio's own statements proved church officials knew from early on that the junta was torturing and killing its citizens, and yet publicly endorsed the dictators. ``The dictatorship could not have operated this way without this key support,'' she said.

Bergoglio also was accused of turning his back on a family that lost five relatives to state terror, including a young woman who was 5-months' pregnant before she was kidnapped and killed in 1977.

The De la Cuadra family appealed to the leader of the Jesuits in Rome, who urged Bergoglio to help them; Bergoglio then assigned a monsignor to the case.

Months passed before the monsignor came back with a written note from a colonel: It revealed that the woman had given birth in captivity to a girl who was given to a family "too important'' for the adoption to be reversed.

Despite this written evidence in a case he was personally involved with, Bergoglio testified in 2010 that he didn't know about any stolen babies until well after the dictatorship was over. "Bergoglio has a very cowardly attitude when it comes to something so terrible as the theft of babies. He says he didn't know anything about it until 1985,'' said the baby's aunt, Estela de la Cuadra, whose mother Alicia co-founded the Grandmothers of the Plaza de Mayo in 1977 in hopes of identifying these babies.

"He doesn't face this reality and it doesn't bother him. The question is how to save his name, save himself. But he can't keep these allegations from reaching the public. The people know how he is.'' Initially trained as a chemist, Bergoglio taught literature, psychology, philosophy and theology before taking over as Buenos Aires archbishop in 1998. He became cardinal in 2001, when the economy was collapsing, and won respect for blaming unrestrained capitalism for impoverishing millions of Argentines.

Later, there was little love lost between Bergoglio and Fernandez. Their relations became so frigid that the president stopped attending his annual "Te Deum'' address, when church leaders traditionally tell political leaders what's wrong with society. During the dictatorship era, other church leaders only feebly mentioned a need to respect human rights.

When Bergoglio spoke to the powerful, he was much more forceful. In his 2012 address, he said Argentina was being harmed by demagoguery, totalitarianism, corruption and efforts to secure unlimited power.

The message resonated in a country whose president was ruling by decree, where political scandals rarely were punished and where top ministers openly lobbied for Fernandez to rule indefinitely.