The low turnout at Trump's Tulsa rally has sharpened the focus on his visit to Arizona, which doubles as both a 2020 battleground state and a surging coronavirus hotspot

President Donald Trump visited the U.S.-Mexico border Tuesday and tried to credit his new wall with stopping both illegal immigration and the coronavirus. But his visit played out as top public health officials in Washington were testifying about the ongoing threat posed by COVID-19, singling out Arizona as one of the states now experiencing a surge in cases.

In the blazing summer heat, Trump briefly stopped to inspect a new section of the concrete and rebar structure where the president and other officials took a moment to scrawl their signatures on the wall.

"It stopped COVID, it stopped everything,” Trump said.

Trump was looking to regain campaign momentum after his weekend rally in Tulsa, Oklahoma, which was supposed to be a sign of the nation’s reopening and a show of political force but instead generated thousands of empty seats and swirling questions about the president’s campaign leadership and his case for another four years in office. The low turnout sharpened the focus on Trump’s visit to Arizona, which doubles as both a 2020 battleground state and a surging coronavirus hot spot.

By visiting the border, Trump sought to change the subject to an issue he believes will help electrify his base in November.

“Our border has never been more secure,” Trump declared as he met with Republican Gov. Doug Ducey and federal Border Patrol officials.

The visit came one day after the Trump administration announced that it was extending a ban on green cards issued outside the United States until the end of the year and adding many temporary work visas to the freeze, including those used heavily by technology companies and multinational corporations. 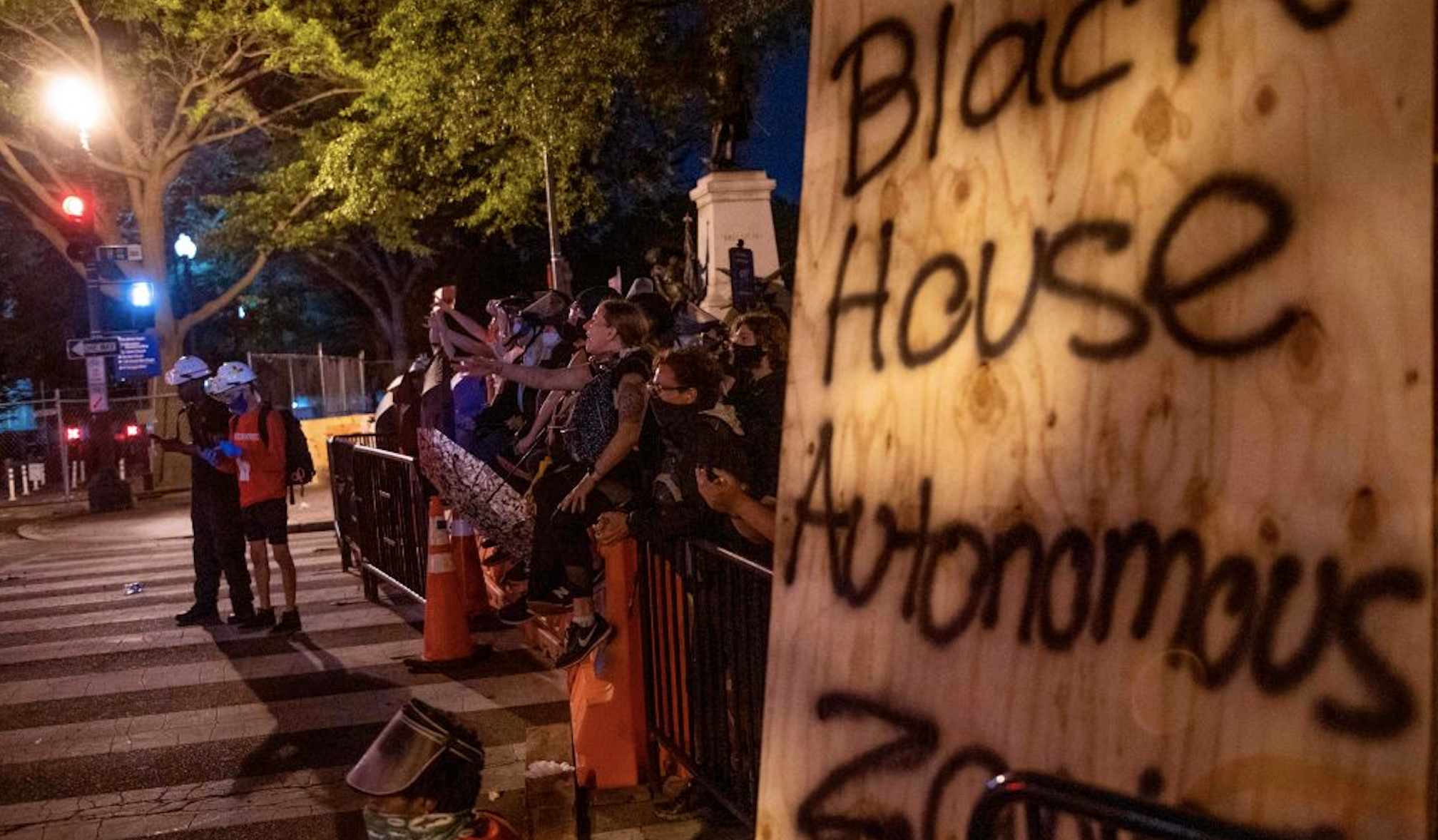 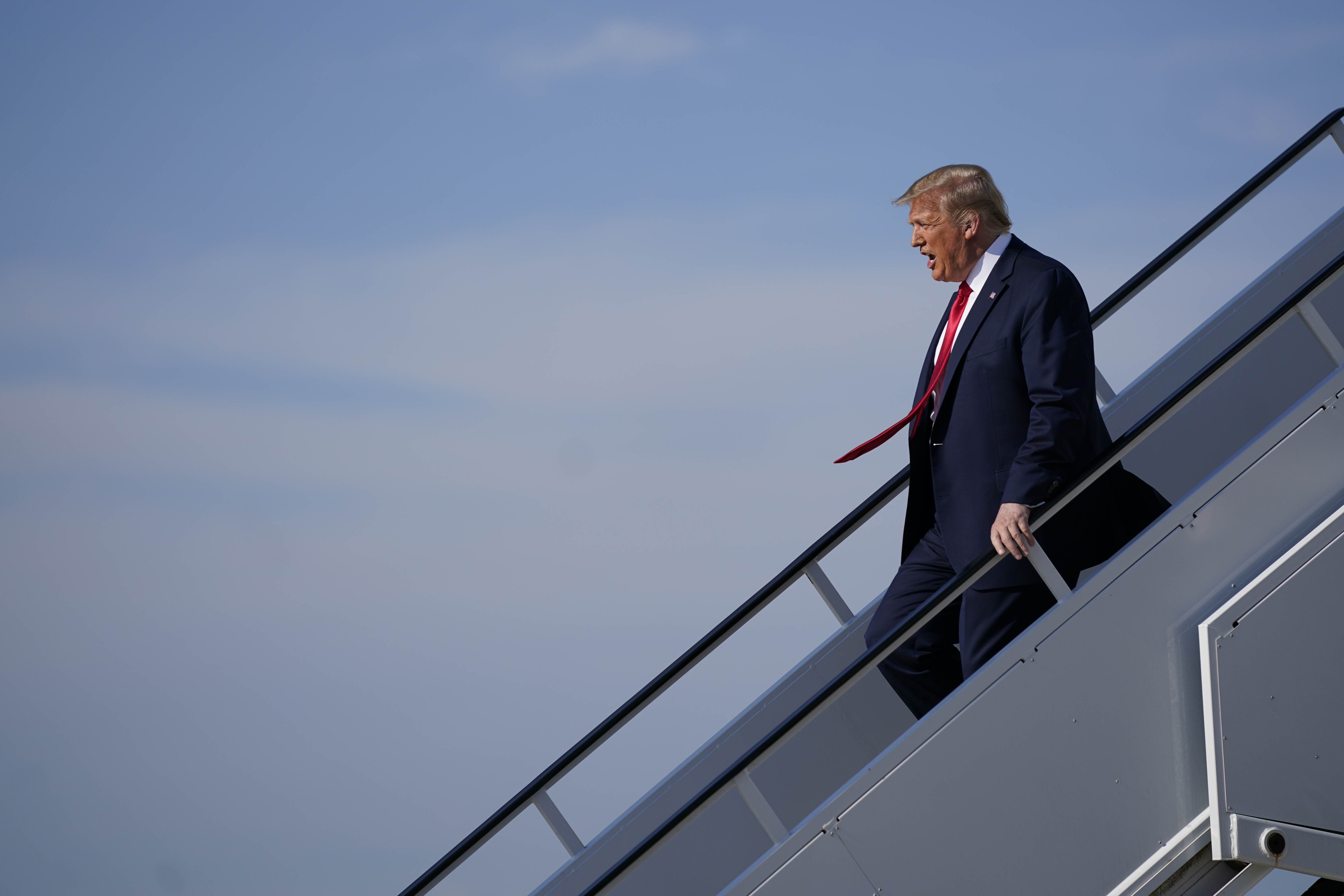 “Right now we want jobs going to Americans,” Trump said of the move.

Later Tuesday, he was to address a group of young Republicans at a Phoenix megachurch, where event organizers have pledged thousands will attend.

Throughout the trip, the COVID-19 pandemic is shadowing Trump. The Democratic mayor of Phoenix made clear she does not believe the speech can be safely held in her city — and urged the president to wear a face mask.

Trump has refused to wear a mask in public, instead turning it into a red-vs.-blue cultural issue. Polling suggests Republicans are far less likely to wear face coverings than Democrats despite health experts’ warnings that it dramatically reduces the risk of transmitting the virus.

The “Students for Trump” event will be held at the Dream City Church and broadcast to groups across the nation. Students for Trump is a special project of Turning Point Action, a group chaired by Trump ally Charlie Kirk, which is hosting the president for his address. Organizers said health and safety measures still were being finalized and it was unclear if attendees would be asked to wear masks or keep socially distant.

Since late May, Arizona has emerged as one of the nation’s most active hot spots for the spread of COVID-19.

Photos of restaurants and bars crowded with unmasked patrons ignited controversy. Ducey, a Trump supporter, reversed himself last week and allowed cities and counties to require people to wear masks in public places. Most have, including Phoenix and Yuma and the counties that surround them.

Arizona is seeing disturbing trends in several benchmarks, including the percentage of tests that prove positive for the virus, which is the highest in the nation.

The state reported a new daily record of nearly 3,600 additional coronavirus cases Tuesday as Arizona continued to set records for the number of people hospitalized, in intensive care and on ventilators for COVID-19. Arizona's total caseload in the pandemic stands at least 58,179, with 42 more deaths reported Tuesday, raising the death toll to 1,384.

“Right now, the next couple of weeks are going to be critical in our ability to address those surgings that we are seeing in Florida, in Texas, in Arizona and other states,” Dr. Anthony Fauci, the federal government's top infectious disease expert, told a House committee Tuesday. “They are not the only ones that are having a difficulty. Bottom line ... it’s a mixed bag.”

Campaign officials stressed that rallies would remain a staple of the president’s reelection strategy but allowed that they may, in certain states, need to change slightly. Discussions were underway about having them in more modest venues or outdoors, perhaps in airplane hangars and amphitheaters, or in smaller cities away from likely protesters.

But officials believe Trump’s ability to draw thousands of supporters out during a pandemic sets up a favorable contrasting image with Democratic rival Joe Biden. Still, the campaign has struggled to find effective attack lines on Biden.

Biden, like Trump, has had struggles with young voters but the former vice president’s campaign has expressed hope that the national protests against racial injustice may change that.

Trump’s visit to the Phoenix megachurch comes on the same day that Vice President Mike Pence kicks off a faith-centered tour, highlighting the central position that religious conservatives -– particularly white evangelicals, but also right-leaning Catholics -– continue to occupy in the president’s base. Yet even as Trump’s campaign overtly courts religious voters, there are signs of softening support among voting blocs the president can’t afford to lose.

A poll released earlier this month by the nonprofit Public Religion Research Institute found that the share of white Catholics viewing Trump favorably had fallen by double digits since last year, measuring 37% in the last week of May compared with 49% across 2019. The same poll found Trump’s favorability among white evangelicals at 62% in May, a level comparable to 2019’s — but 15% less than it was in March.

Trump's focus on construction of his long-promised border wall also is meant to shore up support with his most loyal supporters.

His administration has promised to build 450 miles (724 kilometers) by the end of the year, but that seems unlikely. The government has awarded more than $6.1 billion in construction contracts since April 2019 for various projects along the border. It has also waived procurement rules that critics say make the process of awarding multimillion-dollar contracts secretive and opaque.

Associated Press writers Jonathan Cooper and Astrid Galvan in Phoenix and Elana Schor in New York contributed to this report.