The lawsuits were the latest effort by the Trump administration to punish municipalities that offer protections to immigrants in the U.S. illegally as the president heads into his reelection campaign.

Declaring that law enforcement officers are being “put in harm's way by these ideologically driven policies,” Attorney General William Barr said the Trump administration is suing the state of New Jersey and the county that is home to Seattle over immigration policies that offer protections to immigrants in the U.S. illegally.

The Justice Department said New Jersey is violating federal law by prohibiting state and local law enforcement from sharing information about inmates in the U.S. illegally. Washington state's King County was hit with a lawsuit over a policy that prohibits the Department of Homeland Security from using the King County International Airport-Boeing Field for deportation flights. 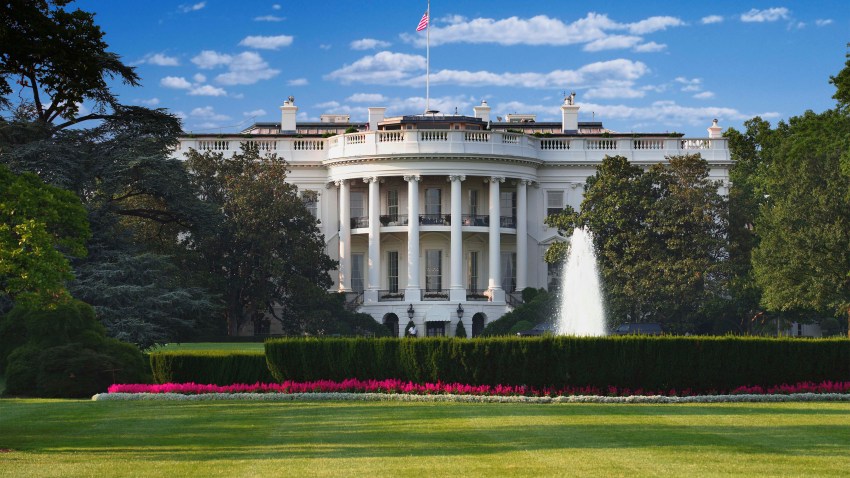 A ‘Dirty Trickster’ With a Nixon Back Tattoo: What to Know About Trump Ally Roger Stone

“Today is a significant escalation in the federal government’s effort to confront the resistance of sanctuary cities,” Barr told an audience of officers at the National Sheriffs’ Association to roaring applause.

The attorney general said the Justice Department would be “robustly supporting” Homeland Security to use “all lawful means,” including federal subpoenas, to obtain information about suspects they are seeking to deport.

“These policies are textbook examples of misguided ideology triumphing over commonsense law enforcement, and it is the public and the police who pay the price,” Barr said.

The administration also sued the state of California to block a law that took effect Jan. 1 to ban new contracts with for-profit prison companies, including thousands of immigration detention beds that the federal government pays for in the state.

Trump has been trying since he took office to punish sanctuary cities. In 2017 Jeff Sessions, then attorney general, said such cities would not receive grant money unless they gave federal immigration authorities access to jails and provide advance notice when someone in the country illegally is about to be released from prison. A federal judge blocked the punishment from being enforced, and the cities got the money.

Federal authorities have tried lawsuits before, suing the state of California over its sanctuary law in 2018. A federal appeals court rejected the bulk of the administration’s lawsuit, though Barr said Monday he was hopeful the government would win before the Supreme Court.

That hasn’t stopped Trump from criticizing the policies and noting, in bloody detail, certain cases where immigrants in the U.S. illegally have committed crimes. On Monday, speaking to the nation’s governors, Trump said that it was essential the country comply with immigration enforcement requests.

“Jurisdictions that adopt sanctuary policies and instead release these criminals put all of Americans in harm's way,” Trump said. “I know we have different policies, different feelings, different everything. But sanctuary cities are causing us a tremendous problem in this country. We have stone-cold killers that they don’t want to hand over to us and then they escape into communities and they cause, in some cases, tremendous havoc.”

But studies have shownimmigrants are less likely to commit crime than U.S. citizens.

New Jersey Attorney General Gurbir Grewal said the Trump administration “is sacrificing public safety for political expedience” and that it is sad the Justice Department had “agreed to go along with this election-year stunt.”

In the run-up to the messaging campaign, a directive from Justice headquarters encouraging “robust local media engagement from every district” caused unease among some public affairs officials in the U.S. attorneys’ offices, according interviews and to correspondence reviewed by The Associated Press.

Some in jurisdictions that aren’t home to sanctuary cities were reluctant to host events because they did not think the matter pertained to them. Others were concerned that a public announcement could agitate relations with local law enforcement agencies that depend on the cooperation of immigrant communities, according to people familiar with the matter who spoke to the AP on condition of anonymity.

But officials sent a note later reassuring districts they were under no obligation to hold a public event.

Some still did: Nebraska U.S. Attorney Joe Kelly held a news conference to highlight the benefits of local and state law enforcement agencies cooperating with the federal government to enforce immigration laws. Kelly said public safety can be jeopardized if local officials refuse to cooperate.

“Each year, many Americans fall victim to crimes committed by illegal aliens because certain officials choose to prioritize their own ideologies over their sworn obligation to uphold the law,” Kelly said. “We don’t have any of those problems here in the state of Nebraska."

In Chicago, federal prosecutors planned a tweet but no news conference. Others around the country published written statements voicing support timed to Barr's speech.

A joint statement by U.S. attorneys in New York criticized the state’s new “green light" law that allows immigrants to get drivers licenses without legal status. “Our citizens, lawful permanent and temporary residents, visitors and undocumented immigrants deserve better, and so do those who serve and protect them," the statement read.

Barr also said Monday that federal officials were “meticulously reviewing the actions of certain district attorneys who have adopted policies of charging foreign nationals with lesser offenses for the express purpose of avoiding the federal immigration consequences of those nationals’ criminal conduct.”

Barr also highlighted a lawsuit filed a few weeks ago against California’s governor and attorney general over a state law that took effect Jan. 1 to ban new contracts for for-profit prison companies, including thousands of immigration detention beds that the federal government pays for in the state. The lawsuit, filed in the Southern District of California, says law usurps the federal government’s constitutional authority.

California Gov. Gavin Newsom defended the law Monday, saying for-profit detention facilities “contribute to over-incarceration, including those that incarcerate inmates, as well as those that detain immigrants and asylum seekers.”