Russian President Vladimir Putin’s most vociferous foe was arrested on Jan. 17 upon returning from Germany, where he spent five months recovering from a nerve-agent poisoning

Russian opposition leader Alexei Navalny described tight controls at his prison in a letter posted Monday, saying they include hourly checks during the night.

Navalny's note posted on his Instagram page confirmed for the first time that he arrived at a prison colony in Pokrov in the Vladimir region, 53 miles east of Moscow, which stands out among Russian penitentiary facilities for its particularly strict regime.

Navalny described the prison, IK-2, as a “friendly concentration camp.” He said that he hasn't seen “even a hint at violence” there but faced overwhelming controls that he compared to George Orwell's “Nineteen Eighty-Four."

Navalny, 44, Russian President Vladimir Putin’s most vociferous foe, was arrested on Jan. 17 upon returning from Germany, where he spent five months recovering from a nerve-agent poisoning that he blames on the Kremlin. Russian authorities have rejected the accusation.

Last month, Navalny was sentenced to 2 1/2 years in prison for violating the terms of his probation while convalescing in Germany. The sentence stems from a 2014 embezzlement conviction that Navalny has rejected as fabricated — and which the European Сourt of Human Rights has ruled to be unlawful. 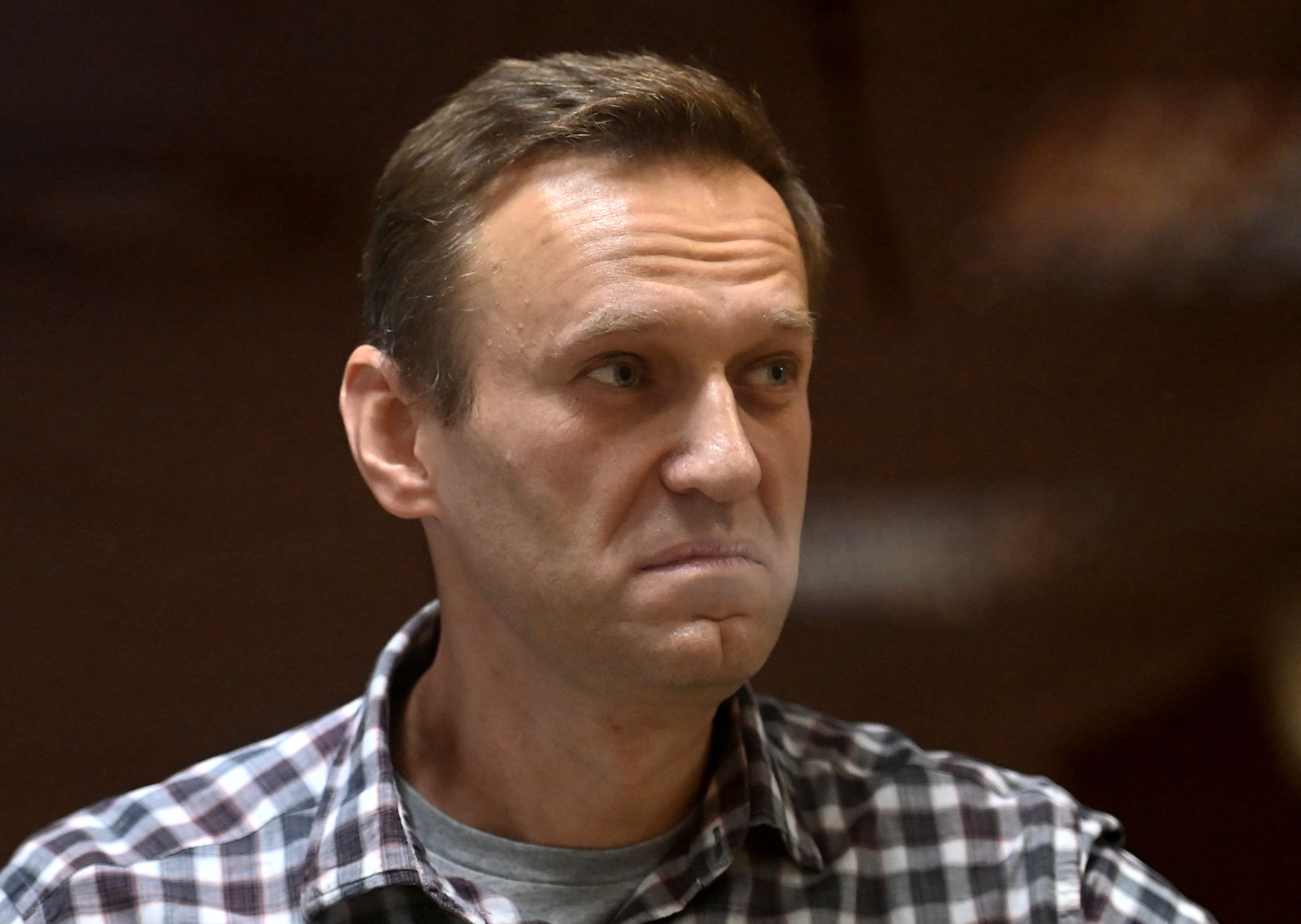 Navalny, whom prison authorities marked as a flight risk, said he's subject to particularly close oversight that includes a guard waking him up every hour at night and filming him to report that he's in place.

“I calmly go back to sleep with a thought that there are people who remember about me and will never lose me,” he said with a touch of his trademark sardonic humor, adding that the prison is rigged with surveillance cameras.

“I must acknowledge that the Russian prison system has managed to surprise me,” Navalny wrote. “I couldn't imagine that it was possible to set up a real concentration camp within 100 kilometers from Moscow."

He said that the prison regimen is rigorously observed and prisoners meticulously follow the rules.

“While I haven't seen any violence or even a hint at violence, the strained posture of inmates who stand at attention and fear turning their heads make me easily believe numerous accounts of people beaten nearly to death with wooden hammers here at IK-2 Pokrov quite recently,” he said. “But the methods have changed, and I can't even recall a place where everyone speaks so politely. I call my new home ‘our friendly concentration camp.’"

His Instagram post had a picture of Navalny with a shaven head, adding that it feels “amazing” to touch.

Navalny didn’t explain how he managed to hand over the letter that was posted.

Navalny’s arrest triggered a wave of protests that drew tens of thousands to the streets across Russia. Authorities have detained about 11,000 people, many of whom were fined or given jail terms ranging from seven to 15 days.

Russian officials have dismissed demands from the United States and the European Union to free Navalny and stop the crackdown on his supporters.

Moscow also has rebuffed the European Court of Human Rights' ruling ordering the Russian government to release him, dismissing the demand as unlawful and “inadmissible” meddling in Russia’s home affairs.