Sen. Chuck Grassley, R-Iowa — a longtime, self-appointed defender of inspectors general and congressional oversight — requested that the White House explain the basis for the firings in April and May

The White House said that President Donald Trump followed the law when he fired multiple inspectors general in the last two months, but the administration offered no new details about why they were let go.

A White House letter issued Tuesday in response to concerns from a prominent Republican senator does little to explain the decision-making behind Trump's recent upheaval of the inspector general community. It is unlikely to quell outrage from Democrats and good-government groups who fear the president is moving to dismantle a post-Watergate network of watchdogs meant to root out corruption, fraud and other problems inside federal agencies.

Sen. Chuck Grassley, R-Iowa — a longtime, self-appointed defender of inspectors general and congressional oversight — requested that the White House explain the basis for the firings in April and May of the inspectors general for the intelligence community and the State Department. 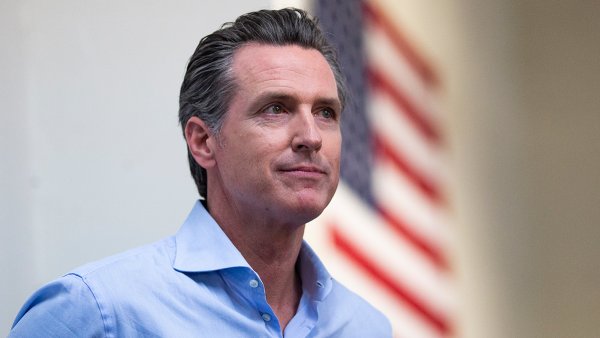 The response Tuesday from White House counsel Pat Cipollone does not provide those details, instead making the points that Trump has the authority to remove inspectors general, that he appropriately alerted Congress and that he selected qualified officials as replacements.

“When the President loses confidence in an inspector general, he will exercise his constitutional right and duty to remove that officer — as did President Reagan when he removed inspectors general upon taking office and as did President Obama when he was in office," Cipollone wrote.

The tumult has not been limited to the watchdog offices at the State Department and intelligence community.

Trump also demoted Glenn Fine from his role as acting inspector general at the Pentagon, effectively removing him as head of a special board to oversee auditing of the coronavirus economic relief package. Fine resigned Tuesday.

And he moved to replace the chief watchdog at the Department of Health and Human Services, Christi Grimm, who testified Tuesday that her office was moving ahead with new reports and audits on the department's response to the coronavirus despite Trump's public criticism of her.

Taken together, the moves have raised alarms about efforts to weaken government oversight and about possible retaliation for investigations or actions seen as unfavorable to the administration.

Michael Atkinson, who was fired as intelligence community inspector general last month, advanced a whistleblower complaint that resulted in the president's impeachment. Democrats say Steve Linick was fired as State Department inspector general as he was conducting investigations tied to Secretary of State Mike Pompeo.

Grassley said Tuesday that he was dissatisfied with the White House's lack of explanation, saying: ”Congress made clear that if the president is going to fire an inspector general, there ought to be a good reason for it. The White House Counsel’s response failed to address this requirement."

Grassley, who bristles at criticism that he has gone easy on Trump, also criticized the White House for allowing two acting inspectors general — at the State and Transportation departments — to hold separate jobs within those agencies at same time.

Stephen Akard, State’s new acting inspector general, also serves as Senate-confirmed director of the Office of Foreign Missions, where he oversees the treatment of foreign missions and their representatives in the United States.

Howard “Skip” Elliott, the new acting inspector general at Transportation, is administrator of the Pipeline and Hazardous Materials Safety Administration, a key Transportation agency. He has pledged to recuse himself from investigations into the pipeline agency.

“The White House Counsel’s letter does not address this glaring conflict of interest," Grassley said. ”Congress established inspectors general to serve the American people — to be independent and objective watchdogs, not agency lapdogs."

Grassley said he has long made it clear that “acting inspectors general should not be political appointees in order to preserve the independence required of the office," adding that he is working with Senate colleagues on legislation to codify that principle.