It all came into place for lifelong 49ers fan Nick Lafrenz in the week leading up to Super Bowl LIV.

Lafrenz also is a diehard "Star Wars" fan, and he wanted to make a helmet modeled after Din Djarrin's, the protagonist of "The Mandalorian" on Disney+. He had seen 3D-printed versions pop up on Reddit with paint jobs matching the show's, but Lafrenz "wanted to try something different."

Then, with the 49ers set to play the Kansas City Chiefs with a championship on the line, it hit him.

"[It] just kinda clicked that I should mash up my two biggest fandoms, ‘Star Wars' and the 49ers," Lafrenz told NBC Sports Bay Area over email earlier this week.

This was the way.

Lafrenz, 24, experimented with a few different designs before settling on Rob Pauza's free-to-download model. Constructing the helmet was a lot more complex than doing the magic-hand thing, and Lafrenz didn't have any beskar to mold. 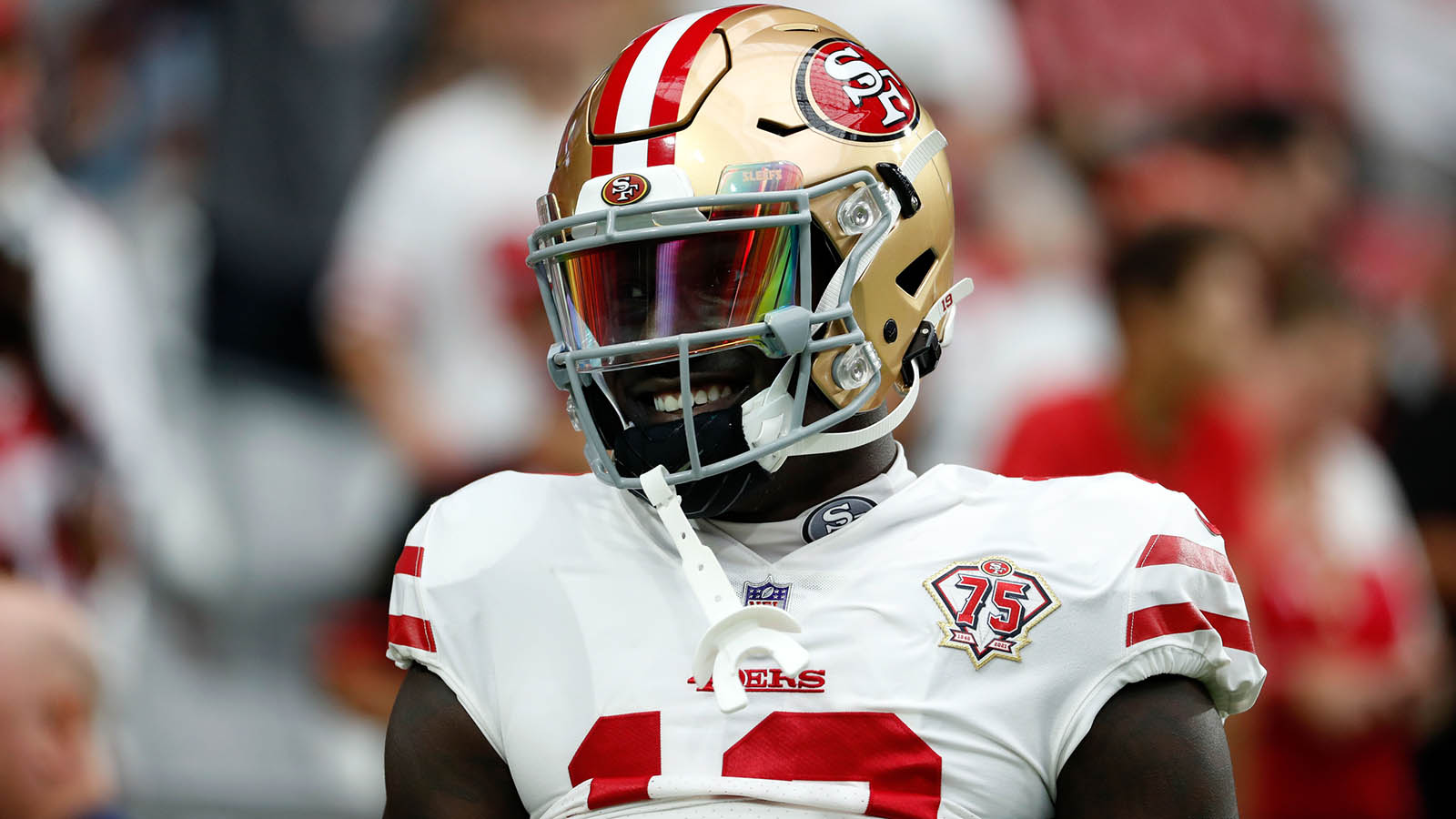 Printing took about a week, Lafrenz said, and he "did multiple rounds of filler primer, spot putty and sanding by hand" before the helmet was smooth enough. He spray-painted the helmet in a single weekend, then installed a gold-mirror visor inside the helmet -- and some padding for comfort -- as the last steps.

Lafrenz shared the finished product on a subreddit dedicated to the 49ers earlier this week, and he estimated that the entire process took about 50 hours of overall work since he started in late January.

"If I were to do another, I could probably have it put together in two weeks," he said.

[RELATED: Cardinals have potential to be 49ers' toughest division foe]

Djarrin and his fellow Mandalorians spend much of the show's first season underground, hiding from a remnant of the fallen Galactic Empire.

Lafrenz has a different approach to living in enemy territory. He doesn't have to contend with stormtroopers or a Darksaber-wielding Moff, but the Portland native regularly encounters rivals at work.

Bounty-hunting is a complicated profession, but so is working with Seattle Seahawks fans.

"My office is full of Seahawk fans so I've got to represent the 49ers," he said. "I have never been to a 49ers home game, but I would love to walk into Levi's Stadium wearing it. However, I may need it if I travel up north into enemy territory."