CHARLOTTE, N.C. –- Four 49ers players raised fists in protest on the 49ers' sideline while Colin Kaepernick and Eric Reid took a knee during the national anthem before Sunday's game.

Antoine Bethea, Eli Harold, Jaquiski Tartt and Rashard Robinson each lifted their right arms during the playing of the national anthem prior to the 49ers' game against the Carolina Panthers. 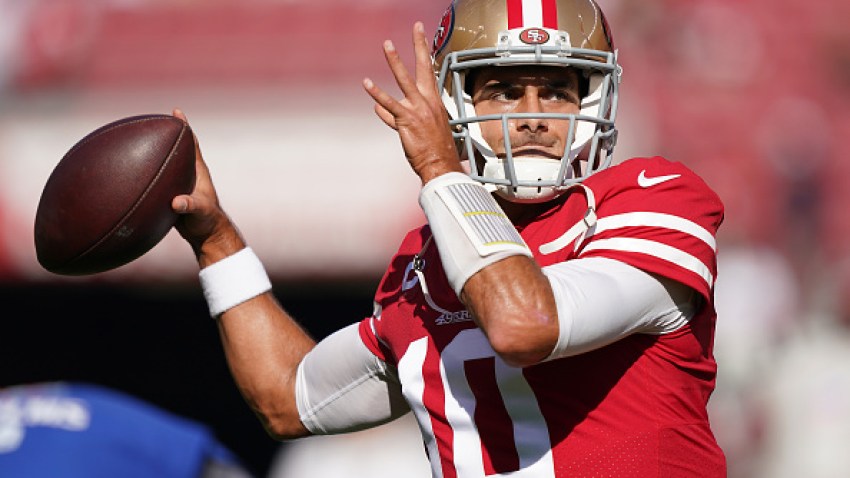 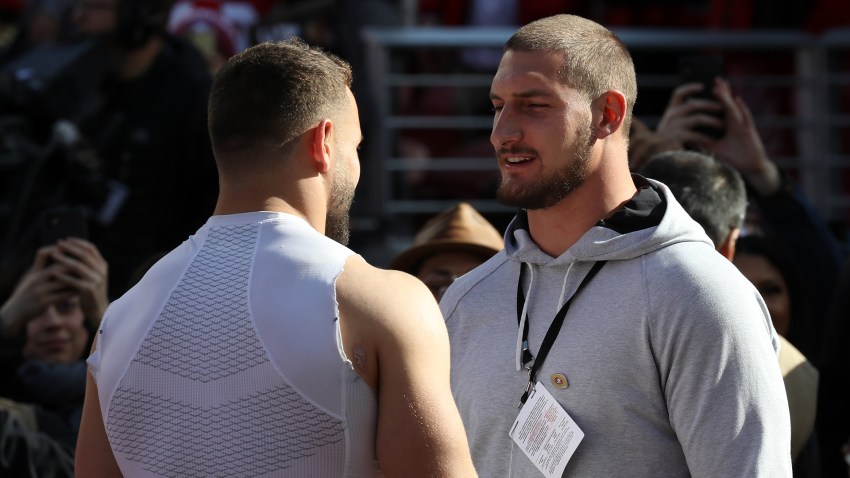 The players are protesting to bring attention to racial inequality in America, a movement Kaepernick began during the exhibition season.

Bethea and Harold raised fists during the palying of the national anthem in the season opener on Monday night. Bethea on Sunday recorded an interception of Panthers quarterback Cam Newton on the second play of the game.

"(We're) trying to figure out a way to move forward and just shift the conversation from what and how and how many people are protesting to what are we doing to make this change that we're talking about," Reid said. "So he wants to help with that. And he wants to get people together to move forward. I'm so grateful that he cares enough to do that. It just means a lot."

The 49ers recently pledged $1 million from the organization's charitable arm, the 49ers Foundation, to two Bay Area charities that work against social inequality.

"I think it's time that the conversation changes to how we proceed with making these issues better," Reid said.