A's Bounce Back to Take Series Over Angels

Ramon Laureano had two RBIs and Mark Canha reached base four times for the A's, who rebounded from a five-game skid by taking two of three in Anaheim.

Mike Trout hit a two-run homer for the Angels, who have lost three of four. 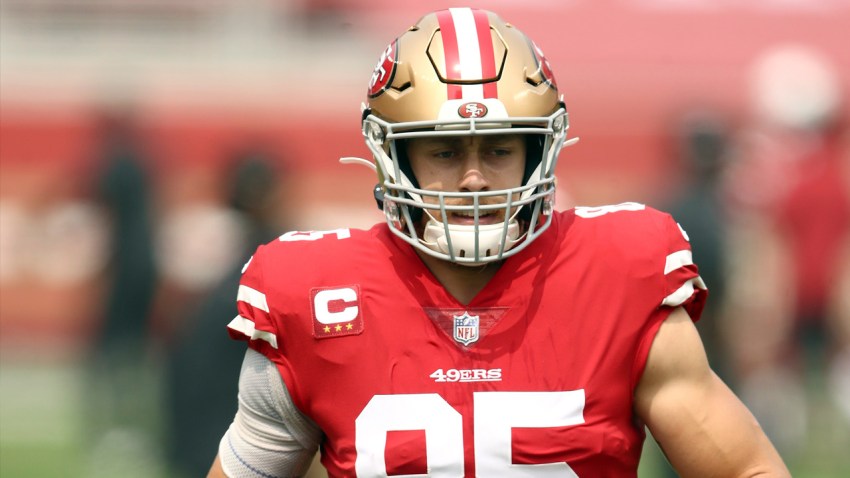 The A's cobbled together six runs in a two-inning stretch without an extra-base hit against Tyler Skaggs (4-6). Laureano had an RBI single and a sacrifice fly during the rallies.

One night after these teams played the longest nine-inning game in Angel Stadium history in a glacial 4 hours, 13 minutes, Oakland won another deliberately paced game behind Fiers (5-3), who yielded seven hits and three runs while earning his second career victory at the Big A.

The Halos dropped the series to their California rivals with a weak performance including three errors and a second straight night of ineffective pitching.

Skaggs couldn't get an out in the fifth inning, matching his shortest start of the season on a night when Los Angeles was hoping for a lengthy outing from its left-hander. Skaggs yielded six singles and four walks in his fourth consecutive winless start.

Skaggs gave up a few hard-hit balls early, but Trout made a running catch at the wall and Kole Calhoun made a diving grab to keep the A's off the board.

Oakland scored three in the fourth inning with four consecutive singles and a sacrifice fly during a rally that began with Piscotty's single. The A's added three more in the fifth with just one hit, capitalizing on three walks, two errors and two more sacrifice flies.

Trout trimmed Oakland's lead to 6-3 in the fifth with his 16th homer, a two-run shot that went 403 feet. The two-time AL MVP homered in his second straight game and the fourth time in his last seven games.

Shohei Ohtani went 1 for 4 and scored a run for the Angels. The 2018 AL Rookie of the Year has a hit in seven of his last nine games.