The San Francisco Giants are beginning a new era under manager Gabe Kapler with many of the familiar faces who were part of all that winning last decade.

And one glaring absence: Buster Posey.

The veteran catcher has opted out of the season after adopting twin girls who were born prematurely on July 3.

It’s April, it’s sunny and it’s supposed to be baseball season but we have no Giants or A’s so what are the teams doing and could we lose this season all together? NBC Bay Area’s Raj Mathai spoke to the Giants’ new manager Gabe Kapler for answers.

The Giants are counting on everybody who is still here being better in this sprint of a season to get San Francisco back in the mix as a contender, even if nobody else expects it from this group.

“The cool thing about this is we’re going to start this 2020 campaign in a pennant race so every game takes on an added level of importance,” Kapler said.

If the Giants are going to make strides after finishing 77-85 last year, keeping key players healthy will be paramount — from Brandon Belt at first base to key starters Johnny Cueto and Jeff Samardzija on the mound.

“It’s a completely different offseason when you’re not battling an injury,” outfielder Mike Yastrzemski said. “It’s great to have guys who are comfortable coming in and not having to worry about spending an extra three hours here every day just to try and make sure they can go out and play.” 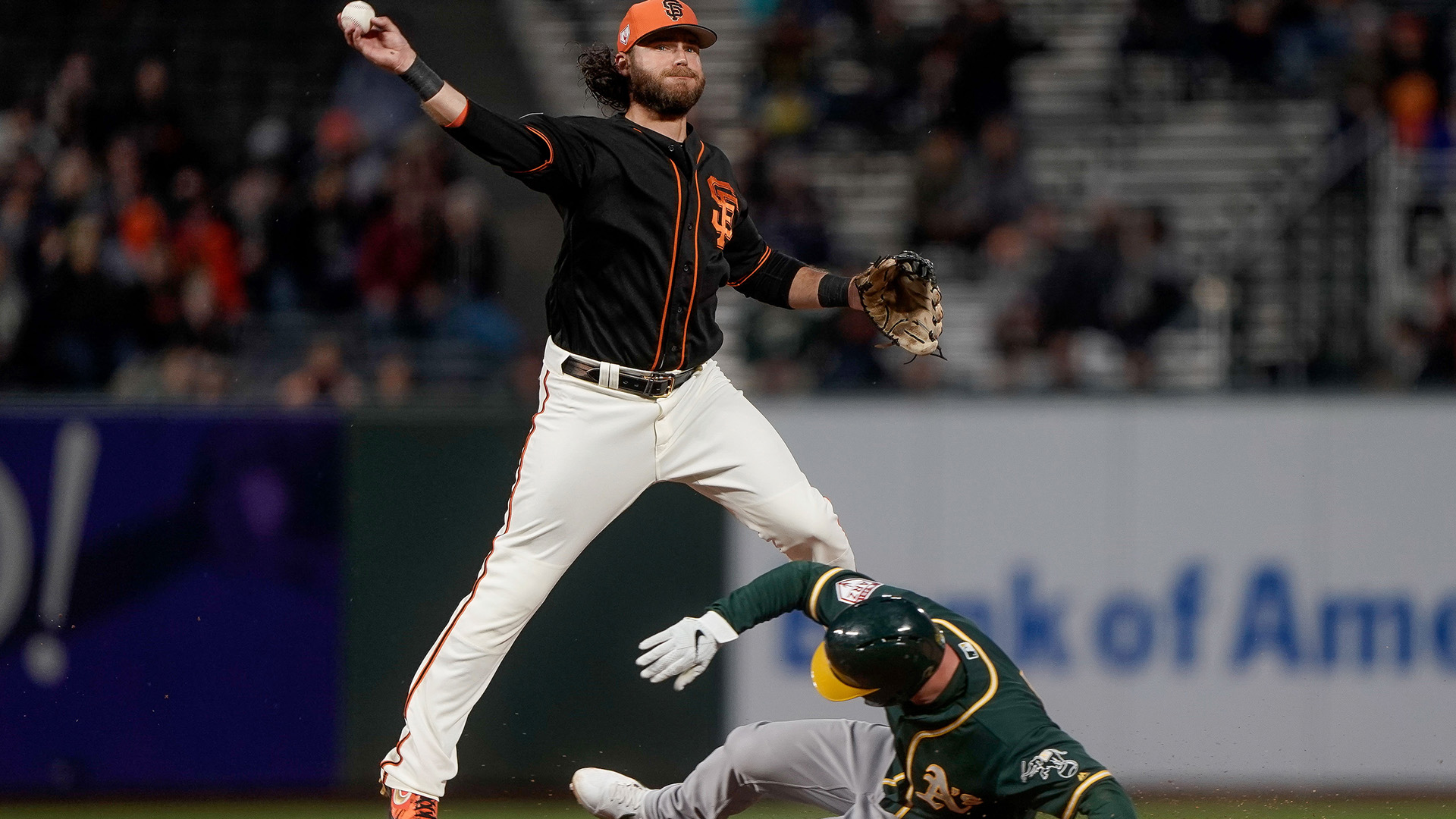 Giants, A's to Play Pair of Exhibition Games Ahead of 2020 MLB Season 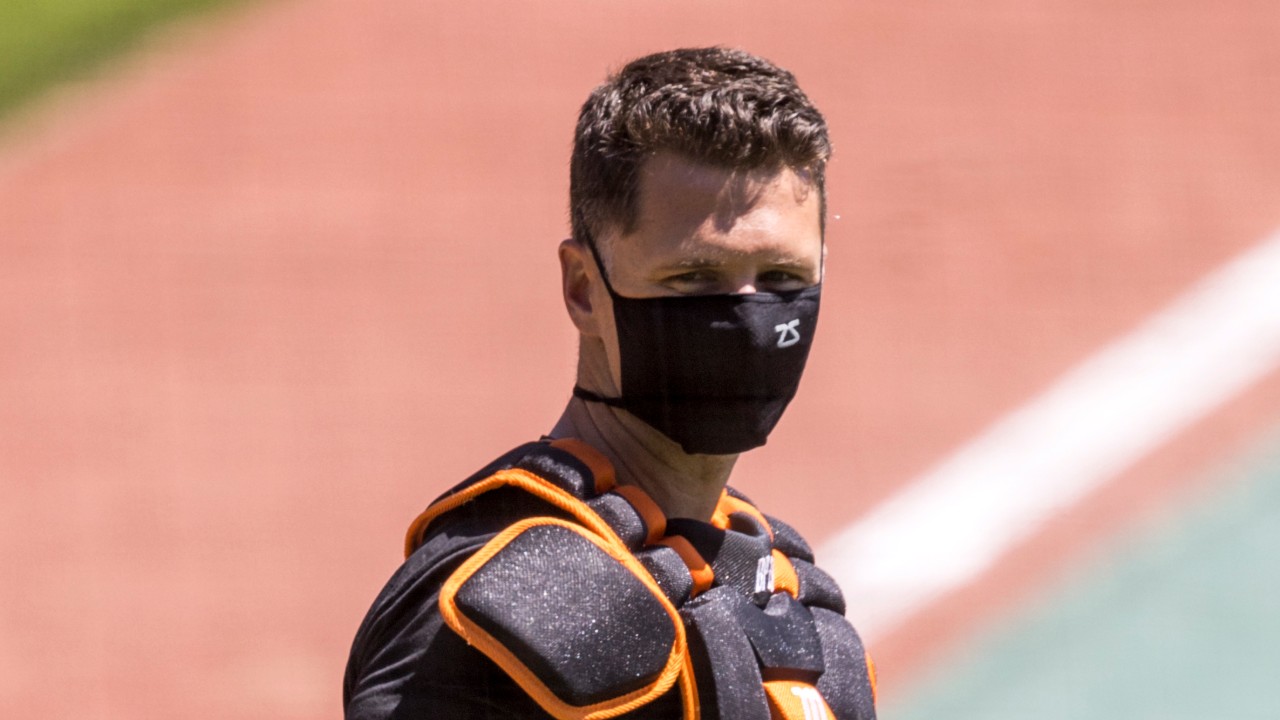 Belt needed a walking boot and was sidelined early in summer camp because of a sore heel that Kapler didn’t expect to slow him significantly.

“The problem that we’ve had over the past couple years was injuries, so having everybody back and everybody healthy, we really believe that we’re going to have a shot to make a run this year, ” Belt said. “It’s just a matter of believing it ourselves and going out there having the goal in mind to win baseball games. I really think we have a good chance to do that this year more so than the past few years.”

Rob Brantly and Tyler Heineman are the catchers who will now be competing to start after they expected to fight for the backup job. Both spent most of 2019 at Triple-A.

Posey came out swinging from the first day of spring training, a positive sign his surgically repaired right hip was finally healthy again after it bothered him last season. The six-time All-Star had season-ending right hip surgery in August 2018, then he batted just .257 with seven home runs last year.

The Giants will miss his bat and presence.

Hunter Pence and Pablo Sandoval are a couple of fan favorites who returned for another go with the Giants this year — and their experience was felt in the clubhouse and on the field from Day 1.

The switch-hitting Sandoval returned to summer camp noticeably heavier following the layoff. He is working back from Tommy John surgery on his right elbow in early September.

Kruk and Kuip weren’t at the ballpark for the Giants Home Opener Friday but they were with NBC Bay Area’s Raj Mathai.

Infielder Wilmer Flores will provide Kapler with flexibility to mix and match and provide players with key days off and also is expected to be a regular in the lineup at first base against left-handed pitching.

San Francisco knows plenty about Flores, who batted .317 with nine homers, 18 doubles and 37 RBIs over 89 games for Arizona last season.

All eyes will be on Kapler and how he leads a mix of proven veterans and young players while beginning his first season managing the Giants following two disappointing years in Philadelphia.

Kapler, who was fired Oct. 10 by Philadelphia after going 161-163 with the Phillies, has put his players’ health and well-being first and committed himself to keeping everybody comfortable during such strange circumstances.

He follows Bruce Bochy, who retired after 13 years in San Francisco and three World Series championships.

Teenager Marco Luciano has made an impression in camp and demonstrated why he is the club’s top prospect at 18 with a mighty home run swing. The talented international addition from the Dominican Republic isn’t the only youngster turning heads.

Everybody expected more competition to make the roster out of spring training months ago, at nearly every spot on the diamond.