Baseball Should Only Be Played When Temperature Hits 100 Degrees

In order of amazement, the three greatest developments to come out of Game One of the World Series were:

1) The heat. 103 degrees at 5:10 in the afternoon works only in July, in sub-Saharan Africa, the Arabian Peninsula, or Kazakhstan. Not October 24 in Los Angeles.

2) The time of game – 148 minutes of sprightly yet commercial-engorged baseball in a year in which the average time was a record high by six minutes and the Boston Red Sox AVERAGED 3:20.

Now Kershaw has done this sort of thing before, and often – just not in the postseason. His only more dominant performance was in Game 2 of the NLCS against the Cubs, in which . . . oh, who cares. He was a total badass (baseball lingo for "total badass"), and that's a sufficient summary.

The heat is just the byproduct of us dry-roasting the planet well ahead of the time when it is supposed to be subsumed by an expanding sun.

But it may also offer an ancillary explanation as to why this was the fastest World Series game in 25 years. I mean, who wants to stand in an outdoor convection oven doing anything? After all, there's a reason there are no Major League Baseball franchises in the Libyan desert. 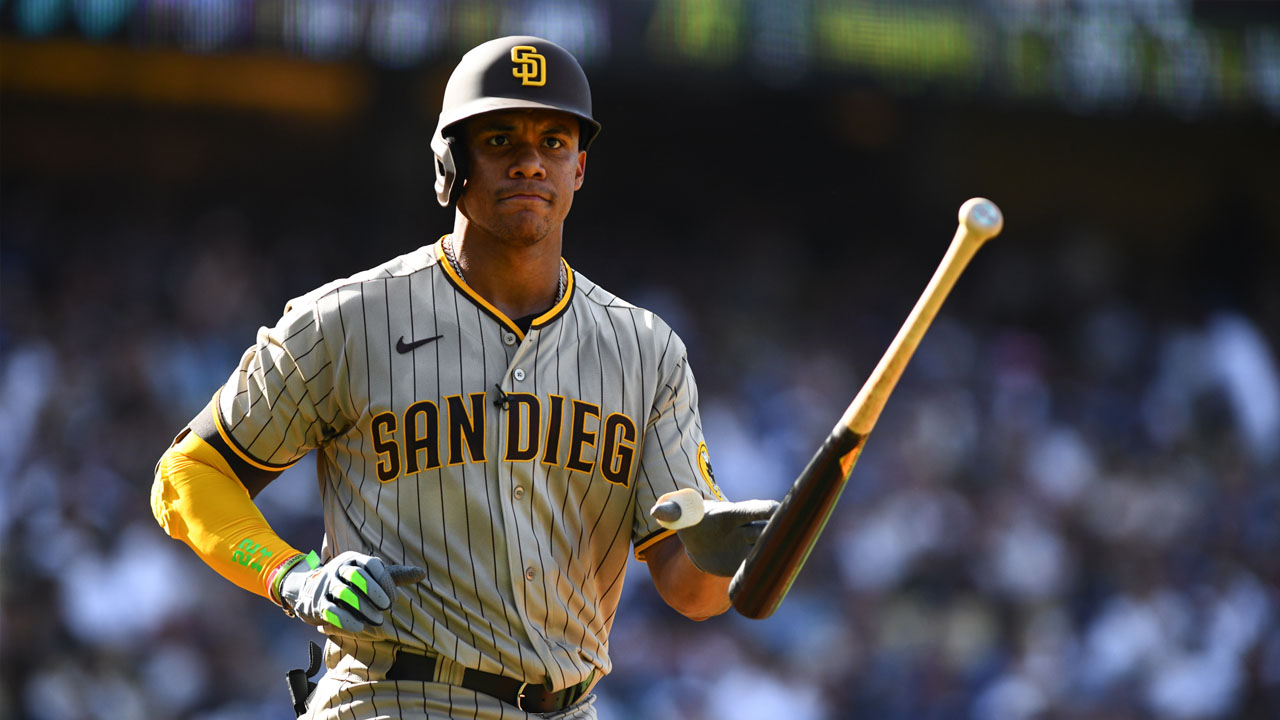 Why Juan Soto Trade Talks Were So Disappointing for Giants, Farhan Zaidi

Indeed, it may offer Commissioner Rob Manfred the solution he's been seeking to speed up the games. Play them in Hell.

There have been only 10 World Series games played in under three hours in this century, fewer than the number of four-hour games. In fairness, eight of those 14 went extra innings, but the other six have no excuse whatsoever. Since the advent of night postseason games, nearly three quarters of them have gone at least three hours, and nearly a third have lasted at least three and a half – and that's after you remove extra inning games, which are a different animal entirely.

In other words, in the postseason, you strap in for a long night, whether the game is great, good or desultory. And Tuesday, if you sat down at 8 p.m. Pacific for a good three innings of sometimes taut and sometimes sluggardly ball, you got the end of the postgame show instead.

And while we're not going to go through the litany of reasons why baseball goes so much slower in the postseason – commercials, ads, breaks in the action and the new fixation on pitching changes for the sake of pitching changes – Tuesday night was indeed a revelation.

True, you need a generational pitcher facing a potential generational pitcher, throwing 74 percent of their pitches for strikes and walking only one hitter. You need two managers willing to go with their starters for seven innings, an act of near-heresy, and using only two relievers each. You need a home plate umpire (Phil Cuzzi) will a well-established reputation for having a grandiose strike zone.

But the heat helped. Maybe Dave Roberts and A.J. Hinch both told their players, "I hear someone is planning to steal the clubhouse beer supply at quarter to eight." This has not yet been confirmed as a motivational factor, but when you're hot and in a hurry, lying for the greater good is always permitted.

So here's to playing games only when the temperature reaches 100 degrees, or simulate conditions in which the ambient temperature is such – just to see if this is the answer to the age-old question, "Is the answer to speeding up baseball burning the players' feet?"

Hey, all in the name of science.