Moneyrock: How Olympic Curlers Are Crunching Data to Get Edge on Ice

The 500-year-old sport of curling is sliding into the digital age at the Winter Olympics, with modern technology helping teams sift through game stats and performance data to maximize their chances at a medal.

Major pro sports like baseball and football are increasingly crunching numbers to identify undervalued players and better inform coaching decisions. Now the trend toward analytics is coming to curling, a sport more often thought of as a pastoral pastime played by amateurs with dad bods and day jobs.

"The only advantage we can possibly have is: Can we learn quicker and move faster than the opposition and get an advantage in?” Holl said. “And data is a key part of how you can move faster and be ahead of the game.”

In curling, teams take turns sliding 42-pound rocks down a sheet of ice toward a scoring area. Players furiously sweep the ice along the way to help speed up the stone or curl it around an opponent's on its way to the target.

The intricate strategy — successful teams must plan several throws in advance — has earned the sport the nickname “chess on ice.” And that strategy is now driven by data and technology that gives the players real-time insights into the best shot to take.

During play at Beijing's Ice Cube Olympic venue, the British coaches punched game stats into their tablets and other devices that have been preloaded with match data for their curlers and the opponents.

The British and U.S. teams also employ performance analysts who sit at the end of the ice sheet filming the action for match intelligence. The goal: to get a better picture of each side's strengths and weaknesses — information that can be relayed to players during breaks.

“It’s the future,” said U.S.A. curling's director of coaching, Phill Drobnick. “It’s doing everything you can do to give ourselves that little bit of an edge.”

The U.S. curling team has been filming matches for years, but Drobnick said now it's wringing more information out of the video to help with tactics for each play and to scout out the opposition.

"You’ve got to use the information that’s out there to try to give yourself the best chance to win it,” said American John Shuster, a five-time Olympian and the reigning gold medalist. “I feel like it’s put us in a position where we’ve got some wins."

“It’s common for teams (not just Canada) to collect this kind of data not only at the Olympics, but other events in order to create game plans that will be most efficient at international events,” he said by email.

An Olympic curling match has 10 ends, like innings in baseball. Teams throw eight rocks apiece in each round. Much of the in-end strategy involves protecting one's own rocks from an opponent's takeout, but the end-game management often centers around the significant advantage of throwing last.

For example, even in a tie game entering the ninth end, it has long been smart strategy to intentionally miss — and score zero points — to hang onto the last-rock advantage, known as the hammer, in the 10th.

Now players have the numbers to back that up, along with more complex decisions.

In Thursday night's medal round game against Britain, with a fairly easy chance to score one point and tie the game, the United States deliberately threw the ninth-end hammer into the side of the sheet — and gave up a point to fall behind by two — in order to have the last rock in the 10th.

“I know it looks funny and you don’t realize, like, ‘Why did they do it?’" American Matt Hamilton said. “But the sports are analytic now. We know all the numbers, where your armchair curler — who doesn’t watch it year-in and year-out, and all the championships — might not necessarily realize it.”

NFL coaches have become more aggressive about going for it on fourth down, or going for two points after a touchdown, based on similar statistical analysis.

The British team, one of just two to reach the medal round in all three Olympic curling disciplines in Beijing, uses data analytics platform Tableau to present the information in a more easily digested visual form.

It’s got to be “obvious and intuitive” so the coach can relay it to the athletes in as little as one syllable, Holl said.

“They’ve got 20 seconds to get information across to an athlete to influence the game," Holl said.

“I think there’s a place for it, but I think analytics in a lot of situations, it seems to be trending towards overuse," said Canadian Brad Gushue, a 2006 Olympic gold medalist.

“We try and use a little bit of it,” Gushue said, "but still go a little old school and use that instinct.” 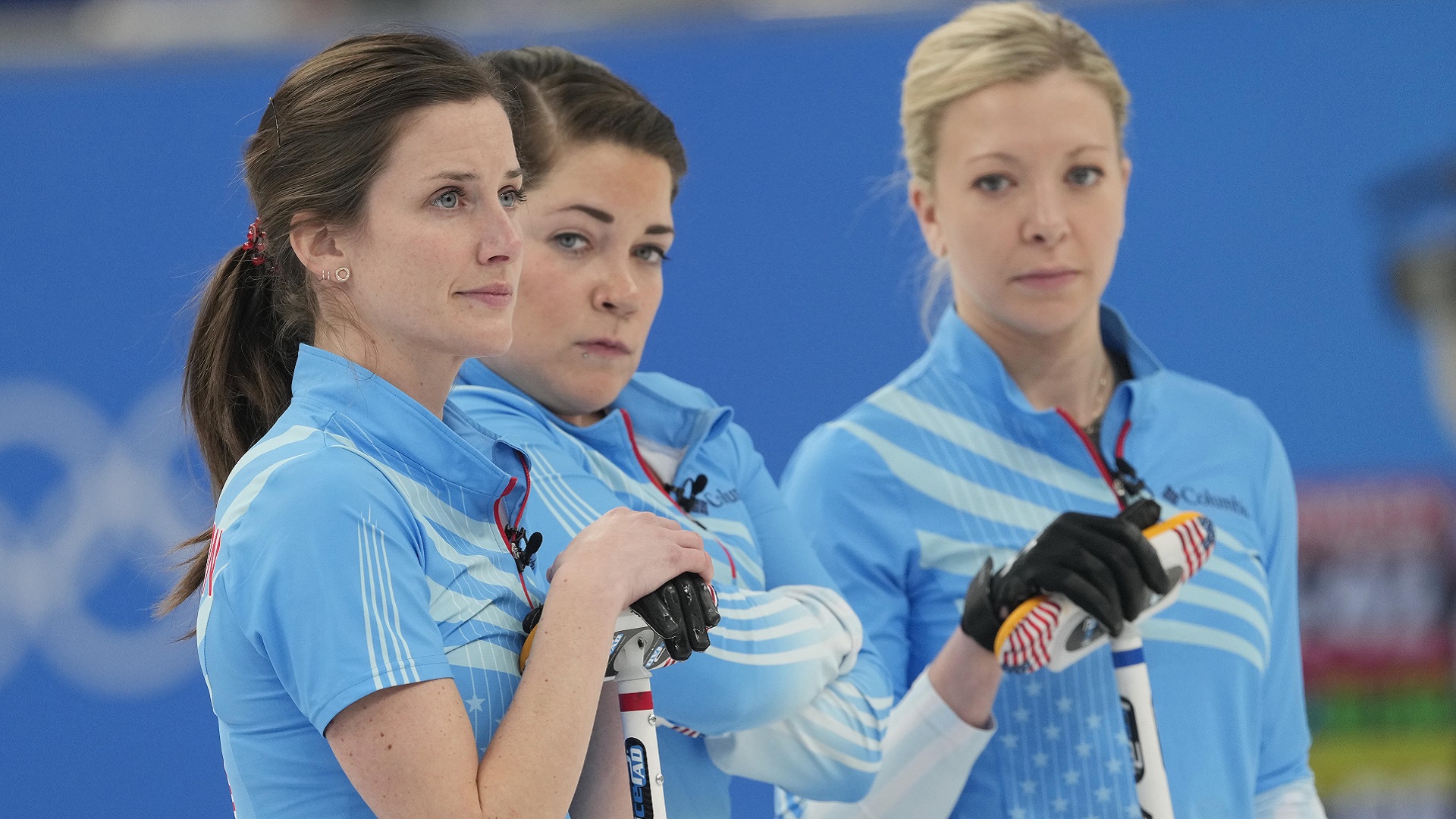 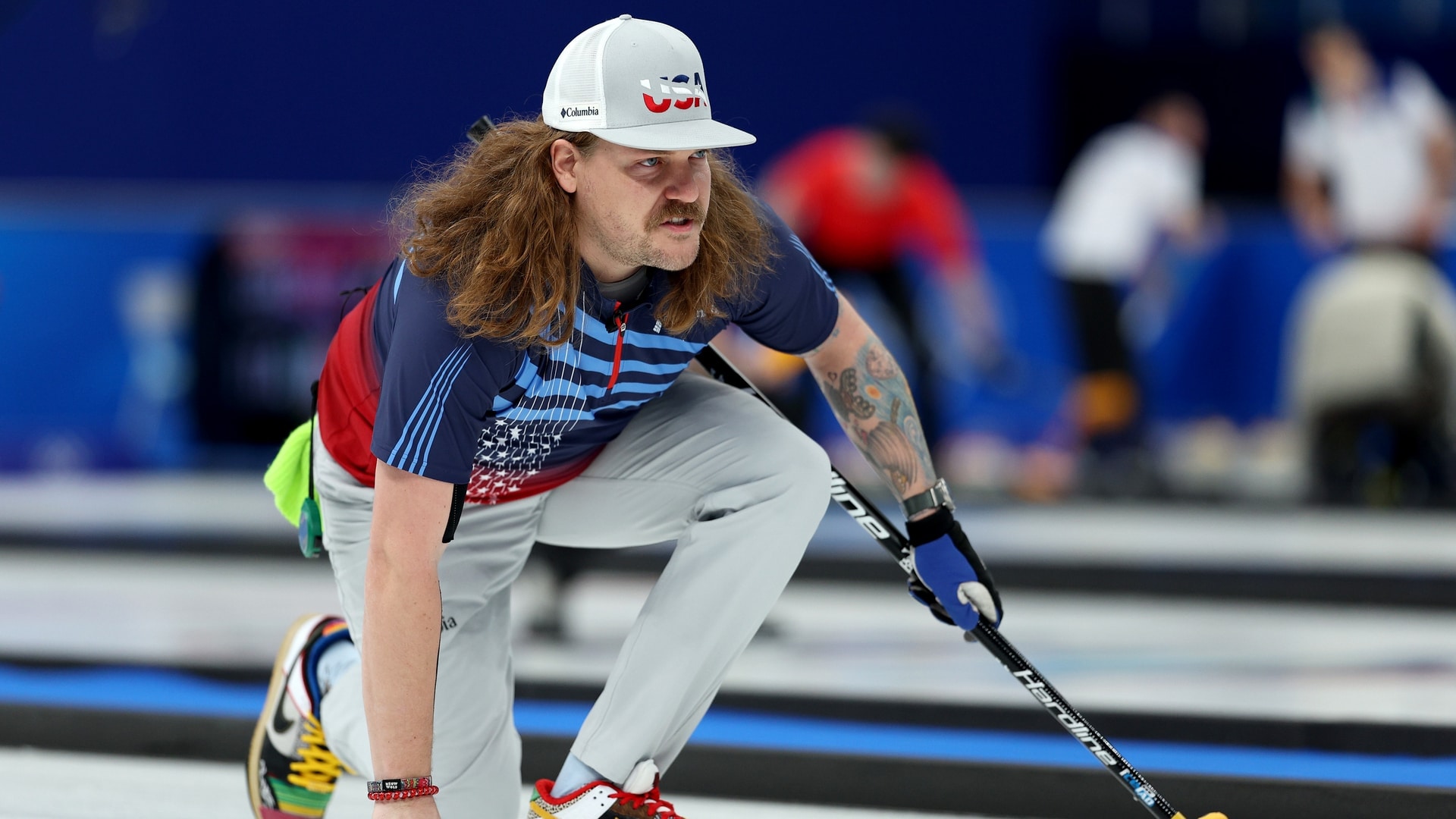 AP Sports Writer Jimmy Golen is in Beijing covering Olympic curling for the third time. Follow him on Twitter at twitter.com/jgolen. AP Business Writer Kelvin Chan writes about technology from London and is covering a range of Olympic stories in Beijing.