Bull Riding May Be 1st US Professional Sport to Welcome Fans

One of the first professional athletic sports to allow spectators to attend as states gradually lift restrictions imposed due to the coronavirus is known for its wild, dangerous action: bull riding.

Professional Bull Riders has announced a new competition that will culminate in South Dakota on July 10-12 with live crowds. As people itch for a return to daily activity, it’s all a part of an effort by professional sports organizations around the world to give bored fans at least a taste of what once was.

Organizers of the bull riding event said they would provide face coverings to fans, space seats 4 to 6 feet apart and control the flow of people in and out of the arena to accommodate social distancing.

Germany’s soccer Bundesliga returned this weekend with live soccer, albeit without supporters in the stands. The games were played with sanitized balls, celebrated with fist bumps rather than hugs, and cheered by masked substitute players rather than thousands of bellowing fans.

American professional sports organizations — keen to hear the roar of fans accompanying a photo finish or a 20-foot putt — are working out how they can ease back into live events without exposing spectators to the virus.

The PGA tour plans to bring back golf tournaments in June, but organizers have said they won’t allow crowds for at least a month. NASCAR fans, barred from the raceway, gathered outside Darlington Raceway in South Carolina on the weekend just to hear the roar of the engines.

As one of the first events slated to allow spectators, the bull-riding competition will be a test — and a step toward a return to normalcy.

The sound from fans will be subdued. The bull-riding competition will take place in the 12,000-seat Sanford Denny Premier Center in Sioux Falls, but tickets will be offered for only 35% of seats.

That won't fit President Donald Trump's criteria for normal. He said on Sunday that his idea of a return to normalcywould be having thousand of fans without masks “practically standing on top of each other" at golf tournaments. 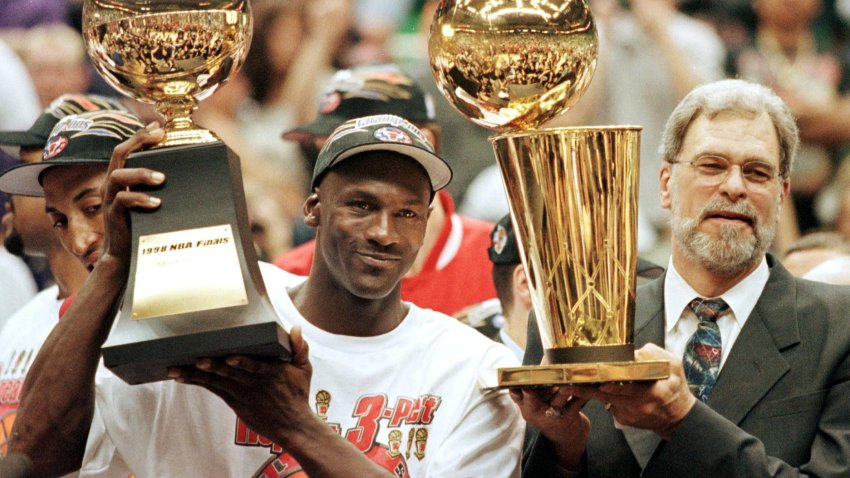 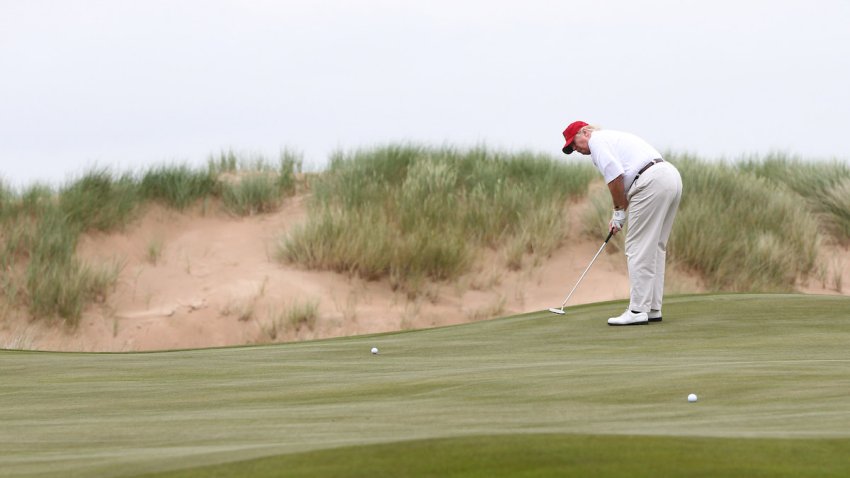 Trump Says Back to Normal in Golf Means Big Crowds, No Masks

But sporting event organizers are watching governors and local officials to comply with their slow lifting of restrictions on daily life.

Professional Bull Riders said it worked with South Dakota Gov. Kristi Noem and local officials to organize the event. Noem has avoided closing businesses or issuing sweeping stay-at-home orders during the pandemic, and she welcomed the announcement, saying on Twitter that it shows the state "working to get back to normal."

Last month, the governor pressured a pair of dirt track raceways to cancel plans to allow hundreds of spectators to watch races.

Ian Fury, a spokesman for the governor, said welcoming the bull-riding event largely came down to timing. The governor expects the spread of infections to be on a downward swing by that time, he said.

The bull riders are “really going above and beyond” in organizing the event to mitigate the possibility of infections, Fury said.

The televised Professional Bull Riders event will pit teams of riders against each other on Fridays and Saturdays for nearly a month in Las Vegas, but without spectators. For the final weekend, they'll make their way to South Dakota to an event that organizers hope will attract several thousand people.