Countdown to Tokyo: US Athletes Talk Dreams, Virus Fears a Year Ahead of Summer Games

U.S. Olympians told NBC about their hopes, their fears and their plans, with one year left to go before the 2020 Summer Games begin

The 2020 Tokyo Olympics, now set to be held in 2021, will be unlike any other. The Summer Games would have opened Friday were it not for the global pandemic having turned everyone’s lives, including those of the world’s top athletes, upside-down.

The good news, though, is the games are back on for July 23, 2021, with dozens of venues secured and competition schedules set.

The International Olympic Committee and Japanese organizers have repeatedly expressed confidence the games will take place, though they have offered few details on how that can happen in the middle of a pandemic. And Yoshiro Mori, the president of the organizing committee, said Wednesday that if conditions surrounding the coronavirus continue as they are, the Olympics could not be held next year at all.

Mori said he was hopeful the situation would improve, however, and suggested a vaccine was the key.

IOC President Thomas Bach said last week that “multiple scenarios” are being considered for the first Olympic Games since the world was hit with COVID-19, including “all different countermeasures: quarantine, you name it.” Bach said empty stadiums were an option, but not a preference, on a long list of possibilities.

Empty stadiums would no doubt change the Olympics experience, but it could be done — athletes don’t need an audience to compete with one another. Football stadiums in Europe and around the world still lack fans, but matches are getting played. And Major League Baseball returns Thursday to kick off a shortened season in ballparks full of mostly empty seats. The big question is whether Olympic athletes feel they have a reasonable expectation for their health and safety to be protected next summer, regardless of where the world stands in relation to the coronavirus. What will it take to make Olympians feel safe enough to compete in next year’s Summer Games? Daily testing? A widely available vaccine? An NBA-style bubble? And how optimistic are the members of Team USA that the games will actually happen next summer?

Here’s what some U.S. Olympians told NBC about their hopes, their fears and their plans, with one year left to go before the 2020 Summer Games begin.

Well, as we're dealing with this and we move forward here, we've seen our numbers go down — and then skyrocket. Now, as we look a year ahead, what's your biggest fear?

A’JA WILSON, Basketball: Everyone else would say it's that things will never go back to normal. But I think I kind of settled in to know that this is the new normal, so now I must adapt. I think my biggest fear is just us not pinpointing a quote-unquote cure or a situation of how we can tackle this. Especially for me, it's very, very hard, being from South Carolina and seeing how things are going over there, because my family is there and my parents are up in that age, and I'm like, if something were to happen because we're not doing what we need to do, because we want to force this agenda or this narrative, I'm going to be very upset at myself for letting it go by. So I think that that's my biggest thing, is just not digging a hole on it because of stupidity.
WILL CLAYE, Track & Field: If there is a situation where we have to still be masked, and we have to compete in empty stadiums, and the virus is still not contained…I think that would make it hard for me to go, because I just think there's not enough knowledge right now for us as a people to really step out and to put our lives on the line. And for us, people like us, our parents are in their 60s, their 70s, in that age range where it can affect them way more than it can affect us — I would hate to put my parents in jeopardy.

What do you want to see the IOC do between now and next year? We don't know what's going to happen with vaccines and things like that, but, given what we know now in terms of where we are, what would you like the IOC to do to make you feel safe?

JAGGER EATON, Skateboarding: I think everybody's kind of struggling dealing with it, struggling with how to deal with it. So I think that honestly, from the IOC, I would like to see initiative, like, does it have a plan for what we’ll be doing? I know how serious this is, and I know how many families have been affected — all of my grandparents had it, and one of my great friends was in the ICU for three days. And so I know how serious it is. But, I think if we just follow the guidelines, and we practice at certain times — even if it's not enough practice — if we scatter our practices through the night, and we just make it work.
SAKURA KOKUMAI, Karate: I think bringing athletes way earlier and just testing regularly to see — if we're all negative to the virus, it will make it a whole lot better, safer for everybody.
KATE COURTNEY, Mountain Bike: This is obviously an unprecedented situation and a virus that we're still learning so much about and have a long way to go in terms of controlling. I think that having clear guidelines in place, having regulations and having things thought through really well will make me feel safe.

People have mentioned the bubbles, like what the NBA and NHL have planned. Would you prefer a situation like that, or do you think that wouldn't really work well for the Olympics?

BOYD MARTIN, Equestrian: You know what, if they said, ‘Boyd, you can do the Olympics, but there'll be no spectators’ — I'd still be as fired up as ever. Obviously, it’s going to be weird riding your horse around a big stadium with no one cheering and, you know, getting a medal at the end. And there's like one cameraman. It's going to be a weird experience, but, you know, I’m in the prime of my career, and it's taken so long to get to this point. We’ve got a small, small window to hopefully win a medal, and — whatever it takes. If there’s spectators, no spectators, if your friends and family can't come — it's just going to be what it's going to be.

Some people are saying that the only way the games are going to happen is if we have a vaccine. The question about a vaccine is, if there's one available next summer, it's going to be new — we're not necessarily going to know what side effects it might have. Your bodies are so important to what you do. If there is a vaccine available, is that something you would do? Would you take it?

KATE COURTNEY, Mountain Bike: I’m really interested to see how that evolves. I actually majored in human biology, so I studied a lot, with a concentration in global public health. So it's definitely something I'm interested in. But I also know how long those vaccines take to develop and to make sure they work and they don't have side effects. And I think that, you know, it's not going to be an overnight solution that's going to magically save us any time soon. So for me, I think it's definitely going to be a matter of how things evolve in terms of the vaccine. And I'm also a big fan of taking preventative actions in the meantime.
WILL CLAYE, Track & Field: That's tough. I think that goes back to what I was saying as far as knowledge, like we need full knowledge of what is being put into our bodies, every day, I have to watch what happens to my body. We get drug tested. I have to be cognizant of everything that goes into my body as an athlete. And I would want to know exactly what the vaccine is, what it does, if it has any side effects. And then again, I would be comfortable with doing that if it allows us to go there and be safe and compete without the stresses of knowing that we could catch the virus.

How do you feel about next year in general? Do you think the world will be ready for something like the Olympics?

ALIX KLINEMAN, Beach Volleyball: It's hard to know. I think the rest of the world has really done a good job with getting their numbers down. And unfortunately, the U.S. has not. And so the reality here is that the numbers are really high, and that makes me worry that the Olympics might not take place. But then I also look at the numbers everywhere else, and it's so much better. And so I'm hopeful that the U.S. can figure out a way to get it under control here and keep the numbers reasonably low so that it's not as much a risk.
KATE COURTNEY, Mountain Bike: I think we have a lot of smart people working on this problem and a lot of really motivated people. And I'm really hoping that the Olympics can be like a coming-out party.
MILES CHAMLEY-WATSON, Fencing: So, I'm the most happy, positive person in the world, so I'm going to always think it's going to happen. But realistically speaking, I do not see the Olympics happening. I don't know — thousands of people, thousands of Federations, thousands of countries...Yeah, it's unfortunate. But one year of our life is worth the risk to take care for the future. So it's not -- it sucks. But, you know, we should be smart, I think.
WILL CLAYE, Track & Field: It's the biggest sporting event in the world. It brings so much hope. It brings unity to the world. And I think that's something that's needed for the world right now, so I do think it will happen...To see so much evil in the world right now, that needs to be kind of washed out, washed away, and hopefully the Olympic Games can bring that type of energy into the world right now that we need. 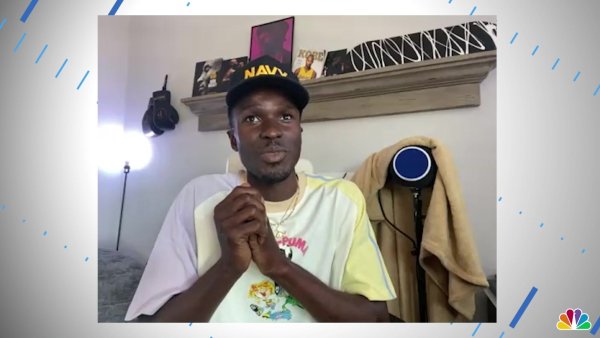 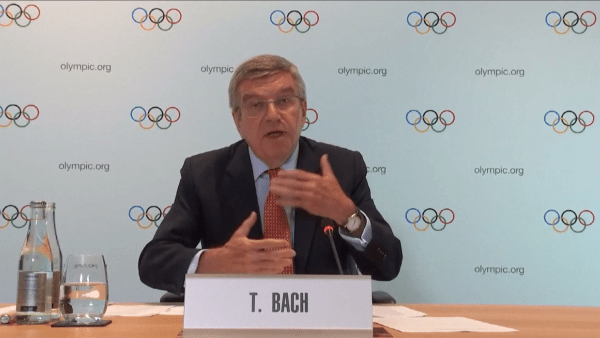 IOC President Says Multiple Scenarios Being Prepped Ahead of Tokyo 2020