EXPLAINER: Why Was Novak Djokovic Not Let Into Australia?

Djokovic, a 34-year-old from Serbia, was initially granted a medical exemption to get around a COVID-19 vaccine requirement for all players

Novak Djokovic came within one victory of sweeping all four of last year's Grand Slam tennis tournaments and entered 2022 needing one title to set the men's record of 21 major championships.

He might not get the chance to pursue that mark at the Australian Open when play begins in Melbourne on Jan. 17.

That's because, even though Djokovic, a 34-year-old from Serbia, was granted a medical exemption to get around a COVID-19 vaccine requirement for all players and their support teams at the hard-court tournament, his visa for entry into Australia was revoked in the early hours of Thursday, local time, after he was detained at the airport for about eight hours.

Here’s a look at some of the issues surrounding Djokovic's attempt to play in the Australian Open:

What Was the Reason for Djokovic's Exemption?

The state government for Victoria, where Melbourne Park is located, mandated full vaccinations for all players, staff and fans at the Australian Open unless there is a genuine medical reason.

Victoria state Deputy Premier James Merlino said medical exemptions would not be “a loophole for privileged tennis players” and would only be possible in “exceptional circumstances if you have an acute medical condition.” Tennis Australia said Djokovic’s request for an exemption “was granted following a rigorous review process involving two separate independent panels of medical experts.”

Neither Tennis Australia nor Djokovic revealed the reason he sought an exemption. 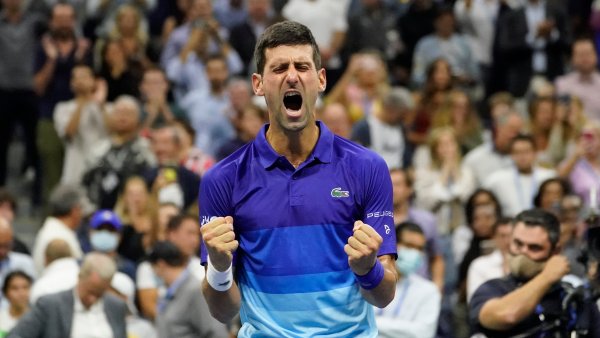 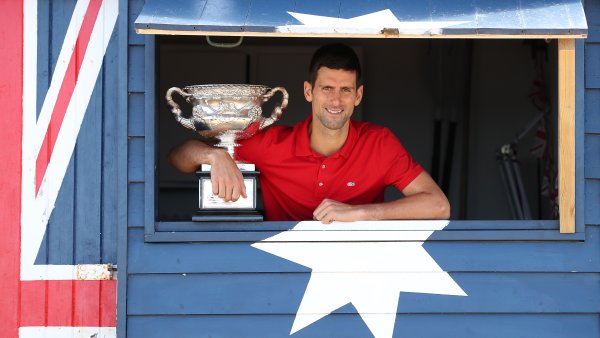 Djokovic Given Medical Exemption to Play at Australian Open

Was Anyone Else Granted One?

Australian Open tournament director Craig Tiley said a total of 26 players or support staff applied for exemptions and a “handful” were granted. Among the acceptable grounds were acute major medical conditions, serious adverse reaction to a previous dose of a COVID-19 vaccine or evidence of a COVID-19 infection within the previous six months.

If He Had an Exemption, Why Was Djokovic Prevented From Entering Australia?

When he landed at the airport, the Australian Border Force canceled Djokovic's visa, saying he “failed to provide appropriate evidence to meet the entry requirements.”

Prime Minister Scott Morrison tweeted, “No one is above these rules,” and later said at a news conference that Djokovic’s exemption wasn’t valid but did not explain the details.

What Has Been the Reaction in Australia? And in Serbia?

The news that Djokovic was on his way to Australia with an exemption — announced first by him via social media, then by Tennis Australia via press release — was not exactly greeted warmly in Melbourne, where most people endured months of strict lockdowns and harsh travel restrictions at the height of the pandemic. More than 90% of Victoria state residents aged 12 and over are fully vaccinated.

The about-face on Djokovic's status upon his arrival was, not surprisingly, objected to by Serbian President Aleksandar Vucic, who called it “harassment."

Is Djokovic Vaccinated? Has He Had COVID-19?

While Djokovic has steadfastly refused to explicitly say whether or not he received any shots to protect against the coronavirus, he would not have needed an exemption to enter Australia if he were fully vaccinated. In April 2020, he issued a statement saying: “Personally I am opposed to the vaccination against COVID-19 in order to be able to travel. But if it becomes compulsory, I will have to make a decision whether to do it, or not.”

Two months later, he and his wife tested positive for the illness caused by the coronavirus after a series of exhibition matches he organized with no social distancing or masking.

Why Is the Australian Open Important for Djokovic?

Djokovic is on the precipice of history, one Grand Slam trophy away from finally overtaking rivals Roger Federer and Rafael Nadal for the most in the history of men's tennis.

Entering the 2011 season, Federer owned 16 major titles, Nadal nine and Djokovic one. Now each has 20.

Djokovic, who last year eclipsed Federer's mark for the most career weeks at No. 1 in the men's rankings, already owns nine Australian Open championships, the men's record.

Must Tennis Players Be Vaccinated to Play in All Tournaments?

No. In tennis, such mandates come from national, state or local governments, and this is the first time it's come into play at a tournament.

At the last Grand Slam event, for example, the U.S. Open in New York in August and September, players and their team members did not need to be vaccinated (but, after prompting from the mayor's office, the U.S. Tennis Association did require that spectators show they had at least one shot).

Are Most Tennis Players Vaccinated?

At least two others, Tennys Sandgren and Pierre-Hugues Herbert, are sitting out the Australian Open because they are not vaccinated.

So Is This Whole Episode Over?

Doubtful. Djokovic is launching legal action in Australia's Federal Circuit Court against the cancellation of his visa.

The Serbian tennis player dominates world majors, but his first and only medal in the Games was a bronze in 2008.