Fallout Continues From Gruden's Exit Over Emails — Which Won't Be Released, NFL Says

The NFL is not planning to make public any of the hundreds of thousands of emails it obtained as part of an investigation of the Washington Football Team, some of which led to the resignation of Las Vegas Raiders coach Jon Gruden.

“Based on the material that we have reviewed, we haven’t identified anything that needed to be reported to club or league leadership,” NFL spokesman Brian McCarthy told The Associated Press on Tuesday. “We have released no emails during this process.”

The Wall Street Journal and The New York Times reported that, from 2011-18 while he was an ESPN analyst between coaching jobs, Gruden used racist, misogynistic and homophobic language directed at union chief DeMaurice Smith, Commissioner Roger Goodell and others in around the NFL in written exchanges with former Washington executive Bruce Allen.

The emails were gathered as part of an investigation of the Washington Football Team after former employees made allegations about sexual harassment and other workplace misconduct. The club, which is valued in the billions, was fined $10 million by the NFL and owner Dan Snyder stepped away from day-to-day operations for a period of months, but there was no written report of lawyer Beth Wilkinson’s inquiry. 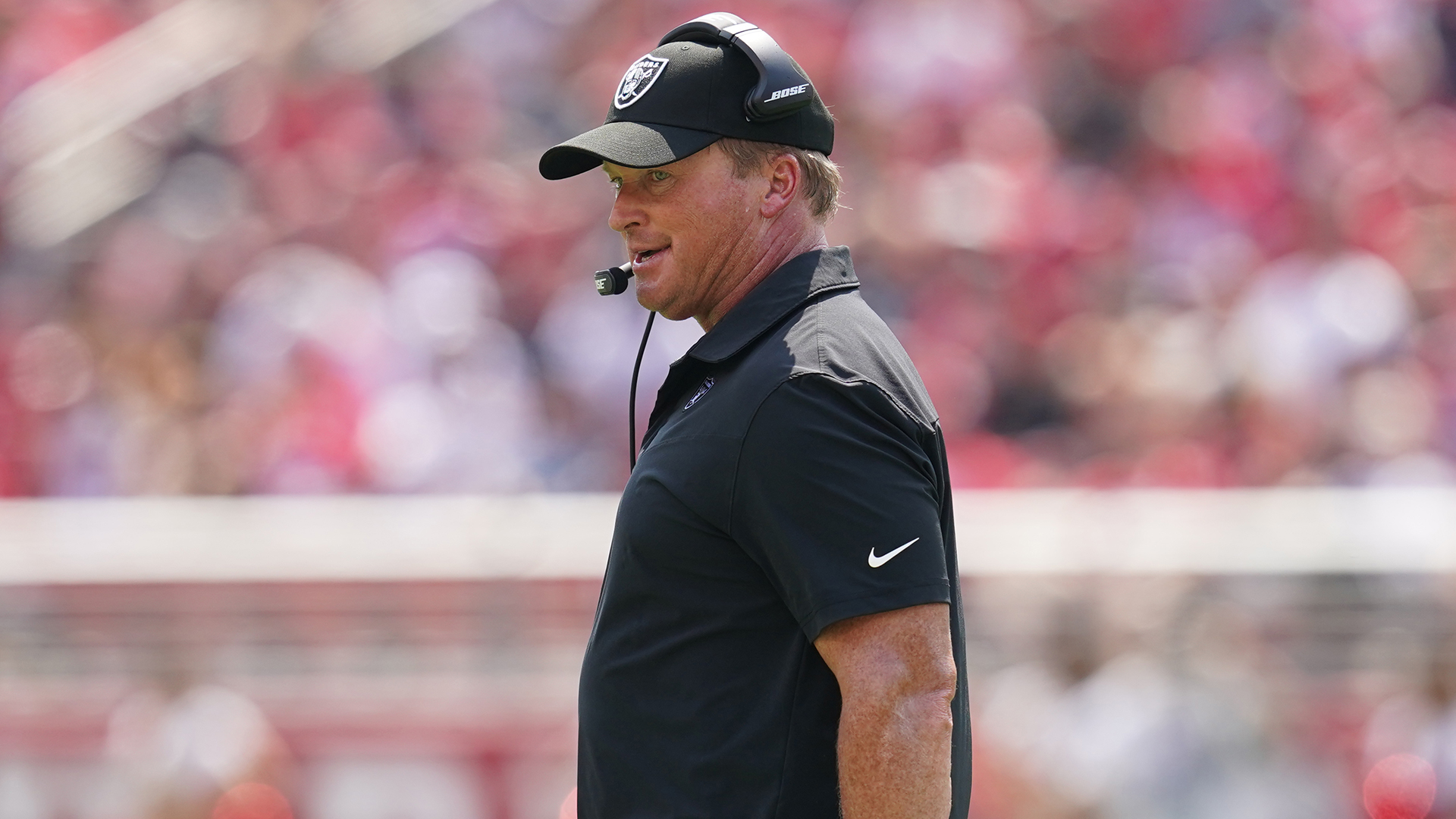 Lawyers representing 40 former employees of the team on Tuesday urged the NFL to immediately release the full findings of the investigation. They called it “outrageous” that only Gruden has been “held accountable” after the 10-month probe.

Gruden, who had a 10-year, $100 million contract with the Raiders, stepped down Monday night during the fourth season of a mostly unsuccessful tenure, going 22-31 with no playoff appearances.

The fallout continued Tuesday, when the Tampa Bay Buccaneers, the team he led to a Super Bowl title nearly two decades ago, removed him from the Ring of Honor at Raymond James Stadium.

“The Tampa Bay Buccaneers have advocated for purposeful change in the areas of race relations, gender equality, diversity and inclusion for many years,” the Bucs said in a one-paragraph statement. “While we acknowledge Jon Gruden’s contributions on the field, his actions go against our core values as an organization.”

Others in and around the sport wondered what, if any, other ramifications might be on the horizon.

Mostly, there were questions.

What did Allen write to Gruden? Allen hung up the phone when contacted by The Associated Press on Tuesday.

Could other emails involving current or former coaches or front-office types surface? What disciplinary steps, if any, would the NFL take, after standing back while the Gruden episode played out?

And, perhaps most importantly: Just how pervasive and prevalent around the league are the attitudes and opinions expressed by Gruden?

The head of the Fritz Pollard Alliance, a watchdog group that champions diversity in the NFL, said this episode is a reminder the hiring process should lead to people who offer wide representation.

“There is no place for head coaches who secretly — or brazenly — share Gruden’s small mindedness,” said Rod Graves, the Alliance’s executive director. “We encourage in-depth due diligence and benchmark best practices on all levels when offering positions of leadership. It is imperative that all candidates espouse the values consistent with the responsibilities.”

It's the first bye week of the season, plus two more teams head over to London for Week 6 of NFL action.
Copyright AP - Associated Press