Half of US Offers Legal Sports Betting as NFL Season Begins

The explosive growth of the industry comes as more and more companies join the fray, making it more challenging to gain and hold onto market share and profits

More than half of the United States now offers legal sports betting, just three years after it was allowed by the U.S. Supreme Court.

When the Tampa Bay Buccaneers and Dallas Cowboys kick off the NFL season Thursday night, gamblers in 26 states plus the District of Columbia are expected be able to wager on it legally, according to the American Gaming Association, with as many as five additional states offering such bets before the season ends in February with the Super Bowl.

That's up from 18 states with legal sports betting at the start of last year's football season. And some of the biggest markets in the U.S., including California and Florida, are moving toward legalization, with New York planning to adopt mobile sports betting at some point.

The explosive growth of the industry comes as more and more companies join the fray, making it more challenging to gain and hold onto market share and profits. 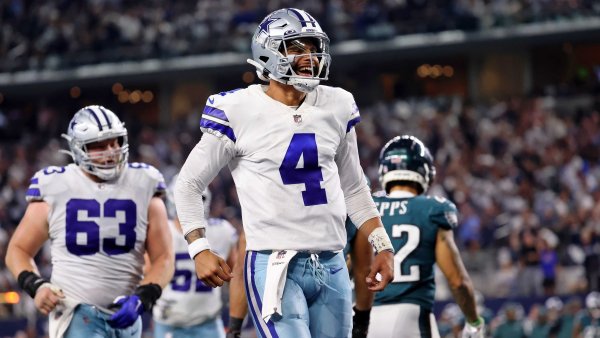 NFL Schedule Week 3: Game Times, How to Watch on TV and More 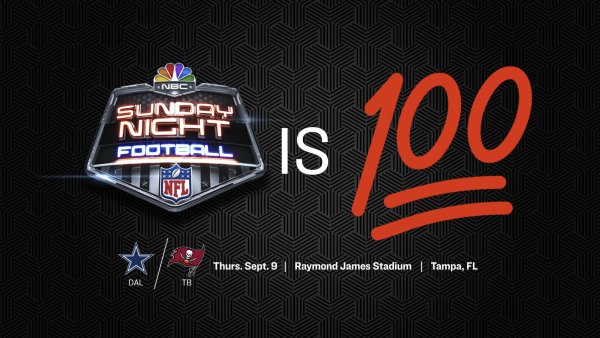 Numbers, Stats Ahead of 2021 NFL Season Kickoff on NBC

And it is making things worse for some people with gambling problems, as the industry is coming up with new ways to bet on sports, including live micro-betting on the outcome of things like the next possession in a football game.

“There's no question this will be a huge year, and it will be a record,” said Eric Hession, co-president of Caesars Digital, whose parent company bought the William Hill brand this year and renamed it Caesars Sportsbook.

Jerry Arnold, a supervisor at the FanDuel sportsbook at the Meadowlands Racetrack in East Rutherford, New Jersey, just outside New York City, said one trend is clear.

“A lot of people having a lot more money," he said. "They’re getting unemployment or stimulus checks and they want to double or triple their money. They say that all the time: ‘I just got a check and I’m going to make it double.’”

FanDuel is the official odds provider for The Associated Press.

More than 45 million Americans say they plan to bet on the NFL season this year, according to the American Gaming Association, the casino industry's national trade group. That's an increase of 36% from last year.

Sean Williams, who is from New London, Connecticut, but now lives in New Jersey, was at the Meadowlands recently to bet $1,000 on the New England Patriots to win the Super Bowl. He won a sports bet three years ago and has been coming back ever since.

“I came here and won a thousand, so I’m gonna keep flipping those tickets 'til I get a million," he said. "That’s my goal. Play with their money. Confidence! I came here to win.”

Mobile betting accounts for more than 80% of sports betting revenue, much of it occurring live as games are underway.

The NFL, which along with other professional leagues once strenuously fought against the legalization of sports betting, now allows seven sports betting companies to advertise during games, and teams in various sports have inked deals with companies to become official sports betting partners, including deals announced Wednesday involving the Baltimore Ravens and the New York Jets.

Media companies continue to tie the knot with gambling firms, seeking synergies among gamblers who want to bet but also read and watch as much as they can about sports. Sports Illustrated has launched a sportsbook and the Wall Street Journal reports that ESPN is considering a $3 billion deal to license its brand to one or more sportsbooks. Even sports merchandise retailer Fanatics plans to launch a sports betting app.

The ever-increasing competition is making it more difficult to win or hold onto a piece of the pie for sports betting companies.

“Market share will be harder and harder to retain over time as more entrants come in," said Matt Prevost, chief revenue officer for BetMGM. “But more states have come online in the last 12 months and are (new) markets for us."

“Competition is fierce,” added Johnny Avello, head of sportsbook for DraftKings. “There's a lot of players in the game now.”

Said David Schwartz, a gambling historian with UNLV: “The cost of entry is going up as it becomes harder to displaced established entities, which have first-mover advantage as well as the benefits of strategic partnerships. But, if the product is good, bettors will respond to it.”

“A lot of people still don't want to travel and be in crowds, and sports betting from their couch is very attractive to them,” he said. “You can bet 10 bucks and be entertained for three hours.”

There are those who bet much more than that. Earlier this year, a study by the National Council on Problem Gambling found an increase in “problematic” gambling, particularly among young online sports bettors.

“This spike in problems related to gambling reflects both the impacts of the COVID-19 pandemic and the effects of the massive increases in sports betting and online gambling availability in more than half the country, accessibility through mobile devices and widespread advertising,” said Keith Whyte, the group’s executive director.