ALAMEDA – The Minnesota Vikings took the first kicker in last year's NFL draft. They had pick of the litter and chose Daniel Carlson.

The Auburn product was awesome in college, with all the power and accuracy and mental fortitude to be an excellent NFL kicker.

Top talent, however, doesn't guarantee perfection. Carlson was not that with the Vikings, especially in a Week 2 tie with Green Bay where he missed three field goals. 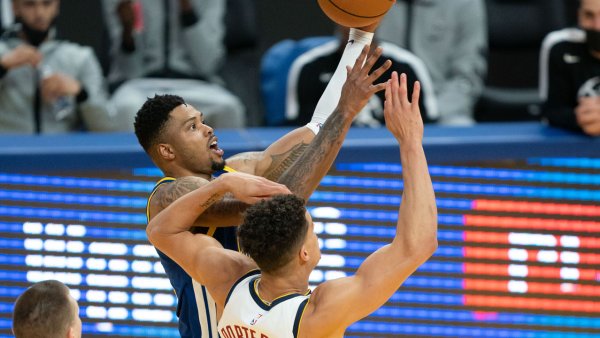 Kent Bazemore Out for Warriors-Nuggets Due to COVID-19 Protocols

He had this to say when asked about the swift ax.

"Did you see the game?" Zimmer said last year. He called the decision "pretty easy."

In hindsight, it may have been made in haste.

Carlson took some time off after that cut to work on his technique in private, and emerged a better kicker for the experience. The Raiders benefitted from that, acquiring a specialist who looks like a long-term solution.

It's possible that Carlson turned things around only after a tough exit from Minnesota, but letting Carlson go has weighed some on Zimmer's mind.

He said so in a Wednesday conference call leading up to Sunday's game between the Raiders and Vikings at U.S. Bank Stadium.

"I mean, do I have regrets?" Zimmer said. "I like our kicker who we have now, but did I second guess it? Sure. He's done great there, and I think he's a very, very talented kid. I wish him well, just not this week. But no, I'm happy for him and in retrospect, I guess, yeah, I've thought about it many times."

[RELATED: Why Raiders' Joyner is encouraged by team's mindset]

That thought may have crossed Zimmer's mind more last season, even with veteran Dan Bailey in purple. He hit just 75 percent of his field goals last season, while Carlson was near perfect.