The 2021 NFL season is officially upon us.

Week 1 kicked off Thursday night for what was a highly-anticipated battle between the Dallas Cowboys and reigning Super Bowl champion Tampa Bay Buccaneers, with the Bucs winning 31-29.

After a devasting, injury-riddled 2020 season, the 49ers begin the 2021 season healthy and hungry to right the wrongs of their Super Bowl LIV collapse in 2019.

The 49ers begin their 2021 campaign Sunday against the Detroit Lions at Ford Field. With the 49ers expected to be one of the better teams throughout the NFL this season, there are high hopes for San Francisco in 2021.

Here's what NFL experts are predicting for the 49ers:

"In 13 of the past 15 years, there's been at least one NFL team that has gone from worst-to-first and this year, it feels like the 49ers are going to be that team," Breech says. "Although the 49ers appeared to be hit with a Super Bowl hangover in 2020, going just 6-10, it's hard to judge them by that finish and that's because their roster got decimated by injuries last year. As long as they can stay healthy, I think they can win the division."

"The 49ers will have a much cleaner bill of health defensively with Nick Bosa back and their offense will be special regardless of the QB for coach Kyle Shanahan," Iyer says. "Look for them to return to their NFC championship form of 2019." 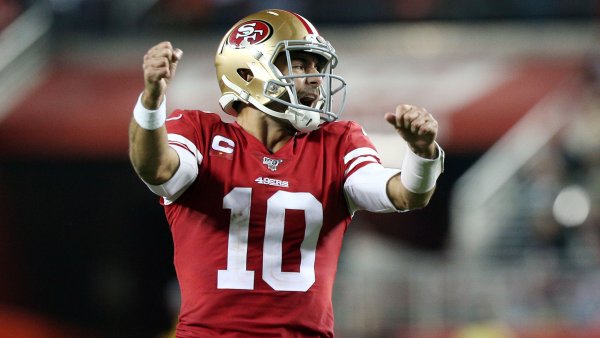 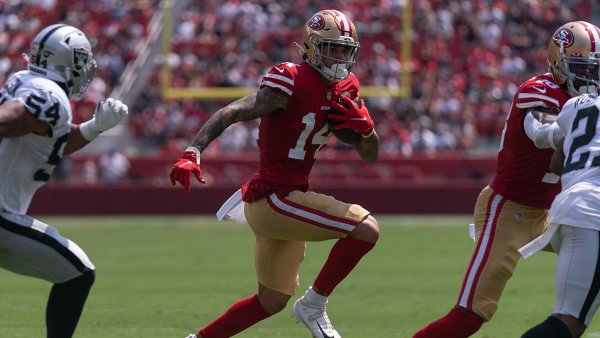 "The 49ers aren't counting on Ford for anything after he missed all but one game last season because of a back injury," Wagoner writes. "But Ford has slowly been rounding back into form in training camp, and showed his usual burst off the edge. If Ford is healthy, he won't be asked to play more than roughly 20 snaps per game, but those should put him in position to do what he does best and get after the quarterback."

Coach of the Year: Kyle Shanahan

"A Kansas City–San Francisco rematch in the Super Bowl, I like the 49ers, their depth, and what Shanahan learned from the loss two years ago," Bishop writes. "I know, I know. I’m not taking my own advice. I’m betting against Mahomes and one less-celebrated quarterback or two of them. But there’s just so much to like about the Niners if they can sort out their quarterback situation.

"Trey Lance becomes a star; Brandon Aiyuk a top-10 wideout; George Kittle a Comeback Player of the Year candidate. Shanahan affirms his “genius” by utilizing two quarterbacks throughout the season, switching and swapping more than ever previously seen. And San Francisco fully returns to its glory days with the most complete roster in pro football—and a healthy one devoid of so many injuries that cost them a year ago."

"As long as the 49ers can stay healthy, they should make a playoff run," Clayton writes. "Last year they were the most injured team in the NFL, but they have a top-10 defense on paper and will be able to choose between veteran Jimmy Garoppolo and rookie Trey Lance at quarterback. It’s likely that Garoppolo starts but Coach Kyle Shanahan finds ways to get the athletic Lance on the field."

"The NFC West is going to be hotly contested from start to finish," Maiocco writes. "Even the top team might lose three games within the division. The 49ers are set up nicely for a bounce-back season after an injury-ravaged 2020 brought a quick end to their so-called Revenge Tour. They enter this season with legitimate reasons to believe they can finish the job. But the Green Bay Packers, Tampa Bay Buccaneers and the other three teams in the NFC West all have realistic Super Bowl aspirations, too."

The predictions for the 49ers in 2021 seem to be all over the place. It's hard to get an accurate gauge on a team that is extremely talented but is coming off a disastrous season the year prior. Not to mention that nobody really knows who the starting quarterback might be towards the middle or end of the season.

The consensus though is that San Francisco is one of seven likely playoff teams out of the NFC in 2021.