The 49ers already put an exclamation mark on one rivalry with their 23-17 win over the Dallas Cowboys on Sunday in the NFC Wild Card Game. The road to the Super Bowl started at AT&T Stadium, and it continues on at Lambeau Field.

Though the 49ers might not have the same famed rivalry they have with the Packers that they once did with the Cowboys, these two squads have a long history with each other. The next chapter will be this Saturday in their NFC Divisional Playoff Game.

"I'm sure I'll be thinking about it a lot here on the plane," Kyle Shanahan said after the win. "They've had a hell of a year. I'm glad we get an opportunity to go up against them again. They've been unbelievable. ... We'll enjoy this plane ride and get back to work right when we land."

Just like the wild-card game, this Saturday will be full of storylines.

From the quarterback battle between Aaron Rodgers and Jimmy Garoppolo to Rodgers offseason rumors and of course the 49ers' infamous decision to draft Alex Smith over him, there will be a lot of noise before the weekend begins. That doesn't even cover Shanahan's long relationship with Packers head coach Matt LaFleur or their game four months ago that saw the 49ers lose on a last-second field goal at Levi's Stadium.

Garoppolo threw two touchdowns in that 30-28 Week 3 loss, but he also was intercepted once and fumbled the ball with just over five minutes remaining. However, the QB and the rest of the 49ers are extremely battle-tested, especially over the last two weeks, and he believes San Francisco can use that to its advantage. 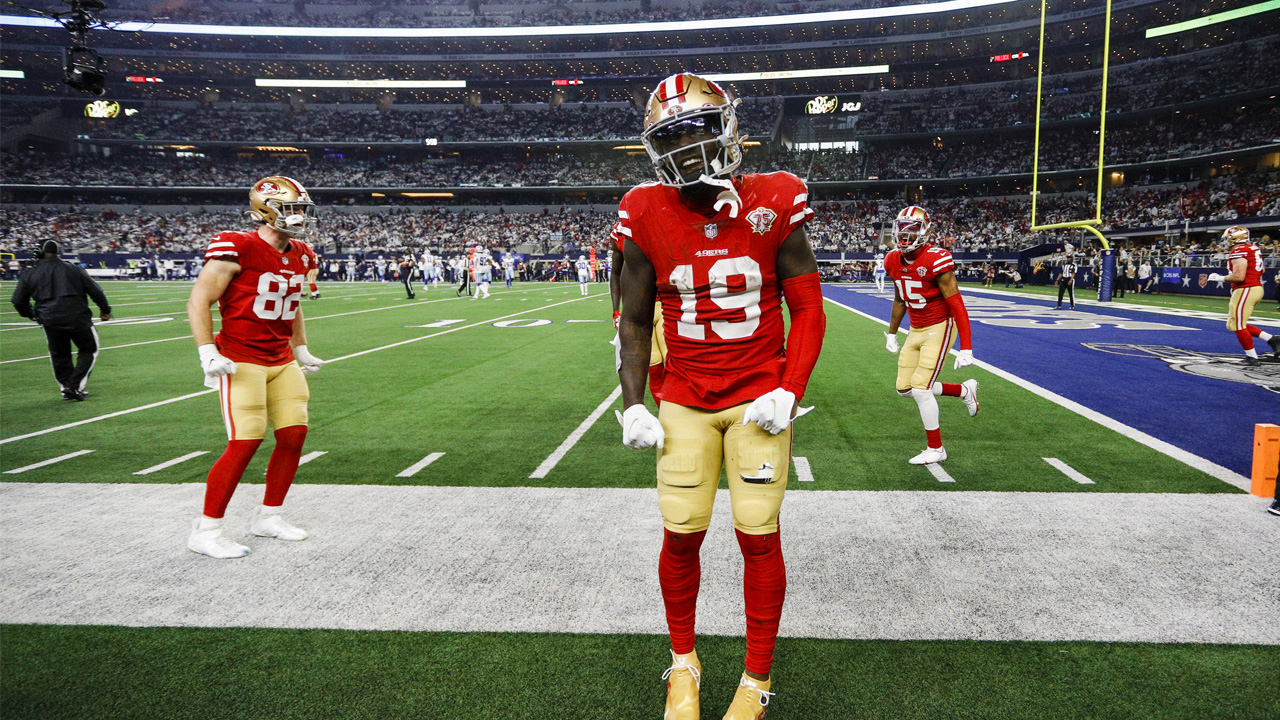 "I think whenever you got to battle at the end like that, it shows a real team," Garoppolo said. "You look guys in the eyes and see who's in that moment and ready for it. It's just gonna do us well down the road.

"It's not gonna be easy going into Lambeau. We know it's gonna be a tough challenge for us, but we're ready for it."

The last time these two teams faced each other in the playoffs, it was the NFC Championship Game two seasons ago. The 49ers were winners, and Garoppolo only needed to attempt eight passes. Shanahan rode Raheem Mostert's 220 rushing yards to the Super Bowl. Mostert's season came to an end in Week 1 this season, and the 49ers' run game now is built around rookie running back Elijah Mitchell and receiver Deebo Samuel.

Garoppolo has been victorious against Rodgers and the Packers in the playoffs, but Lambeau Field is a different ballgame. The last time the 49ers beat the Packers in Green Bay in a playoff game was eight years ago when Colin Kaepernick was their QB.

RELATED: Jimmy G has message for doubters after beating Cowboys

As for the defense, D.J. Jones already is counting down the seconds until kickoff.

"I'm ready," Jones said. "Not right now, but we will be. We definitely will be.

"They're a great team, obviously. But we're ready for the challenge."