Buster Posey turned 30 before the 2017 season and then watched as the dynasty he helped build started to crumble. The Giants, champions three times in Posey's first five seasons, lost 98 games that year and entered the following season with a bloated payroll, poor farm system and aging roster.

There was not a lot of hope, and Posey knew that when he was asked that spring if he thought much about his legacy in the sport. He said it was something he evaluated on a year-to-year basis, and at the time, what stood out to him was that he was running out of opportunities to win a fourth title.

“It’s a little bit of a different feel than when you’re 23 or 24 and you’ve got, you hope, so many more years ahead of you,” he said three years ago. “For me, it’s the same thing. I want to win a championship.”

If there were numbers he was chasing, or a bust in Cooperstown dancing through his thoughts, he never let on. Posey always talked of aiming for championships, but the conversation will shift now that he is announcing his retirement.

Posey's final season did include one last surprising push for a title, but it also included an All-Star appearance, 18 home runs, 120 hits and 4.9 Wins Above Replacement. All of that should be more than enough to put him over the top when it comes to the Hall of Fame.

Posey entered the 2021 season with a strong résumé , but one that was a bit lacking when it came to statistics.

The raw numbers still do not jump off the page, but he did get to 1,500 career hits with the final one of his career and crossed the 150-homer mark, and with one last huge season, he finished his career with 44.9 WAR. That's 16th all-time for catchers, and 11 of the guys ahead of him are already enshrined in Cooperstown. 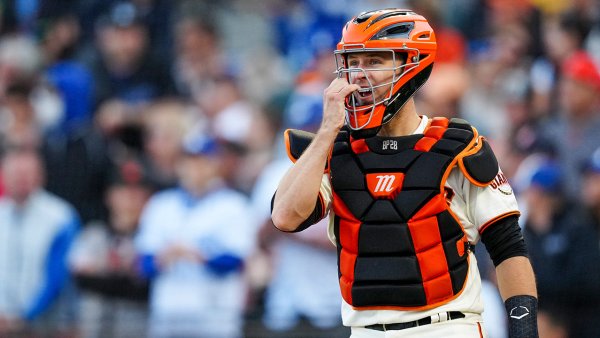 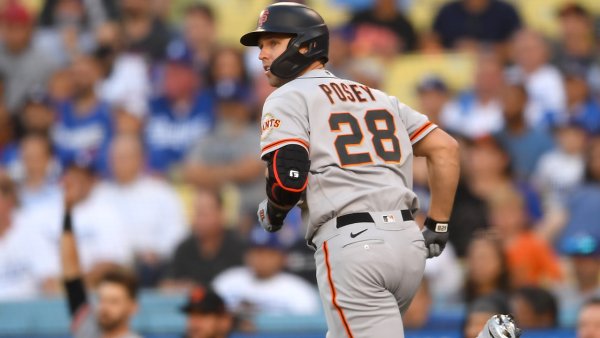 Posey's case won't be based on WAR or hits or homers, though. It will revolve around three areas.

First, there's the trophy case, and few in the history of the game have matched it. He was NL MVP in 2012 and should finish in the top 10 this season, which would be his fourth time. Only 11 catchers have ever done that and all but Joe Mauer -- who is not yet eligible -- are in Cooperstown. Posey also has a Gold Glove, a Rookie of the Year and a batting title. He made his seventh All-Star team in 2021, won his second Comeback Player of the Year Award, and should soon add his fifth Silver Slugger Award.

While the raw numbers put him behind the most recent catchers to make the Hall, Posey will retire with a résumé filled with remarkable consistency. The 2021 season was his sixth batting over .300 and he'll retire as a .302 lifetime hitter with a .372 on-base percentage and .460 slugging percentage. He pushed his career OPS+ to 129, the fourth-highest of any player who caught at least 1,000 big league games.

Finally, there's all that winning. Posey caught every inning of three World Series runs and returned from a year off as a 34-year-old to be the primary catcher and hit in the heart of the lineup for a 107-win team.

Posey will go down as one of the biggest winners of his generation, and he leaves the game without so much as a hint of controversy.

Even the way Posey is retiring should burnish his case. One of the best players of his generation is walking away from the game after an All-Star season to spend more time with his four young children, and the outpouring of positivity from baseball writers Wednesday should be a sign of things to come five years from now.

That's when Posey will be eligible for the first time, and it should be his only time on the ballot.