The 49ers went for the Big Man Touchdown on Sunday in Jacksonville, but couldn't convert.

Leading comfortably against the Jaguars in the third quarter at TIAA Bank Field, quarterback Jimmy Garoppolo tried to throw to left tackle Trent Williams -- who was lined up on the right side -- on third-and-goal from the 1-yard line.

Garoppolo overthrew Williams, who ended up being covered by two Jaguars defenders.

If Garoppolo and Williams had connected, it would have been the eight-time Pro Bowl offensive lineman's first career NFL touchdown.

Instead of kicking the field goal on fourth down, coach Kyle Shanahan decided to go for it, and Garoppolo hit All-Pro tight end George Kittle in the end zone for a 1-yard touchdown to give the 49ers a 27-3 lead over the Jaguars. 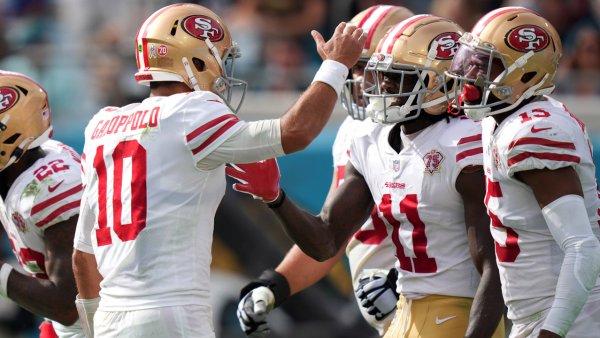 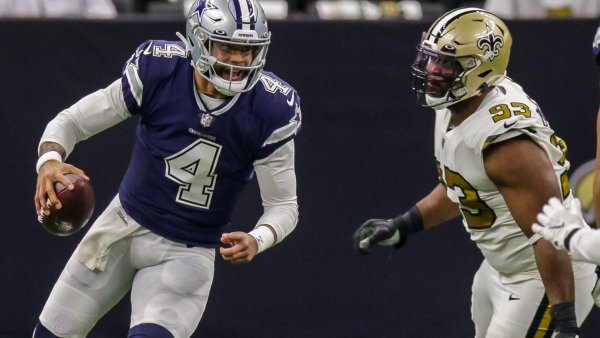 Kittle now has 17 career receiving touchdowns, including one in each of his last three games, while Williams still is searching for his first. In due time, it will come.