The path the Warriors would have to travel to rescue Damian Lillard from the Trail Blazers is steep and narrow and slippery. It’s a willingness to jeopardize the future for a YOLO test of courage.

But if Blazers general manager Neil Olshey is enough of a mark to meet them halfway – i.e., not demanding Stephen Curry or Klay Thompson or Draymond Green – it’s a road worth pondering despite the terror involved.

The Warriors reportedly have discussed the possibility, and there is no reason to believe they haven’t. No potentially available impact player escapes their acquisition radar. They always aim high, and work down from there.

Truth is, any quality team that can get Lillard without breaking up its young core has to make the move. Love his heart. Love his shot. 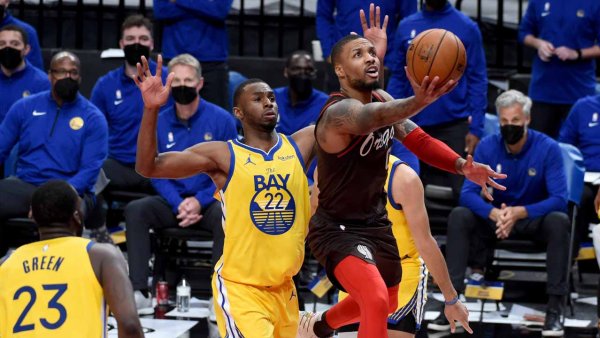 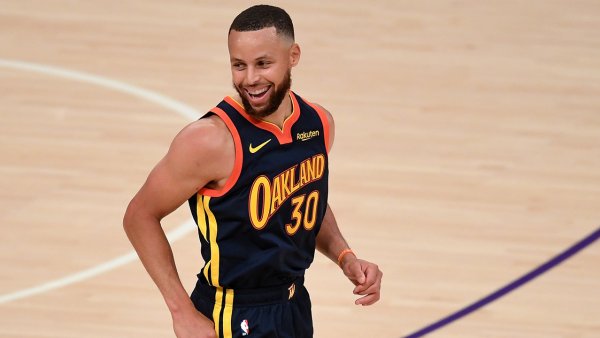 Another truth, and this one is particularly germane: Golden State’s core is not young by NBA standards.

Any trade of this magnitude faces exceedingly long odds and almost certainly would involve at least the two 2021 lottery picks (No. 7 and No. 14), as well as two young starters, Andrew Wiggins and James Wiseman. The Warriors would be seizing today and sacrificing the best hopes for tomorrow, always a risky proposition.

It would be, however, be undeniable proof that CEO Joe Lacob and team president Bob Myers are all-in on maximizing the availability Curry (33 years old), Green (31) and Thompson (31, coming off consecutive season-ending lower-body injuries). Lillard turns 31 on Thursday.

Though this would be great for the win-now crowd, it would be disastrous for the roster-building process. Though, granted, this aspect of the Warriors is under immense scrutiny, and deservedly so.

For the Blazers, trading Lillard would mean they’ve given up on the likelihood of a player often identified as one of the most effective leaders in the NBA leading them to the top. And, given Dame’s popularity in the Pacific Northwest, Olshey would have to go so deep into hiding that Dub Nation’s best detectives would fail in any attempt to send flowers, teddy bears and thank-you cards.

But imagining Lillard as a Warrior, sharing the court with Curry and Thompson and Green, is to visualize the ultimate floor-spreading offense. Curry is the father of the deep 3-ball, Lillard is his twin three seasons delayed. The fireworks generated by this bunch would consistently push defenses to the edge of surrender.

Golden State’s defense would have, um, serious challenges. Draymond is tremendous on that end. Thompson was great but reasonably would need another year to approach that level. Curry is respectable. Lillard has, for most of his nine-year career, been mediocre.

A Curry-Lillard backcourt wouldn’t be the shortest in the league – that’s Toronto’s Kyle Lowry and Fred VanVleet, at least until Lowry is moved – but it would be undersized.

So, any deal that brings Dame home would force the Warriors to have an urgent need for rangy, versatile defenders willing to work for the NBA version of minimum wage. Any offense would be a bonus.

Is this a championship formula? No. It’s tasty eye candy, designed to whet the appetite of a league placing a premium on scoring. My goodness, the Warriors would be the most entertaining offense in the NBA.

There is a decent chance Lillard, who has been loyal to Portland since the day he arrived, will be traded sometime over the next year and change. His frustration with the team’s failures is evident, it seems likely that he would want to spend at least one season under Dame-approved new coach Chauncey Billups.

Olshey’s once-secure status is said to have wobbled in the wake of his amateurish orchestration of the news conference to introduce Billups. It’s long been thought around the league that Olshey is the weakest link in Portland, and that presser did him no favors.

Should the Warriors force the issue? Bringing Dame home to the Bay Area is more appealing in theory than reality. So, nah.

Not if they want to dramatically improve their chance of winning a championship over the next couple seasons.

And not if they want to give themselves the best chance of being a consistent contender.

That, folks, is the trickiest endeavor in sports, and it always requires infusions of fresh young talent. It’s hard to build great teams if draft options are limited.