SAN FRANCISCO – Making a candid attempt to explain his terrific start, Draymond Green sat at the podium Sunday night telling the kind of introspective truths that go beyond analysis related to teammates or coaches or the game of basketball.

This was a man shining a light on his reorganized priorities, and how his passion for winning basketball is influencing his lifestyle.

Clue: The man seen chugging tequila while celebrating Team USA’s gold medal run in the Tokyo Olympics last summer has put down the bottle and recapped it.

His body thanks him, perhaps as much as the Warriors.

“I feel incredible and I take better care of my body today than I ever have,” Green said after the Warriors rolled to a 119-104 win over the Toronto Raptors at Chase Center. “I don’t drink, really, anymore, like I used to; I used to go after it a little bit. I’m 31 years old now, so I try to do all the necessary things to make sure my body is in shape and ready to go. I’m lifting more than I ever have.

“When we play on the road and we get off the plane, I can run down the stairs,” he added. “Before, I used to creep down those stairs, knees hurting, feet hurting. I feel incredible. It’s not a worry for me at all, whereas before it was.”

These are career-altering decisions that can generate a new outlook. Draymond’s reasoning is clear and he was blunt in his assessment, saying he has “been s-----y the last couple years,” which, among other things, deprived his children a chance to appreciate daddy.

“Most importantly, I want to win,” he said. “I want to be Defensive Player of the Year again and I want to be an All-Star again. That is motivating me. A lot of people have counted me out -- the same mistake people made before (2012), when I first came into the league. But a lot of people doubted me, and doubted me again, and that’s fuel to the fire.” 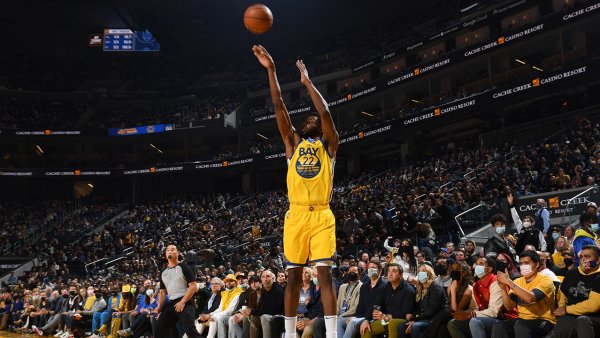 As the Warriors were sliding down the NBA status pole, to the bottom in one year before rising to the thoroughly unsatisfying middle last season, Draymond heard the whispers. How could he not? They had become incessant chatter, particularly on social media.

Draymond is washed. If only the Warriors could trade him. His best is behind him.

The decline of the Warriors was for many a three-part act, beginning with the devastating injury to Klay Thompson, followed by the departure of Kevin Durant, followed by the diminishing effectiveness of Draymond Green.

The losing took a toll on Draymond, as did the conventional wisdom implying the Warriors were limited to going only as far as Stephen Curry could take them.

The Warriors have won 15 of their first 17 games this season. Minds are changing. The respect that has eluded them since the 2019 NBA Finals is coming back to their doorstep, and Green has been a massive factor.

“I’ve been pretty good to start the year, and that rolls right in hand with our team being good,” he said.

“I’ve just kind of found that love again. You kind of go through a lot of s—t and the love kind of wanes a little bit. But I’ve found that love and joy of the game, just enjoying playing basketball and controlling what I can control. A point of emphasis for myself was simply to control what I can control. That means on the court, that means with the referees, that means off the floor. That’s just a step in my life and it shows on the basketball court.”

Always among the league leaders in technical fouls, Green has only two so far, tied with Jordan Poole for the team lead but four behind league leader Rudy Gobert. Green’s individual numbers generally don’t stand out, but he leads the team in assists and rebounds while simultaneously being most responsible for Golden State’s top-rated defense.

“He’s basically the anchor of our defense,” Otto Porter Jr. said of Green. “With his energy, we feed off it.”

It has been contagious, on both ends, largely because Green is back to being a bundle of effective energy willing to use the blunt end of his personality to push the team to higher heights. He’s an improved version of the guy he was four years ago.

There are 65 games remaining on the schedule. Reinforcements are coming. Klay Thompson has yet to play, and the hope is that returns sometime next month. And that 7-foot-1 center James Wiseman will make his season debut around the same time.

Draymond sees an opportunity to get back to the top of that status pole, and he’s committed to going for it. If that means being a better example for his children and his teammates, he’s in.

Though the Warriors are not yet whole, the man who completes them might be as whole as he has ever been.