There were big expectations for the 49ers heading into the 2020 season. After coming up 10 minutes short of a Super Bowl title, many expected Jimmy Garoppolo, George Kittle and Co. to rip off a "Revenge Tour" en route to a championship.

But that "Revenge Tour" never got out of the starting blocks, as the 49ers were decimated by injuries from the opening kick-off. The 49ers had an incredibly successful offseason that has seen them get back to full health and re-sign most of their key free agents, including star left tackle Trent Williams.

The decision to trade up and draft North Dakota State quarterback Trey Lance has received most of the headlines, but the rookie isn't expected to start in 2021. No matter, though, as Kittle has no doubt the 49ers are primed to be special in 2021. 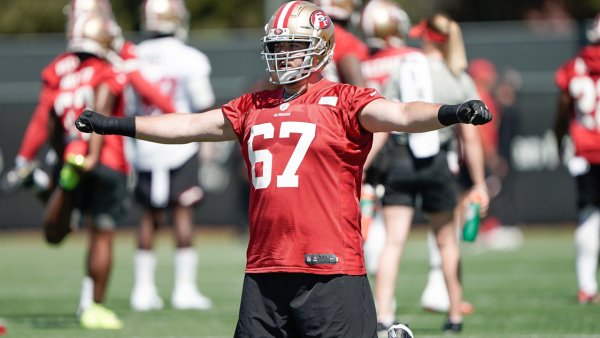 How 49ers' Offseason Injuries Already Are Impacting Their Depth 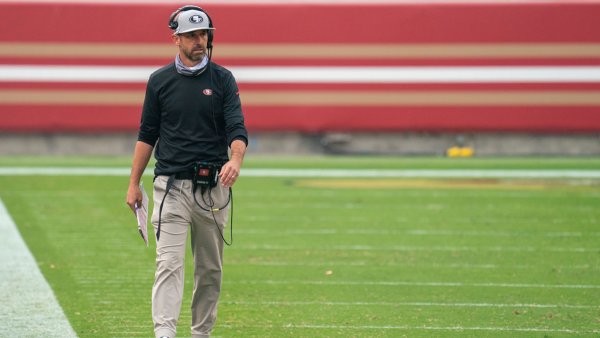 "I don't know if you guys saw this, but Nick Bosa is coming back and we re-signed Trent Williams, so those guys are pretty good at football from what I remember," Kittle told "Good Morning Football" on NFL Network on Tuesday. "They are pretty decent. And on the opposite side of Nick Bosa, you got Dee Ford, you got Arik Armstead. You know, I just saw something on ESPN that said, 'Who are the top pass rushers in the NFL?' Nick Bosa didn't even make the top 10, which that's crazy to me because that dude won [NFL Defensive Rookie of the Year] and he's just going to keep getting better and better.

"You know, people tend to forget when you take a year off, but it is what it is. We bring back our All-Pro linebacker Fred Warner and the two young guys on the outside of him, and have been learning and had great OTAs. Then, we bring back five starters in the secondary, like our defense is scary. And, as was shown in the Super Bowl, if you can't move the ball against a defense then you can't put up points. Defense wins championships.

"Like I said, at the end of the day, we re-signed Trent Williams back, we got [Raheem Mostert], the surfer, back in the backfield and we got some decent wide receivers and I think we have an OK tight end. So, I just think we're going to roll with it and we're going to have some fun with it, and I think [Kyle] Shanahan is just going to enjoy playing with all the toys he has got."

As long as the 49ers can stay healthy, they should be among the favorites to win the NFC, along with the Los Angeles Rams, Tampa Bay Buccaneers and Green Bay Packers (if Aaron Rodgers shows up).

However, the 49ers already had three important players suffer injuries at OTAs, which promoted Shanahan to cancel the rest of the offseason program in order for his team to maintain relative health for training camp.

Garoppolo, who Shanahan said had his "best spring" of his 49ers tenure, is expected to be the starter in 2021, although the door isn't closed on Lance catching and passing the 29-year-old veteran.

Lance's arrival has motivated Garoppolo to raise his game, and that can only bode well for the 49ers as they look to return to Super Bowl contention this fall.

Kittle is confident the 2020 disappointment will be an outlier, and the dominant 49ers of 2019 will be back this season. If Kittle, Bosa and the rest of the key 49ers can stay healthy, then the tight end's words could very prove to be prophetic.