There is a tunnel that runs perpendicular to the clubhouse entrance at Oracle Park, and for years Brandon Crawford has stopped there after games. First, it was to say hi to his daughter, Braylyn, who was born after Crawford's second season. Then Jaydyn joined the mix, and eventually Braxton and Bryson.

In 2019, Crawford would stop, win or lose, to say hi to four excited young kids who just wanted a hug from their dad, regardless of whether the Giants had won or lost, but last year the routine changed. The ballpark was empty, and all players heard as they walked through that tunnel was the sound of spikes hitting the floor.

Fans will be back at Oracle Park on Friday, which means families will be back, too. Players and coaches are looking forward to it, and they got a sneak peek this spring when many wives, girlfriends, parents, siblings and children attended games at Scottsdale Stadium. When the Crawfords went to a game for the first time in exactly one year and two days, the shortstop didn't have to look hard to pick his four children out of the crowd of about 1,000.

"I think everybody probably heard my kids here at the game today," he said, smiling. "I don't know if you could call it a benefit, but that was one part of having a small crowd." 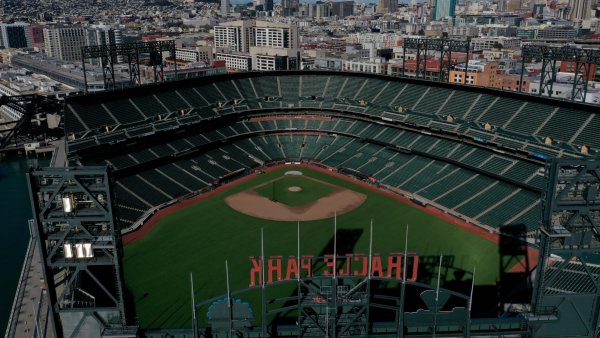 COVID-19 Means a Different Kind of Home Opener for the Giants, Fans 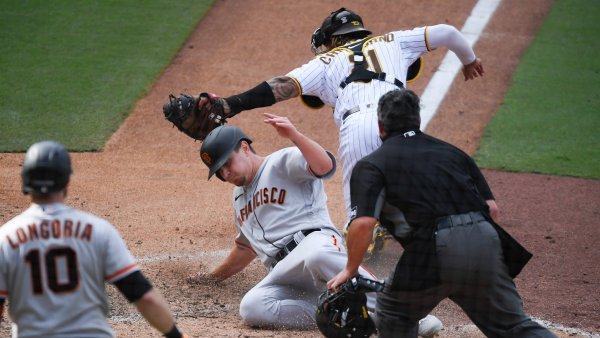 The Crawfords are missing a few days of school to come up from Scottsdale and be at the home opener, and they'll be surrounded. The family section is opening back up, although there will be some modifications.

Like with the rest of the ballpark, social distancing will be enforced. That also means the end, for now, of one of the perks of being a Giant. The organization long has had a family room right near the clubhouse, essentially providing a babysitter during games, but that room will be closed for now. Still, Giants with and without children are thrilled that they'll be able to look up and see family members and friends again.

"It's always nice to be able to -- once you're done pitching -- see them after a game, and also being able to look up and see them during the games when I'm not throwing is pretty cool," starter Logan Webb said. "I'm lucky that I'm from California and play with the Giants and I'm able to see all of them pretty much every time I'm pitching. I'm excited to have that again."

Webb and Mauricio Dubon are from Sacramento, which means a quick trip for their loved ones, but also a lot of ticket requests. Dubon said those started flooding in as soon as the Giants announced fans could return to Oracle Park, but he didn't mind at all.

The Giants expect a little more than 8,000 fans in the seats for the home opener against the Rockies, with strict rules about masks, distancing and where they can go. Because there's so much turnover on the roster, Friday's game will be the first chance for many family members to visit Oracle Park.

Of the 26 players on the opening day roster, 13 have arrived since the end of the 2019 season, including ace Kevin Gausman, who faces the Reds on Tuesday. Gausman's wife watched on TV throughout the 2019 season, but got back to Scottsdale Stadium this spring to see the new version of her husband.

"She hasn't seen me pitch in a year, so she was like, 'Hey, you looked pretty good out there,'" Gausman said. "It's one of those things that's crazy to think of. I took my daughter to (a spring) game and she hadn't been in a year. It was her first one and she was loving it, so I'm definitely looking forward to that."

Gausman has a lot of company in that department. Anthony DeSclafani's son, Cru, was born last August and attended his first game when the Giants visited Petco Park this week. Alex Dickerson's son, Levi, was born in September and also got a taste of big league life during the road trip. Dickerson talked excitedly this spring about getting to share the experience, then started laughing.

"I guess I almost fouled a ball off and hit him," he said. "I told my wife to protect him out there, so I guess I've got to kind of watch out now."

When Levi visits Oracle Park this season, it won't just be the relatives of his dad's teammates that he's meeting. General manager Scott Harris is a Bay Area native who has a mother and brother who are diehard Giants fans. They were at his introductory press conference after the 2019 season, but haven't yet seen the team he's building. Manager Gabe Kapler still hasn't managed a Giants game in front of friends and family and said he's looking forward to his mom visiting at some point. His oldest son, Chase, plans to spend most of his summer in San Francisco while interning at Dell.

Kapler's staff might have more ticket requests than the roster, and that has nothing to do with its notable size. More than half of the group is on a big league coaching staff for the first time, and there are some local ties. Hitting coach Donnie Ecker is from Los Altos and assistant coach Alyssa Nakken is a Northern California native who has not had family in the ballpark since she made history last January.

"My parents, my brothers, they've been so supportive of me throughout my entire life," Nakken said on the Giants Talk Podcast. "I'm really looking forward to the time where they can come to the ballpark and feel really, really safe and there's thousands of fans in the stands. All of our guys deserve that. We're really excited."