SAN FRANCISCO -- The Colorado Rockies came into Oracle Park on Monday with a negative run differential but a 16-12 record. The Giants entered the series having lost five of their last seven. But over three games, the two teams looked like they should be playing in different leagues.

The Giants finished the sweep with a 7-1 win on Wednesday afternoon, which gave them a five-game winning streak on the heels of a five-game losing streak. In three games, they scored 24 runs on 33 hits.

Evan Longoria was 0-for-5 in his return to the lineup, but the Giants got hits from six different players and RBI from five of them, with LaMonte Wade Jr. and Brandon Crawford leading the way. Wade had three hits, a walk and drove in a run. Crawford put the Rockies away for good with a homer.

The Giants are off Thursday before heading to St. Louis and Denver, where they will try to extend their 10-game winning streak against the Rockies.

If you still have a chance to acquire Alex Cobb cheaply in your fantasy league, you should take a short break from reading this and go get him. Cobb entered the day with the lowest expected ERA (1.25) of any starter in the big leagues, but a 4.80 actual ERA because of brutal luck. He ranks in the 94th percentile in hard-hit percentage and 82nd percentile in whiff percentage, and on Wednesday, everything finally lined up.

Cobb allowed just three hits and one run in 5 1/3 innings, striking out six. All three hits were singles. The overall numbers aren't there yet, but Cobb has thrown very, very well when healthy. 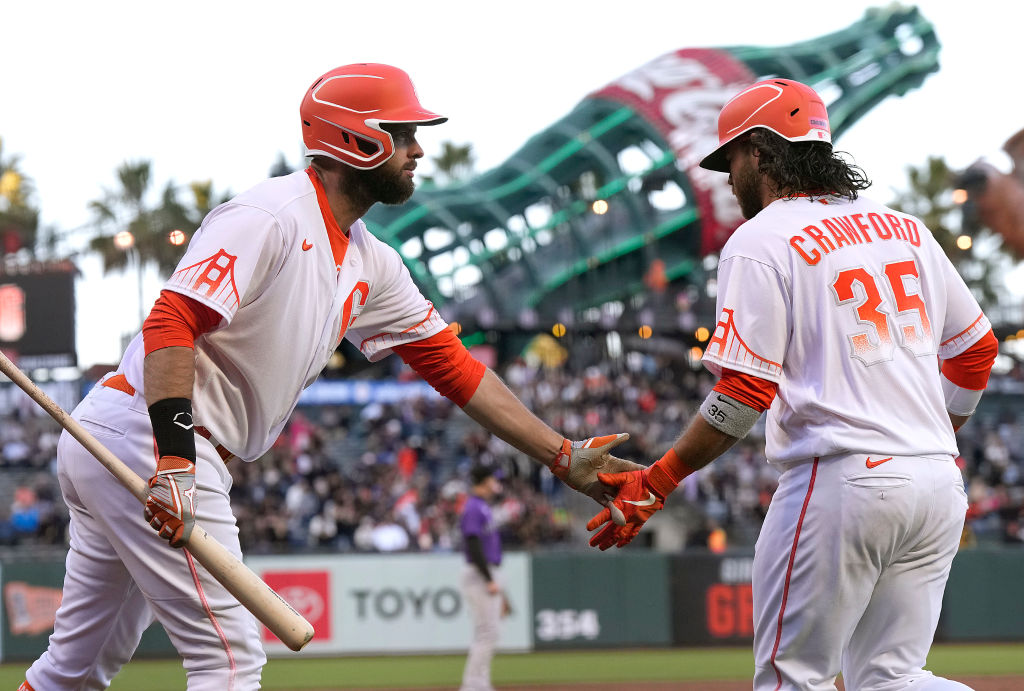 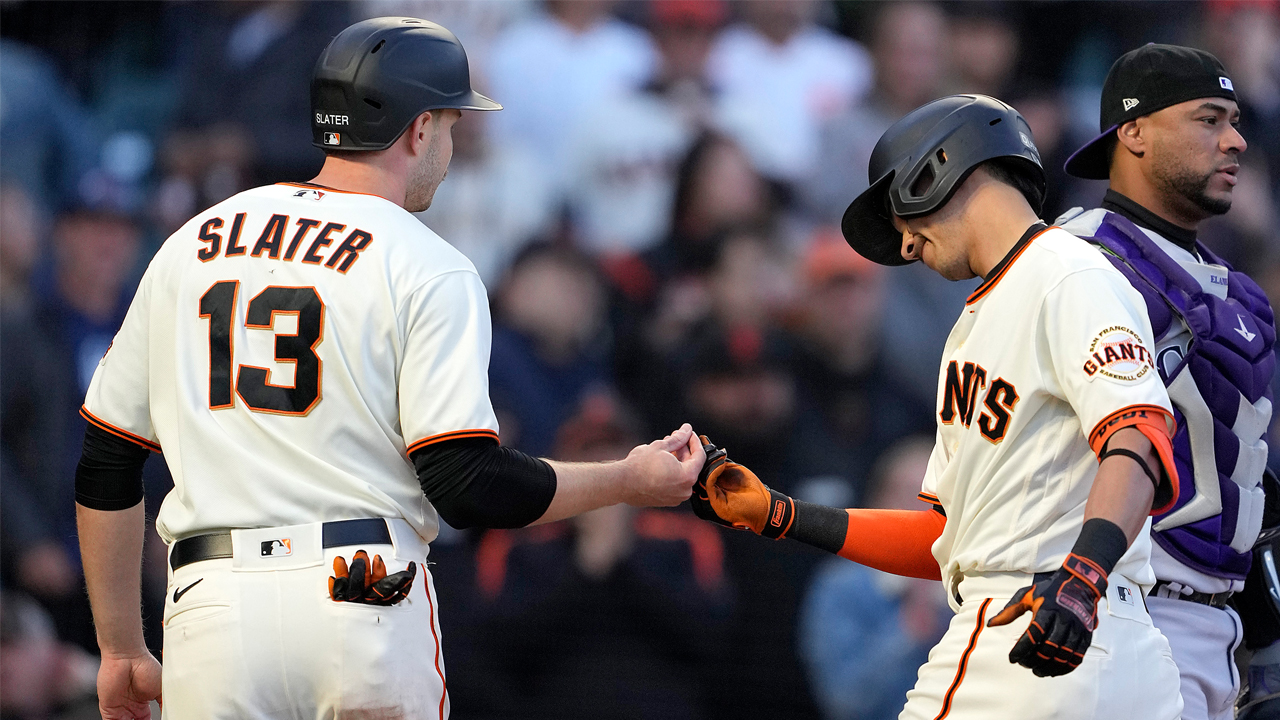 The strikeouts have piled up for Joey Bart so far, so it's no surprise that his numbers with two strikes have been ugly. But in 0-2 counts, it had been particularly bad. Bart entered the day 0-for-21 with 14 strikeouts when he fell behind 0-2, and he picked up another one in the third inning. Bart fell behind 0-2 in the fourth, as well, but he lined a 94 mph fastball from Chad Kuhl back up the middle for an RBI single that gave the Giants a 2-0 lead.

The RBI was the sixth of the season for Bart, but his first in May. It helped turn the lineup over and Brandon Belt followed with a sacrifice fly that tacked on another run.

This series really showed how important infield defense is, and how crucial it is for the Giants that Crawford is out there pretty much every single day. But Crawford came through with the bat, too.

With the Giants holding a 3-0 lead in the fifth, Crawford drilled a low slider into the first row of the arcade section in right-center.

The two-run homer was his third of the season and first this year at Oracle Park.

Crawford later teamed up with Bart for a nifty defensive play that ended the seventh. Garrett Hampson tried a delayed steal of second and Bart alertly threw down to the bag even though nobody was covering yet. Crawford was shifted over behind second, but he ran down and put a tag down on Hampson.