CHICAGO -- Every Kris Bryant at-bat on Friday afternoon at Wrigley Field was accompanied by loud cheers, with the first one coming after a lengthy standing ovation from Cubs fans. The Giants made sure that was the only cheering the locals got to do.

Evan Longoria and Brandon Belt led the offense and the bullpen had another spectacular day as the Giants beat the Cubs 6-1, extending their winning streak to five games. They have been flawless on this road trip and improved to 91-50 with 21 games to go, lowering their magic number to clinch a playoff spot to five.

The Giants went down quietly against Kyle Hendricks until the sixth, when LaMonte Wade Jr.'s bloop to left scored Belt. That was the final frame for Hendricks, one of the only holdovers from the glory years here, and the Giants immediately took advantage of a bullpen going through a transition.

With a runner on and no outs in the seventh, Longoria blasted a fastball to the second-to-last row of seats in the left field bleachers. Four batters later, Brandon Belt added a second two-run shot as the Giants pulled away and handed a healthy lead to the back end of their bullpen. 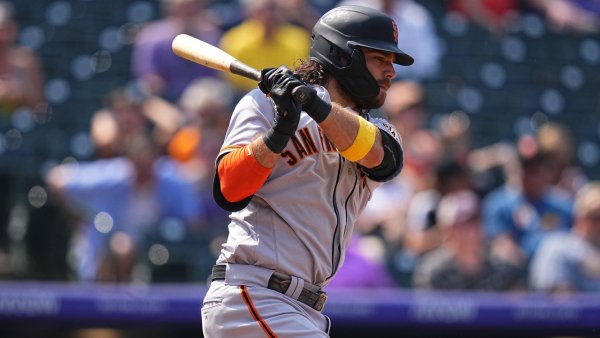 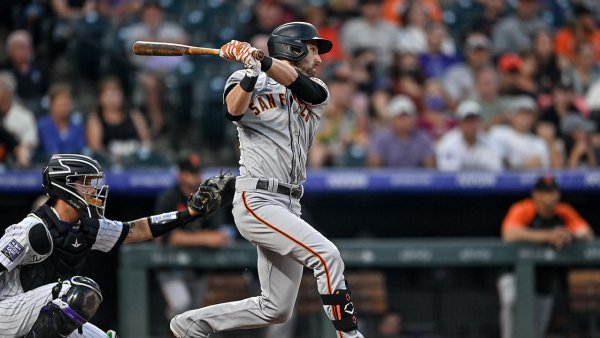 For some reason, Belt had a 'C' taped to his chest throughout the game. And by taped, we mean it might have literally been electrical tape.

There's more on that coming, for sure, but it certainly seemed to work. Belt reached base in his first three plate appearances and then lined a two-run shot into the basket in left to pad the lead shortly after Longoria's homer. The blast was Belt's 22nd of the year, extending his career-high and tying him with Mike Yastrzemski for the team lead.

As Belt got back to the dugout, he smiled and patted his chest as he approached manager Gabe Kapler. He legitimately might be The Captain now.

Longoria has been the Giants' most dangerous hitter for stretches of the last two seasons, but he was hitting seventh on Friday in a loaded and healthy lineup. There's still plenty of pop in that bat, though, and it showed when Trevor Megill threw a 98 mph fastball right down the pipe on a 3-2 count.

Dominic Leone made his second "bullpen day" start and tied a season-high by throwing two innings. This was just the second time as a Giant that Leone recorded more than three outs and he threw 36 pitches, his second-highest total of the season. With the Giants shifting their rotation around and eliminating Saturday's bullpen game, Gabe Kapler could afford to stretch Leone out.

The third attempt at bullpenning actually went really well. The Cubs took the lead when Frank Schwindel blasted a solo homer in the fourth, but that was the only run against the five relievers who got the ball to Tyler Rogers in the bottom of the seventh. That bullpen allowed just two hits and struck out nine.

The bullpen even picked up a second hit in the last week, with Zack Littell joining Jose Quintana. Littell smoked a single to right in the fifth inning for his first career hit.